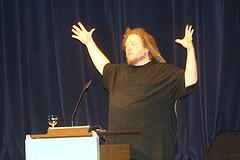 Jaron Lanier, a computer scientist and artist, warned against a fanatical and totalitarian belief in the power of technology

01-18-2021 | Advertising, Media Consulting, …
Web Strataegic
Web Strataegic
Webstrataegic is started by women empowerment and young youth is working together with positivity. Webstrataegic is a focused company for digital marketing which brings high-level support to market leaders and brands who are providing webshop, different portals, and much more digital sources. Our Company will make 100% effort to improve Business leads of clients by Digital Marketing all over the world and will make a difference in evolution in this
11-02-2020 | IT, New Media & Software
Webocity Technologies
Web Development Agency
Webocity is an excellent Website Development Company in Delhi NCR, India. We thoroughly comprehend the objective of website development for each of our clients. Whether you are looking at improving sales of your physical products through online presence or selling digitals products or may be seeking it as a means of advertisement to your clients. Being a Leading Website Designing company in Delhi, We have a team of dedicated professionals
08-25-2011 | IT, New Media & Software
Altia, Incorporated
Altia Overhauls Web Experience
Colorado Springs, CO - August 24, 2011 – Altia, Incorporated, provider of a powerful suite of user experience development and code generation tools, has launched a new company website this week. The new website combines all of the elements of Altia’s previous web offerings together with an updated look and feel. Our product demos showcase Altia tools at work in a variety of embedded applications. Also, the new site has been
02-18-2011 | Media & Telecommunications
KeepCalling.com
KeepCalling Launches WEB CALL
Starting February 2011, Keepcalling customers can use their online accounts to make PC to phone calls and to send out SMS's to their friends and family. The new WEB CALL application was created in order to help people stay in touch with their dear ones from back home. Now KeepCalling customers can make international calls at the same great rates from all over the world even if an access number is
01-08-2007 | IT, New Media & Software
Cratima
Passionate about web sites
BUCHAREST, Romania - 8th of January, 2007. The company represented by the web site is Northern Counties. This is a company of independent insurance brokers which has formed back in 1928. With over three quarters of a century of insurance experience, Northern Counties have grown to become one of the UK's Leading Insurance Brokers. They provide all types of non-life general insurance and hold agencies with some of the largest
02-13-2006 | Advertising, Media Consulting, …
NetTrackers
Web Conferencing
Online web conferencing is when a couple of people or groups of people have meetings or even give presentations over the Internet. For those who were involved in computers when they first came on to the market, a web conference meant something much more different than it does today and referred to online communication within the confines of a message board or forum. Today, a web conference is strictly considered
Comments about openPR
We publish our press releases on openPR.de because we like people who are "open" - just like us.
Frank Obels, CEO, INCONET - Informationssysteme, Communication und Netzwerkberatung GmbH