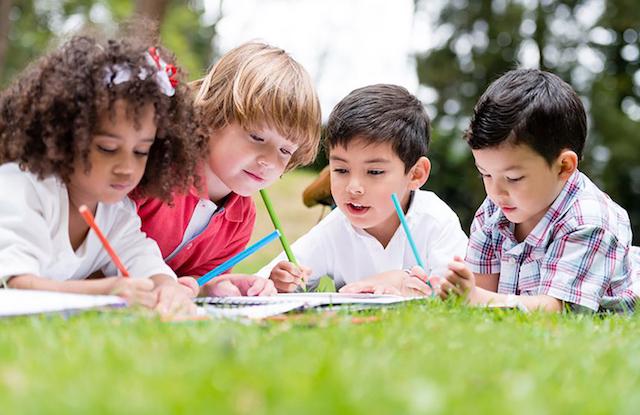 Worldwide, allergies are on the rise, and in South Africa a staggering 40% of sufferers are children, according to the Allergy Foundation of South Africa - affecting quality of life and learning potential. The problem, and solution, to common allergy symptoms, says world-renowned nutrition expert Patrick Holford, is diet.“One in three children with behavioural problems have allergic reactions to foods. Other than overt physical reactions, individual food allergies can affect thought processing and cause irritability, agitation, aggressive behaviour, nervousness, anxiety, ADHD, autism, hyperactivity and learning disabilities,” says Holford.A trial study conducted by Dr Joseph Egger, head of the Pediatric University Hospital in Munich, Germany, and his team in 1985, which studied hyperactive children to find out whether diet could contribute to behavioural disorders, found that 79% of the children participating reacted adversely to artificial food colourings and preservatives, but also found that different foods produced the same symptoms in different individuals.“In the 1980s, researchers found plenty of evidence that allergies affect any system in the body and are behind a diverse range of symptoms, yet this research has largely been ignored since,” says Holford. Patrick Holford is a pioneer in new approaches to health and nutrition, specialising in the field of mental health. Having suffered throughout his childhood and adolescence with migraines, sinus infections and ear infections, Holford sought a solution and discovered that his troubles were due to milk and yeast allergies. “The truth is that the majority of people are likely to suffer for years not knowing that they have an allergy – but also not knowing how to treat it,” says Holford. Not to be confused with an intolerance or sensitivity, an allergy is an exaggerated physical reaction to a substance where the immune system is involved. As our personal defence system, the immune system releases chemicals when it comes across a substance it doesn’t like. The chemicals released by the immune system in response to an allergy result in symptoms such as mood-, attention-, memory- and intellectual impairments, as well as behavioural problems, overt physical ailments and delayed reactions that make pinpointing the allergy difficult. Other symptoms of a food allergy include nausea, cramps, flatulence, fatigue, throat trouble, sweating, skin rashes, acne and boils, migraines, apathy and confusion, depression, and paranoia.“The good news is that you can grow out of most food allergies and reduce your child’s allergic potential,” says Holford.According to Holford, the best way to prevent and reduce allergic potential in your child is to stick to the following dietary guidelines: 1. Completely remove wheat and dairy products from their diet for a month or so and see if their symptoms improve. 2. Have an IgG ELISA food allergy test done and see a nutritional therapist. 3. Improve your child’s digestion by including plenty of fresh fruit, vegetables and seeds in their diet. 4. Ensure you keep antibiotics and painkillers to a minimum, as they damage the digestive tract. 5. Include fish in their diet to ensure that they are getting sufficient Omega 3 oil, Zinc and Vitamin A. 6. Avoid foods containing chemical food additives. The most common ones to look out for are aspartame, tartrazine and MSG. 7. Eat whole, natural foods as much as possible. 8. Choose organic food (free from pesticide residues).For further information on food allergies, nutrition and childhood behavioural problems, visit www.holforddirect.co.za.NutritionistShop 1 and 2 30 Hilton Avenue Hilton 3245

02-26-2021 | Business, Economy, Finances, B …
Thermoseal Group Limited
Thermoseal Group is an International Fast Track 200 Business
As published in the twelfth annual Sunday Times HSBC International Track 200 league table, Thermoseal Group, the UK’s leading warm edge spacer manufacturer and supplier of over 2,500 insulated glass (IG) components has been ranked no.96 in the league of businesses with fastest-growing international sales. Sunday Times HSBC International Track 200 league table was published on Sunday 21 February 2021 and ranks Britain’s mid-market (total sales of £25m+ and international sales
07-23-2019 | Industry, Real Estate & Constr …
Themoseal Group
Thermoseal Group to Celebrate a Decade of Sponsoring the G-Awards
For the 10th year in a row, are sponsoring the Glass and Glazing Industry’s G- Awards Champagne Reception, hosted at the prestigious London Hilton on Park Lane Hotel. The Champagne Reception precedes the highly acclaimed G-Awards Gala Dinner presentation evening which, this year falls on 29th November 2019. The G-Awards recognises the Industry’s highest performing companies achieving and demonstrating exceptional standards within the year preceding the award. It is also
07-20-2017 | Industry, Real Estate & Constr …
Thermoseal Group
Thermoseal Group Sponsors the G17 Awards Champagne Reception
For the 8th year in a row, Thermoseal Group is sponsoring the Glass and Glazing Industry’s G17 Awards Champagne Reception hosted at the Prestigious G17 Awards ceremony to be held at world-famous London Hilton on Park Lane Hotel on 17 November 2017. The G-Awards sees some of the biggest names in the glass and glazing industry meet to celebrate the achievements of the industry. As the UK’s leading manufacturer of
08-02-2016 | Energy & Environment
Thermoseal Group
The Champagne’s on Thermoseal Group at the G-Awards 2016
Champagne will again be on free-flow with compliments of the 7th-year-in-a-row Glass and Glazing industry G-Awards Champagne Reception Sponsor - Thermoseal Group. The Champagne Reception precedes the G-Awards Gala Dinner presentation evening to be held on Friday 18th November 2016 at London’s world-famous Hilton Hotel on Park Lane. As the UK’s leading manufacturer of warm edge spacer systems – Thermobar and Thermoflex - and leading supplier to the insulated glass (IG)
07-19-2016 | Industry, Real Estate & Constr …
Thermoseal Group
Ooh! Ah! ThermoBAR! Join Thermoseal Group in Düsseldorf!
Thermoseal Group invites all customers and industry contacts to see their team on stand B15 in Hall 17 at the Glasstec International Trade Show in Düsseldorf from 20-23 September 2016. Invitations will also go out shortly for the Group’s hugely popular party on Wednesday 21 September at the ThermoBAR (McLaughlin’s Irish Pub) located in the Aldstadt – the same location as the 2014 party! ‘The ThermoBAR’ is dedicated to the
09-13-2011 | IT, New Media & Software
NovaStor
Leading Web Hosting Company, Fasthosts Chooses NovaStor to Power its Backup Serv …
Web hosting and service provider, Fasthosts, uses NovaBACKUP xSP to offer backup as a service to its growing customer base. Agoura Hills / (CA) USA, Hamburg / Germany, Zug / Switzerland, September 12, 2011 – Fasthosts, a leading web hosting service provider, chooses NovaBACKUP xSP from data protection specialist NovaStor to offer backup-as-a-service to its 400,000 plus customers. As a leading provider of hosted IT solutions, Fasthosts chose NovaStor for
Comments about openPR
OpenPR ist the nicest and most clearly laid out PR platform I have seen to this day. The press releases are displayed very nicely and clearly and without any unnecessary frills. The updates are fast and the finished release looks appealing and is clearly legible. Even with 16 years of experience one discovers new things from time to time. Congratulations!
Gabriele Ketterl, Director Marketing & PR, Menads