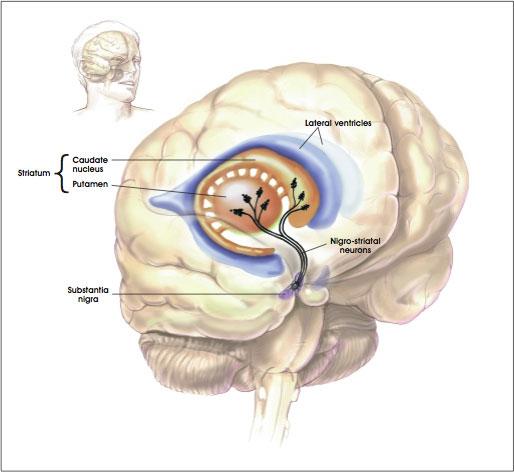 Overview: -Parkinson’s disease (PD) is a neurodegenerative disorder, that is caused due to the loss of dopamine production in the brain. It leads to progressive deterioration of motor function in the human body affecting the brain, and nerve cells. It can be recognized with the barely noticeable tremor in one hand, but is one of the most significant symptoms that can help the doctors in recognizing Parkinson’s disease at an early stage. Parkinson’s disease is noticeably caused due to various environmental factors, and genetic mutations. In addition, it causes problems such as thinking difficulties, depression, and emotional change, swallowing problems, sleep disorder, constipation, and bladder problems.Parkinson’s disease is the second most common neurodegenerative disorder after Alzheimer’s. The number of people globally suffering from Parkinson’s disease is around 10 million, or it ranges around 41 people per 1,00,000. Men are likely to get affected 1.5 times higher than a woman.Request Sample Pages for more Professional and Technical insights @ http://bit.ly/2SI2F1KParkinson’s disease, can be recognized initially through decreased movement of arms while walking, stiffness, slowness in performing any task. Moreover, some secondary symptoms include anxiety, depression, and dementia. This disease is found in the individuals with age range of around 60 years, and impairment of the disease varies from person to person. The study shows that the time that primary symptoms are observed about 60 to 80% of dopamine-producing cells are damaged in the brain. This damage to the brain cell is caused due to neurons break down, leading to loss of brain activity, and some signs of Parkinson’s disease.Parkinson’s Disease Treatment Market to notice positive growth owing to its rising prevalence, and increasing awareness about the diagnosis of Parkinson’s disease at an initial stage.Growth Analysis: -Parkinson’s Disease Treatment Market is primarily driven by rising prevalence of Parkinson’s disease, due to increased life expectancy across the globe. For instance, the data presented by WHO in 2015, stated the average ‘life expectancy of a person was 70 years and would continue to increase. Additionally, a continuous surge in the investment by the leading players for discovering various treatment options for PD. Geographically, Japan has the highest life expectancy which makes it an effective location. Thus, the leading companies focus has now shifted toward the developing countries.Key players in the Parkinson’s Disease Treatment Market are: • Teva Pharmaceuticals Inc. • Novartis AG • GlaxoSmithKline Inc. • AbbVie Inc. • Merck & Company • Boehringer Ingelheium Inc. • Impax Laboratories • Sun Pharma • Valeant Pharmaceuticals • UCB Inc.For 'Queries' related to this research report, Make an Enquiry @ http://bit.ly/2SE3EjERegional Outlook: -Europe region is expected to dominate the Parkinson’s Disease Treatment Market over the forecast period. Europe holds major share owning to the continuous technological developments by the increasing R&D investments. While, North America is considered to hold the second largest market share among regions, but Asia Pacific is expected to grow rapidly during the forecast period. Growing patient count along with support from governments in terms of expenditure for developing healthcare infrastructure are the major factors that anticipate to govern the growth of Parkinson’s Disease Treatment in Asia Pacific region during upcoming years.Table of Content of Parkinson’s Disease Treatment Market:Chapter 1. Overview and Scope Chapter 2. Market Summary Chapter 3 Parkinson’s Disease Treatment Market Size and Forecast Chapter 4. Dynamics and Segmentation Chapter 5. Detailed Insight on Key Company Chapter 6. Research Methodology and Reference Chapter 7. Competitive Landscape TOC Continued…...!!!About Us: Polaris Market Research is a global market research and consulting company. The company specializes in providing exceptional market intelligence and in-depth business research services for our clientele spread across different enterprises. We at Polaris are obliged to serve our diverse customer base present across the industries of healthcare, technology, semi-conductors and chemicals among various other industries present around the world. We strive to provide our customers with updated information on innovative technologies, high growth markets, emerging business environments and latest business-centric applications, thereby helping them always to make informed decisions and leverage new opportunities. Adept with a highly competent, experienced and extremely qualified team of experts comprising SMEs, analysts and consultants, we at Polaris endeavor to deliver value-added business solutions to our customers.Contact Us: Mr. Neel Corporate Sales, USA Polaris Market Research and Consulting Phone: 1-646-568-9980 Email: sales@polarismarketresearch.com Web: www.polarismarketresearch.com