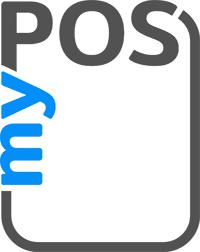 Christo Georgiev, fintech entrepreneur and founder of myPOS, has confirmed his intention to open two new flagship stores in major European cities by the end of the year. The opening is part of an initiative to bring the product closer to potential customers, giving them a hands-on experience and a live demonstration of what myPOS has to offer.
The two new stores will be opened in Barcelona, Spain and Paris, France – two of the most important markets for myPOS. “Our Spanish and French customers have always placed a tremendous amount of trust in us, and we in turn have worked hard to justify it,” Georgiev says. “Opening physical locations in Barcelona and Paris is an extension of that relationship. It’s important to test a product with your own hands before you choose to trust it, and if that’s true for TVs and phones why can’t it apply to POS terminals?”
The Barcelona store will open as soon as November, followed shortly by the Paris one before the end of the year.
myPOS has already opened several flagship stores this year, first in London back in February, then in Amsterdam, Sofia and Milan later in 2018. Future plans for 2019 include locations in Zurich, Bucharest and more.
What is myPOS All About?
myPOS is a company dedicated to helping small businesses grow by supplying them with a complete solution which enables them to process electronic payments. This comes not only in the form of affordable, multi-functional POS terminals, but also includes a free multi-currency account with a debit card, and most importantly, real-time transaction processing which results in instant access to available funds.
Memberships and partnerships
myPOS is FCA authorised, a member of Vendorcom, SWIFT, EPC and participant in the EBA Clearing.

09-17-2021 | Business, Economy, Finances, B …
myPOS
myPOS Announces Unprecedented Growth
LONDON – Sept. 16, 2021 – myPOS, the innovative fintech company serving small and medium-sized businesses, today announces its exceptional summer results. “In August, our merchants transacted 10 million times for a value higher than 500 million euros. That means four transactions per second,” said Jean Beaubois, myPOS World Chief Strategy Officer. “We are witnessing 80 percent year-on-year growth and are very happy to see that our merchants are open
05-05-2021 | Business, Economy, Finances, B …
myPOS
myPOS partners with Visa to launch myPOS Glass, a new acceptance solution turnin …
myPOS Glass is a low-costsolution designed for small businesses and addresses their need to accept digital payments withinh the context of the pandemic Sofia, 5 may 2021 - myPOS’s new mobile payment acceptance solution myPOS Glass, developed by the e-money institution iCard, aims to popularise contactless payments across Europe and offer small businesses innovative ways to accept cashless payments. The new solution has been approved by Visa for 11 pilot
03-30-2021 | Business, Economy, Finances, B …
myPOS
myPOS launches the elegant, powerful myPOS Slim device on the EU market
With an increasing number of businesses using barcode scanners to keep their inventory in order, European fintech myPOS has recognised this need and is tailor-making its offering to merchants in the European market with the brand-new addition of a new payment terminal. myPOS Slim is the ideal payment companion for a wide range of businesses including logistics and delivery companies/couriers as well as those in the retail and food &
01-21-2020 | Business, Economy, Finances, B …
myPOS
myPOS extends service offering of AMEX online payment acceptance
Leading European payment solutions provider, myPOS is extending its online payments acceptance of American Express (AMEX) cards. This payment solution is now available to all myPOS merchants receiving online payments though myPOS API integrations, checkout plugins, MO/TO Online Terminal, PayLinks and PayButtons. Previously, AMEX cards were only accepted through the myPOS payment terminals, while online acceptance was available to selected merchants only. Effective from 16 January 2020, AMEX payments are available