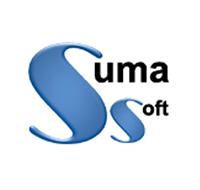 Software development entails many various kinds of languages and platforms according to the user’s need or requirement of the process. Among the well knowns are Java, Javascript, PHP, C, C++, HTML, Python, Ruby on Rails, etc. Python software development, a high-level programming language which was invented somewhere in the 1980’s, came in full-fledged existence in 1994, and become the successor of ABC language. Python software development has gained popularity due to its primary feature of simple syntax property. The language was purposefully implemented by Guido van Rossum in the Netherlands. What makes Python software development popular among programmers are definitely its great features. Points of the main distinction to other programming languages are Code readability, simplicity, accuracy and complex statements which are not complicated. With its efficient syntax, Python software development allows programmers to program the same concepts with lean lines of code, compared to other programming languages. That is not to say that other languages are not efficient and result oriented but Python is slightly uncomplicated for programmers to express their ideas conveniently. Python supports multiple programming models, automatic memory management, and is suitable for the creation of all kinds of software projects. The basics of development of python were to have a small core language and one simple way of doing things instead of offering many different alternative ways, which confuses programmers. Whilst it allows great extendibility to build complex programs as per the requirement and has proven to be adaptable to many different purposes. It is suited for portable, cross-platform development with rapid speed. Being scalable it is great for enterprise level projects to small start-ups. It will be undermining to say that Python software development is used for developing only certain applications. It's a tricky thing to say but there are three main popular application i.e. web development, scripting, data science-including machine learning, data analyzing, and data visualization. Python Modules and frameworks are: Django TurboGears Zope Plone Web2py Pylons Grok CherryPy PureMVC Quixote MoinMoin TracThe developers also have an option to use various several platforms and frameworks to reduce coding time and efforts and thus they can easily pick the correct framework to create user interfaces, web applications, and mobile applications rapidly. Overall, Python software development provides ease of programming to the developers and gives quick results for any kind of projects. To know more - https://www.sumasoft.com/python-software-developmentSuma Soft is an expert company providing complete Python software development services for small, mid and big level companies. It holds an expertise for 18 years and is backed up by a strong patronage.7880 San Felipe Street, Ste 120, Houston TX 77063-1647

09-05-2019 | IT, New Media & Software
Suma Soft Pvt. Ltd
Reasons why all start-ups and SME depend on an after-hours IT Help Desk Support …
Worldwide, organizations are taking some serious IT initiatives towards getting rid of software bugs, resolving IT issues from its core and improving customer experience. Sometimes, internal IT Help Desk Support team is not prepared for the unexpected issues and due to unawareness of who is doing what creates a mess which is also cumbersome. Reason? Organization’s IT department already deals with multiple tasks at a time, that too not 24/7. Each
03-26-2019 | IT, New Media & Software
Suma Soft Pvt. Ltd
4 ways IT Help desk services can help your organization
Today every business highly depends upon the IT infrastructure to increase their efficiency & stay competitive in the global market. IT infrastructure needs monitoring & maintenance for 24x7x365. The regular IT staff doesn’t have the time for 24X7 monitoring & maintenance. Therefore the company needs a dedicated team IT Help Desk Services team which can look after all IT infrastructure issues. Why IT Help Desk Services? IT help desk services are
12-03-2018 | Business, Economy, Finances, B …
Suma Soft Pvt. Ltd
Top Five Ways Threat Intelligence Solutions Help Your Business
As a business, it is crucial for you to look out for threats and potential dangers that lurk just outside the perimeter of your cyber defenses. Threat Intelligence, also known as cyber intelligence, is an additional layer of protection that has the ability to scan and predict potential threats before they can even manifest the business. Several organizations are opting to adopt threat intelligence solutions as a part of an
11-16-2018 | IT, New Media & Software
Suma Soft Pvt. Ltd
Samsung Mobile (Android) To Come In Foldable Models
After some time was spared in rumors around companies like Apple, Huawei, ZTE; Samsung has finally announced the launch of first of its kinds foldable phone which is going to arrive sometime next year for sale. The dual-use phone is an eye-opener in this decade of mobile innovation where since few years companies including Motorola, Nokia, Google, Lenovo, etc had brought minor changes to design or UI effects. This launch

04-12-2021 | IT, New Media & Software
DeepResearchReports
Python Courses Market Future Trends, Share, Size and Manufacturers Forecast
DeepResearchReports has uploaded a latest report on Python Courses Industry from its research database. Python Courses Market is segmented by Regions/Countries. All the key market aspects that influence the Python Courses Market currently and will have an impact on it have been assessed and propounded in the Python Courses Market research status and development trends reviewed in the new report. The new tactics of Python Courses Industry report offers
01-11-2019 | Science & Education
High Technologies Solutions
Part of Python Programming in Machine Learning
What is Python – a biological system, a programming language and an advancement procedure about them – which is the reason it is good for information science? Python has been appreciated a ton in ubiquity in different zones of improvement, for example, process robotization and scripting, general applications and web advancement. It has been a leading machine learning language. In this post, we will examine why Python is so critical
12-10-2018 | IT, New Media & Software
High Technologies Solutions
Reasons to Absorb the Python Language That You Cannot Ignore
Programming is a field of work that is vital to the IT division. The software engineers with immaculate programming abilities are profoundly esteemed and requested in the IT business. Today, many programming languages are being used, for example, C, C++, Java, JavaScript, ASP.Net, and others. Python is additionally one programming language that is very not the same as the other conventional programming languages. Python is picking up notoriety in the
07-26-2018 | IT, New Media & Software
GoodFirms
ELEKS Bags Position among the Top Python Development Companies Worldwide
ELEKS is the top-notch software and programming professional’s provider that are excellent in programming web solutions and application development in Python. Today, at GoodFirms ELEKS bags it position among the Top Python Development Companies worldwide based on the optimistic client feedback's and for their outstanding work they have proffered to their patrons. GoodFirms is a worldwide renowned B2B research, rating and reviews platform. It associates all sizes of businesses with the
05-22-2018 | IT, New Media & Software
MCAL Global
Free Demo Session on Python Machine Learning
Join us on https://www.eventbrite.com/e/introduction-to-python-machine-learning-httpsgotomeetmemcaltraining-tickets-46269644753 And attend free demo session of our live online instructor-led "Python Machine Learning" from Michigan US. Thu, May 24, 2018 9:00 PM – 10:30 PM EST 6:00 PM – 7:30 PM PST 6:30 AM – 8:00 AM IST to understand the basics of Python Machine Learning. We will review the core concepts of machine learning. You will understand the difference between supervised learning and unsupervised learning. When to use which type
03-27-2018 | IT, New Media & Software
www.sumasoft.com
Top 5 benefits of Python Web Development
In recent years,Python web development is in the spotlight owing to the variety of benefits it offers. Python is predominantly used for backend web development, data mining and machine learning. The Major Frameworks used in Python Web Development are: Django: Django is a high-level Python web development framework that facilitates rapid development; clean and efficient design.Django is mostly used for app development, it requires less coding and is secure. Pyramid: The Pyramid
Comments about openPR
We publish our press releases on openPR.de because we like people who are "open" - just like us.
Frank Obels, CEO, INCONET - Informationssysteme, Communication und Netzwerkberatung GmbH