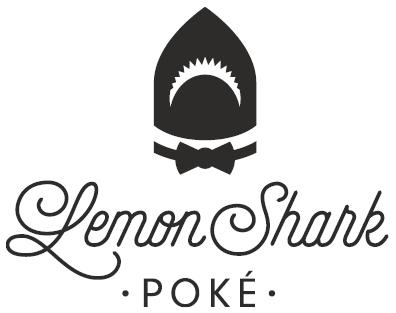 BEVERLY HILLS, Calif. (October 23, 2018) – LemonShark Poké, a “fine-casual” premium poké concept known for serving top-quality locally-sourced ingredients is continuing to make waves in the food industry as it opens its first Long Island restaurant in Plainview. The store will open its doors on October 23, and is poised to become a leader in the community’s growing dining scene. For owner Angela D'Aguanno, LemonShark Poké is a new venture but she won’t be diving into unchartered waters. D'Aguanno owns several yarn shops in Long Island and has many years of restaurant work as her father owned several privately-owned food franchises. The desire to open her own restaurant has not only been a dream of hers but also of her brother Michael Aiello. Angela knew after a recent trip to Hawaii with her husband Vinny — who also happens to the Guinness World Record winner for the longest time spent continuously spinning yarn — that she needed to bring poké to her neighborhood. “My husband could not stop talking about poké months after we traveled to Hawaii,” said D'Aguanno. “I knew I always wanted to open up my own store and that Plainview didn’t need yet another sandwich, burger, or coffee shop.” Upon learning about LemonShark Poké, both she and her brother knew the concept would fill a void within the Long Island area, and was immediately hooked by its top-notch service, modern décor, and corporate support team. Named after the Lemon Shark who only consumes the very best fish possible, LemonShark Poké prides itself on serving the finest quality ingredients to its guests. In addition to traditional poké offerings, the menu includes shareable appetizers such as tempura shrimp and egg rolls, and its signature Hawaii Katsu menu that features cooked-to-order, delectable entrées including chicken, Alaskan cod and more. LemonShark Poké’s new location provides Nassau County locals with an elevated dining experience – featuring Japanese-inspired upscale, chic décor and seating for more than 30 people. Furthermore, the restaurant offers a selection of beer and sake – which includes local Coney Island Brewing Company’s Mermaid Pilsner, and five sake options. “Opening our first Long Island location is a milestone for LemonShark Poké, and we're certain that Angela and her team will swim into the hearts of Plainview residents and visitors alike,” said Tobi Miller, president and co-founder of LemonShark Poké. “With LemonShark Poké's fresh menu items, delicious beer, and sake, as well as our relaxed dining atmosphere we believe that this location will be a staple in the community.” LemonShark Poké is located at 397 S. Oyster Bay Road, Plainview, NY 11083. Hours of operation are Sunday through Sunday from 11:00 a.m. to 10:00 p.m. For more information, please call 516-622-4740 or visit www.lemonsharkpoke.com.About LemonShark Poké: LemonShark Poké is a fast casual, premium poké franchise that serves locally-crafted poké. LemonShark’s mission is for sushi lovers and health conscious consumers who seek a premium product, LemonShark Poké serves only the finest-quality ingredients in refined environments for a great value. Unlike other poké concepts, LemonShark Poké provides a combination of extraordinary service, a comprehensive food selection and a tight family community. LemonShark Poké is named after the Lemon Shark, a social species that hunts only on the finest quality of fish. The Lemon Shark looks for healthy, mature fish to prey on. Inspired by the discerning Lemon Shark, LemonShark Poké creates poké with only the finest line-caught fish available that is certified dolphin, sea turtle and sea mammal safe. LemonShark differs from other poké restaurants in that it offers a premium product and environment. Each location is spacious, inviting customers to sit and enjoy their meal, rather than grab and go.LemonShark Poké 439 N Bedford Dr., Beverly Hills, CA 90210 Press Contact: Courtney Heimbuck, Konnect Agency cheimbuck@konnectagency.com | 213-225-4428