From Shipwreck To New Life: Venture Capitalists Save The Day For Blockchain Companies & ICOs 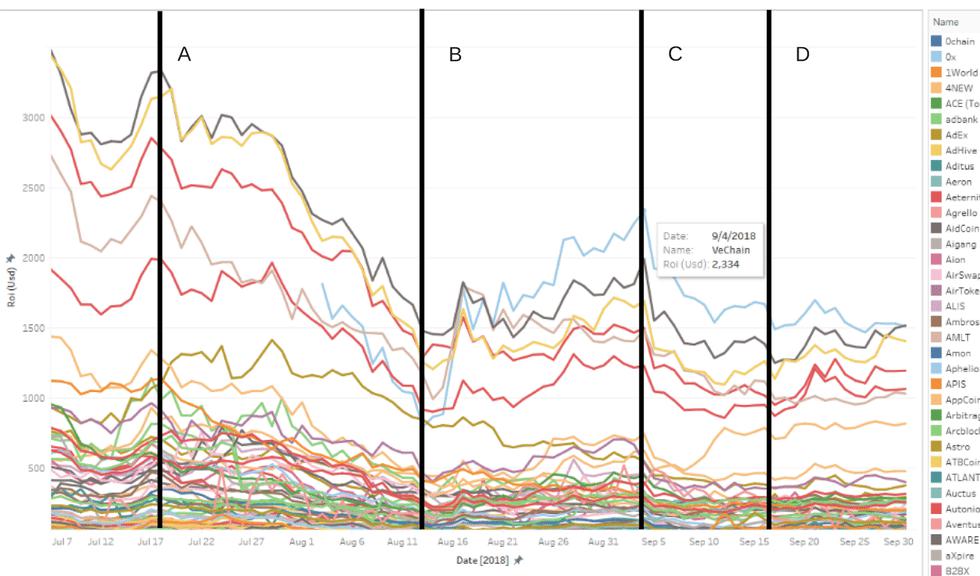 You can edit or delete your press release From Shipwreck To New Life: Venture Capitalists Save The Day For Blockchain Companies & ICOs here

07-18-2019 | Advertising, Media Consulting, …
InWara Global
Skyhook Capital and InWara partner to produce digital asset research for Institu …
Skyhook Capital, the Singapore based Fintech company focusing on distribution of investment grade digital assets for institutional investors, has entered into a partnership with Inwara – a premier market intelligence platform for digital assets. As part of the collaboration Inwara will incorporate their premium market data into Skyhook Capital’s “Digital Assets Wealth Network” or DAWN™, to provide investors with cutting edge analytical tools that helps navigate them to the right
11-26-2018 | Business, Economy, Finances, B …
InWara Global
Healthcare industry- ICOs still teething
Healthcare industry appears to be taking slow but robust steps in the crowdfunding-based ICOs. As the ICO landscape evolves, mindful investors are expected to try and pick winners. One of the emerging sectors in the race to Crypto-glory appears to be Healthcare. Healthcare ICOs have thrived in the already depressed Q3, 2018 , jumping from rank 17th in Q2, 2018 to rank 8th in Q3, 2018. The growth albeit slow is steady
10-23-2018 | Business, Economy, Finances, B …
InWara Global
Executive Summary: Q3 2018 report by InWara.
Crypto has grown in 2018 vs 2017, however rate of growth in Q3, 2018 has plummeted. Although Crypto industry is highly volatile compared to traditional markets, it gives returns like no other industry does when done right. This ICO market analysis report of Q3, 2018, contains all the data required for due diligence. Extensive measures need to be taken to collate information from over 40 public sources onto a single platform.
10-12-2018 | Business, Economy, Finances, B …
InWara Global
InWara Global, The most trusted ICO database.
Leader in ICO, Blockchain and Cryptocurrency Data. Trusted, accurate and verified data preferred by capital markets, blockchain and cryptocurrency industry specialists. InWara is the leading source of research, consultation and insight in critical areas that shape today's digital currency landscape. We are the leaders in publishing cryptocurrency information databases. Our products cater to capital markets, corporates and regulatory authorities. Our clients include hedge funds, asset management companies, qualified institutional investors, banks

09-28-2020 | Business, Economy, Finances, B …
Flysio Ltd
Flysio strategic partnership with ICO Pantera
Flysio is excited to announce our new partnership with the leading Korean growth accelerator, ICO Pantera. Korea is one of the most important markets in the travel industry as well as the Blockchain industry. Backed by a large community of active blockchain users, presence in the Korean market is very important for any blockchain project. Flysio, though currently in its nascent stage, is required to have a strong Korean presence for
02-06-2019 | IT, New Media & Software
DigiXHub
Microbitcoin ICO Review
Micro Bitcoin is powered by the most scalable and advance Blockchain technology the power instant and private payments. Use Micro Bitcoin to make instant, private payments online or in-store using our secure open-source platform hosted by thousands of users around the world. Micro Bitcoin is open-source and accessible to all. With Micro Bitcoin, you are your own bank. Only you control and are responsible for your funds. Your accounts and
01-22-2019 | Media & Telecommunications
Qrapa
Qrapa launches ICO
Building the world's most secure and decentralised social media platform. Amsterdam, January 21, 2019 – Qrapa B.V. is pleased to announce the launch of the QER Token Sale (or ICO) after almost 1.5 years in stealth development. The private sale round commences on January 25 2019 at 5pm GMT to Feb 25 at 5pm GMT. Private sale round is priced at 20 cents per QER, with 50% bonus. The pre-sale round is
01-14-2019 | Industry, Real Estate & Constr …
Home 360 View Corp
Best ICO for 2019
We are a new age technology company revolutionizing the way you will see or buy your home. We, at Home 360 View will provide you with a platform for live streaming view into your next showing or open house event. Imagine viewing your next property from the comforts of your home. We, at Home 360 View are committed to assist you selling or buying your next property hassle free. We are a new
10-12-2018 | Business, Economy, Finances, B …
InWara Global
InWara Global, The most trusted ICO database.
Leader in ICO, Blockchain and Cryptocurrency Data. Trusted, accurate and verified data preferred by capital markets, blockchain and cryptocurrency industry specialists. InWara is the leading source of research, consultation and insight in critical areas that shape today's digital currency landscape. We are the leaders in publishing cryptocurrency information databases. Our products cater to capital markets, corporates and regulatory authorities. Our clients include hedge funds, asset management companies, qualified institutional investors, banks
04-30-2018 | Logistics & Transport
Dylyver Technologies
DYLYVER ICO PREPARES TO LAUNCH
With Dylyver seeking to integrate secure and transparent transaction, there is the need for the introduction of the blockchain system. Due to Dylyver passion for transforming the ride-sharing and package delivery system, Dylyver has introduced the DYCOIN Token. DYCOIN token The DYCOIN token, Dylyver’s cryptocurrency, is the catalyst for a standardized global approach for peer-to-peer ridesharing and package delivery services, enhanced by advantages of blockchain-secured transactions. The token is designed as
Comments about openPR
OpenPR ist the nicest and most clearly laid out PR platform I have seen to this day. The press releases are displayed very nicely and clearly and without any unnecessary frills. The updates are fast and the finished release looks appealing and is clearly legible. Even with 16 years of experience one discovers new things from time to time. Congratulations!
Gabriele Ketterl, Director Marketing & PR, Menads