Press release from: Insights and Reports 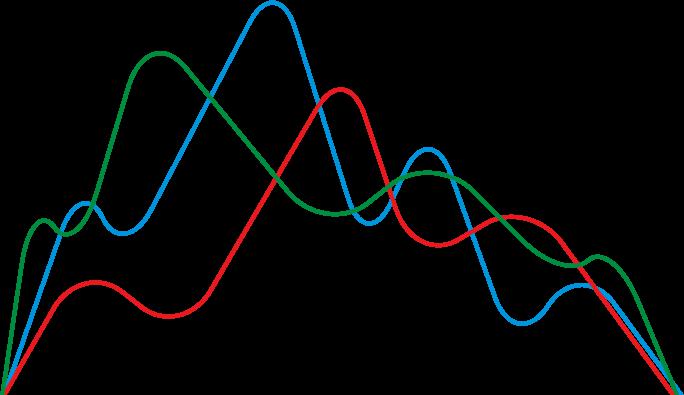 Electrification of vehicles denotes to the range of technologies and components that uses electricity to propel a vehicle. To reduce the consumption of fossil fuels, electric vehicles are designed to operate on electricity. Additionally, electric vehicles also hels in reducing carbon emission related problems from internal combustion engine vehicles. Various manufacturers and OEMs are continuously making efforts in developing and making electric vehicles a reality. Over 1.2 million electric vehicles were sold in the last year, with more than 165 models available for sale. Market leader China holds approximately 48% of the total electric vehicle market followed by Europe at approximately 26%. Tighter emission norms followed by dropping prices of battery packs is forcing the market to newer dimensions. Solid state battery which is the future of battery packs would further push forward the electric vehicles market. More than 10 vehicle manufacturers in the last 6 months have announced their plans to launch electric vehicle in the future. Tesla’s lithium-ion factory which is called the tesla Gigafactory is only 35% operational, and plans to produce by the year 2018, 50 GWh worth of batteries. When the factory becomes fully operational, it claims to produce around 150 GWh of batteries which can power around 1.5 million vehicles having 100KWh of battery pack. BMW, Fisker and Toyota are likely to be the early birds to adopt the battery in its electric vehicles by the year 2023.Get Sample Copy of this Report @ https://www.insightsandreports.com/request-sample/112Supplementing vehicle production in the past few years is expected to drive the market for vehicle electrification. Concerns regarding the depletion of fossil fuels, rising emission related queries has forced the government and OEMs to take various steps in electrifying the vehicle propulsion system which would help in curbing carbon footprint. However, exorbitant prices of electric vehicle in the present market scenario owing to high prices for batteries is somehow hindering the adoption of electric vehicle. Additionally, lack of charging infrastructure or fueling stations is further going to hinder the market’s growth.In terms of region the market has been segmented into Asia Pacific, Europe, North America, Middle East and Africa and South America. Asia Pacific dominated the market owing to the contribution of China. China alone contributes around 48% of the electric vehicle market in the year 2017. Europe is expected to witness a prime growth rate owing to the contribution or Germany and Norway. Various factors contributed, such as the and increasing customer interest in electric vehicles and ongoing bans for diesel technology. Germany encountered a huge momentum in the electric vehicle sales, where the market increased more than double. Germany is now Europe’s second-largest electric vehicle market, outpaced only by Norway.Get Detail Information About Report @ https://www.insightsandreports.com/industry-reports/vehicle-electrification-marketSome of the major players of this market are Tesla, BYD, Nissan Motor, Delphi Automotive and VW among others.About Us:Insights and Reports is a research and consulting group assisting the clients with 360-degree insights with real time qualitative and quantitative information. The Insights and Reports team is valued for continuous client-oriented services. Our data scientists monitor the markets pertaining to their expertise on a daily basis with the help of 150+ analysts to back them with accurate market studies. We are a team of data scientists, analysts, MBAs and engineers with domain expertise connected to the market experts operating globally to generate the in-depth real time insights. Our major clientele includes fortune 500 companies, start-ups, financial and non-financial institutions.Contact Us:Mr. Saby Address: 2201 Cooperative Way #600, Herndon, VA 20171, USA. Contact: +1 703 574 4447 Email: sales@insightsandreports.com

More Releases from Insights and Reports

03-03-2019 | Business, Economy, Finances, B …
Insights and Reports
Report Predicts Growth in Commercial Satellite Launch Service Market by 2024, ke …
Communication commercial satellite launch service Market will dominate industry volume share owing to increasing usage of wireless technology and rising connectivity among various countries. Reconnaissance segment is anticipated to hold over 35% of overall revenue share owing to utilization of imagery SATs for improving farming techniques. Online web sources and GIS tools for farmers will further spur segment revenue over the forecast period. Get Sample Copy of This Report @ www.gminsights.com/request-sample/detail/2600
10-16-2018 | Advertising, Media Consulting, …
Insights and Reports
Fleet Vehicle Leasing Market Size will Grow Profitably and Estimates Strong Deve …
Leasing of vehicles is seen as a resolution to the increasing problems faced by organizations for their mobility needs as well as, funding, vehicles, maintenance of fleet and more significantly, residual risk handling. Businesses and large corporates, in the current market scenario, are focused on their core products and services and likes to outsource all other support activities. Mobility is a significant cost factor which necessitates resource in terms of
10-15-2018 | Energy & Environment
Insights and Reports
Global Electric Scooter Market 2018 Trends, Applications, Key Players and Foreca …
The Global Electric Scooter Market was valued at US$ 14.23 billion in 2017 and is expected to expand at a CAGR of 6.41% in terms of revenue during 2017 – 2025. Get Sample Copy of this Report @ https://www.insightsandreports.com/request-sample/145 Electric scooters are powered by rechargeable batteries which has the same functioning as the conventional scooters, but runs on an electric motor. Electric scooter can be either two wheeler of three wheeler, which provides
10-09-2018 | Advertising, Media Consulting, …
Insights and Reports
Industrial Robotics For Food And Beverages Market Revenue Predicted to Go Up by …
"Industrial Robotics for Food and Beverages Market: Introduction Industrial robotics is highly advanced technical machines that can mimic human activities upto a certain limit. Industrial robots can be of great use for the food and beverages industry as a number of heavy and repetitive work such as depanning, picking and placing, warehousing and others are required in production and packaging of food products. The emerging demand for automation in the food