Angel Versus Bully Is The Storyline Of New Novel By Award Winning Author Jody Sharpe, 'Town Of Angels' 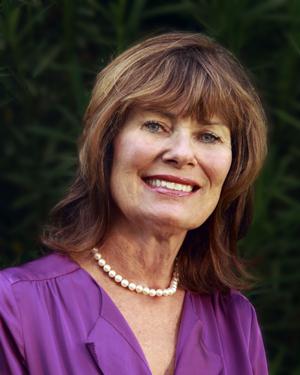 Most of us recognize that bullying is a major problem today. In fact, overcoming bullying has always has been an issue. Today however, thanks to better access to information via the Internet, there are literally millions of articles available on how to deal with bullying and bullies. We find information from informed sources of every kind; from government organizations to school systems, from psychologists to bloggers and everything in between. A very unique take on dealing with bullying is the subject of 'Town Of Angels', the upcoming third book in the Mystic Bay series by award winning author Jody Sharpe.It is angel vs. bully in the town of Mystic Bay, California, where a well kept secret lies. Angels live as humans there. After angels appeared to three children all was blissful in the town full of psychics, and ordinary folk. But as a bully, Klaus Waxman, comes to town, Angel Ken Leighton, a storeowner, must carefully guide his flock of humans not to give to in to the bully’s efforts. As Klaus opens a store mocking the resident angels sightings, Angel Ken guides psychic Justine Greer and her family to thwart his efforts. And with the help of the indomitable oldest psychic in town, Madam Norma, the bully meets his match with soft voices and intuitive minds…"I decided to write Klaus, the character as a bully because bullying is a major topic of our times," Sharpe stated."As I write my novels I think of our children, grandchildren and those children in the next generations. Right now we are their voices. With soft voices we must stand up to the bullies of the world because it's the right thing to do. The bully must never win."The new book is slated for release in 2019.Sharpe also presents stories and interviews about angels in her 'Tuesdays With The Angels' blog series. She presents quotes about angels drawn from several of her books and fascinating angel stories from herself and others who submit stories for publication.Jody is now accepting submissions of angel stories for possible inclusion on her 'Tuesdays With The Angels' blog. She hopes to create a collection of angel stories that involve sightings of angels, interaction with angels, miraculous angel encounters and other types of accounts or stories. All submissions will be considered, but inclusion is not guaranteed. Stories may be submitted at her website.Jody Sharpe knows angels exist. Her first book, ‘The Angel's Daughter’, was written in memory of her daughter Kate. Her second book, 'To Catch An Angel', was written in memory of her husband Steve.Over a decade ago, when her daughter died tragically Sharpe faced down the most difficult challenge of her life. She was determined not to just merely survive, but to live; to honor the life of her beloved daughter, her twins, her husband and the rest of the rich life she had created before the tragedy. Blessed with an inherently positive outlook these trying times were strengthened by influences from the late Norman Vincent Peale to the children's book character, Wilbur the pig. For Sharpe, ministers of spirit and guidance took the form of angels. Sharpe's openness to change led her to write her first novel, 'The Angel's Daughter'. The story that takes place in the fictitious town of Mystic Bay, California and encompasses all Sharpe's attitudes about goodness, healing and moving on.Jody is also the author of 'To Catch An Angel', written in memory of her late husband Steve. In 'To Catch An Angel', miracles happen in Mystic Bay, California, the town with the psychic and angel vibe. Angels are calling. Psychic Maggie Malone returns home to find she's swept up in the miracle of it all. She can't imagine why her mother left or who her father might be. But these questions pale in comparison to the wonder of the angels. Maggie meets writer, Noah Greenstreet. They realize they've met before, but where? Maggie and Noah embark on a journey to find our world is all awash with angels.Jody was chosen as a winner in the annual '50 Great Writers You Should Be Reading' Book Awards. She was chosen from a field of hundreds of authors through a public voting process.Sharpe's books have received a large number of rave reviews. A recent Amazon review stated, "This book would make a beautiful Christmas Hallmark movie. You will be left believing in Angels here on earth." Another said, "This a wonderful story that reminds us of the kindness and gentleness that exists in this world." Another stated, "Amazing. Most of all it is a feel good book and a must read.”Jody Sharpe is available for media interviews and can be reached using the information below, or by email at sharpejody76@gmail.com. Angel stories can be submitted at her website. All of her books are available at online book retailers. New quotes will be added every Tuesday to the 'Tuesdays With The Angels' section of her blog, which can be found at her website.Jody Sharpe had a rewarding career as a Special Education teacher. Writing about angels became healing after losing her daughter and then her husband. The valuable lessons she learned about moving forward and loving life in the now have set her on a mission to tell the stories with love, humor and spiritual awakening. The fictitious town of Mystic Bay has given her an avenue to put characters and themes together hopefully enlightening the reader towards contemplation of the precious life and memories we are given.PO Box 1613 Shallotte, NC 28459 http://www.jodysharpe.com

You can edit or delete your press release Angel Versus Bully Is The Storyline Of New Novel By Award Winning Author Jody Sharpe, 'Town Of Angels' here

01-22-2019 | Business, Economy, Finances, B …
Angel City Lasercraft
Angel City Lasercraft Launches All New Website
Angel City Lasercraft Launches All New Website Los Angeles, CA - January 20, 2019 -- Angel City Lasercraft, Los Angeles premier Laser Cutting and Engraving company has launched a completely revamped website with all new interactive customization features. The all new website features allow customers to easily personalize custom cake toppers, engraved leatherette notebooks, bottle openers, coasters, cutting boards, ornaments and a variety of additional gifts and promotional products. The all
11-28-2018 | Industry, Real Estate & Constr …
Angel Aromatics
Angel Aromatics
Angel aromatics is an australian manufacturer of unique, high quality, home fragrances. The secret to our success lies in sustainable raw materials, which we believe truly lead to the highest quality and safest products. Speaking of safe, all of our products are vegan friendly and not tested on our animal friends (except for our dog perfume of course). Angel aromatics is an australian manufacturer of unique, high quality, home fragrances. The
07-26-2017 | Leisure, Entertainment, Miscel …
WhereIsYourAngel
Discover the Untold Story of a Boy and His Angel in "Angel Watching Over Me"
Orlando, FL (USA), July 24th, 2017 -- In good and bad times it is nice to know there is someone special watching over us; protecting, encouraging and sharing God’s love. “Angel Watching Over Me” introduces young readers and their parents to the love of God through His very special messengers chosen just for us. Published author and poet Evangeline B. White enters the world of children’s fiction with this delightful
06-08-2017 | Business, Economy, Finances, B …
Dottedlink.com
Connecting entrepreneurs with angel investors
Johannesburg, South Africa, June 7, 2017– Dottedlink.com is an online subscription platform created to assist small business owners and entrepreneurs connect with and better understand angel investors and their investment requirements. The site will be launching an angel investor drive on the 7th of June 2017. https://dottedlink.com/investor-survey/ The Dottedlink platform works by having angel investors answer a basic set of questions related to the companies they’re interested in financing. The
09-12-2013 | Science & Education
Angel MedFlight Worldwide Air Ambulance
ANGEL MEDFLIGHT AND AZBAA TO AWARD SCHOLARSHIP
Sept. 11, 2013 – Angel MedFlight Worldwide Air Ambulance announces for the fourth consecutive year it is partnering with the Arizona Business Aviation Association to award the Scholarship for Excellence in Aviation. Students who are actively pursuing a degree in the aviation field at an Arizona college or university are urged to apply. All video applications must be postmarked by Oct. 25, 2013 to be considered. The recipient of the Scholarship
07-10-2008 | IT, New Media & Software
ByteShield
ByteShield™ Secures Angel Funding
ByteShield™ Secures Angel Funding to Extend Product Leadership in Growing PC Gaming and Application Software Protection Market San Francisco, CA, July 9, 2008 – ByteShield Inc., a leading provider of user and developer friendly software usage control, has raised an undisclosed amount of seed funding from Gylling Invest AB and other angel investors. The investment will enable acceleration of the ByteShield platform development and expand sales and marketing efforts. “We made this
Comments about openPR
Your portal is fast, simple, and easy to use. Others may have more functions but they also demand more editing time, you have to preformat the text in order to achieve a good result etc. I think openPR is really fantastic!
Andreas Knepper, wallmedien AG