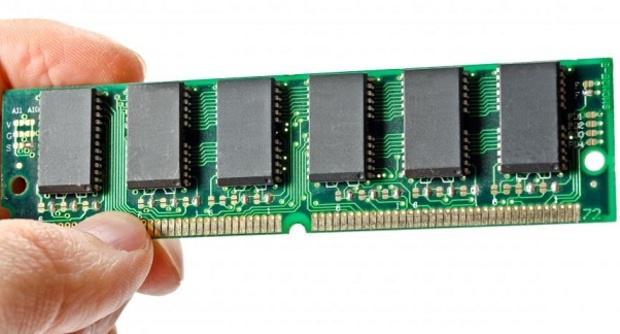 Static Random Access Memory Market The Global Static Random Access Memory Market is defined by the presence of some of the leading competitors operating in the market. SRAM (Static Random Access Memory) is a type of semiconductor memory, which is a kind of RAM that stores data using a static method, wherein the data remains constant as long as electric power is supplied to the memory chip. SRAMs are widely used in routers, computers, workstations, and other peripheral equipment such as CPU (central processing unit) caches, CPU register files, router buffers, and hard disk buffers, among others. The characteristics of SRAM like bandwidth and power efficiency makes it highly compatible with the electronic applications such as cell phones, digital cameras, and electronics user interfaces.Here you can download the Request Sample of Report @ https://www.reportsmonitor.com/request_sample/12717Scope of the Report: Increasing demand for faster cache memories; the advent of high-performance network applications; and the applications of SRAM in cellular devices are expected to boost the market in the coming years. The SRAM is expected to replace the traditional RAM in the coming years. The advent of technology in the RAM market will drive the market over the forecast period. The market is dominated by the leading players such as Cypress, Renesas, ISSI, GSI, IDT, and Samsung. Cypress accounted for the largest market share of approximately 40% of the global revenue in 2016 and is the world’s largest SRAM manufacturer dominating the market.This Study converges on the top players in the global Static Random Access Memory market: Cypress, Renesas, ISSI, GSI, IDT, SamsungType: nvSRAM, Asynchronous SRAM, Synchronous SRAM, Low Power SRAMApplications: Networking, Aerospace, Medical, Automotive Electronics, Consumer ElectronicsThe report also provides the regional level of the Static Random Access Memory market analysis and future outlook for North America, Europe, Asia Pacific, Latin America, and the Middle East and Africa.Speak to our industry expert and avail 50% discount on Market Report @ https://www.reportsmonitor.com/check_discount/12717The Asia Pacific is expected to grow considerably in the coming years owing to the presence of emerging economies such as India, China, and South Korea. The countries are witnessing high demand due to the presence of several key players. The growing popularity of smart devices and demand for newer memory technologies have increased the growth of computationally-intensive consumer electronics, thus, creating several lucrative opportunities for SRAM in this region. Additionally, China, Taiwan, Singapore, India, and Malaysia are some of the countries holding huge potential for SRAM market. North America dominated the market and is expected to continue to dominate over the forecast period, backed by the growing adoption of SRAM in the U.S. The U.S. led the market with an overall market share of approximately 75%, in 2016, in terms of revenue. Avail complete report of this research with TOC and List of Figures at: https://www.reportsmonitor.com/report/12717/Static-Random-Access-Memory-MarketAbout Us: Reports Monitor.com is a market intelligence and consulting firm with extensive experience and knowledge of the Market Research industry. We work with the aim to reach the highest levels of customer satisfaction. Our representatives strive to understand diverse client requirements and cater to the same with the most innovative and functional solutions.Contact Us: Mr. Jay Matthews Direct: +1 513 549-5911 (U.S.) +44 203 318 2846 (U.K.) Email:sales@reportsmonitor.com