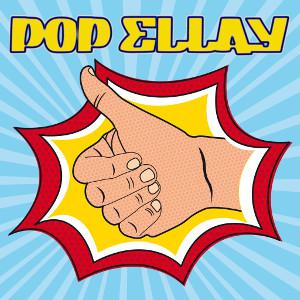 As the history, architecture, and culture of Paris have been linked to artists and their aspirations for centuries, the city has come to hold a unique attraction for artists. Last week, Los Angeles-based artist Charisse Abellana dove into that tradition, flying to Paris for an exhibit at the Bateau Daphne Gallery, which featured her painting Dark Tea & Dark Romance.“Paris, Paris,” said Charisse, “I see you as love, I see you as the ultimate romance! So here and now, I dedicate this painting, “Dark Tea and Romance” to you.”Part of a series titled Afternoon Tea with Van Gogh, Dark Tea & Dark Romance is a scene about love. Working primarily with a palette knife, Charisse stages the authentic sweetness of romance within a darkness creeping around and behind it.“Using a palette knife is not easy, but her technique is very strong, and I like how femininity reflects in her work,” said Dulce Stein, chief curator at the Neutra Gallery and Museum in LA.Evoking Van Gogh’s strong, intense brush strokes and amplified colors, Charisse’s painting draws the viewer in to the complexities of intimacy.“When you are competing for distinction among so many great artists around the world, you have to have uniqueness and a story. Going through the process of experiencing how people respond to your work, in different countries and among very different characters, gives you an insight that you can incorporate in your own work and make richer expression of your story,” said Diana Moya, Curator of International Initiatives Invitational (IN3) Art Worldwide.[Bienvenu sur le site de Bateaux Daphné](http:www.bateaudaphne.com)The Bateau Daphne is a rustic boat, docked on the Seine, that functions often as a hotel restaurant and occasionally as a gallery and event space. Friday’s lunch reception featured artists from all over the world."To be able to exhibit in a country with other artists that everyone knows and loves is something magical, said Francesca Maresca, an artist whose work was on display at Bateau Daphne. Maresca lives and works in Spain.With the trip, Charisse engaged with a centuries-old tradition of hardworking, ambitious artists connecting with the city’s artistic heritage.Charisse enjoyed the city’s time-honored romantic attractions firsthand. She strolled through narrow boulevards paved with cobblestones. She sipped wine at cafes facing out towards the street. She marvelled at the Eiffel Tower and snapped photos of the Notre Dame Cathedral, documenting the best of her time in photo albums.“I have been going to the extremely bohemian, totally rockin’, very upbeat Latin Quarter,” Charisse said. “There is always a Latin Quarter wherever you go! Latin Quarter in Madrid, in Chile, in Argentina, in Paris. And it is always beyond ALIVE!!!”Notre Dame is where she honored the timeless tourist tradition of getting her pocket picked.Two teen-aged girls approached Charisse in the crowded plaza outside of Notre Dame, and asked her to sign a petition and donate to a charitable cause. While Charisse was signing, she saw the hand of one girl move furtively underneath the clipboard. Charisse instinctively pulled her wallet closer, but it was too late. With their petition signed, the girls disappeared into the crowd.“Apparently it’s very common in Paris,” Charisse said. " It’s amazing how fast they are!"Charisse chose Paris to launch her international art tour specifically because of the city’s cultural heritage and tradition of hosting artists. The tour has also taken her art to Bulgaria; it will continue in Dallas and Houston, and will conclude the year with a stop in Melilla, Spain.Pop Ellay is a small group of quirky nerds who really enjoy hanging out at Los Angeles art galleries on Saturday nights. On our website, we share what we've found, why we like it, and we invite you to come along and look at pretty things all over Los Angeles with us.8812 W. Pico Blvd Los Angeles CA 90035

You can edit or delete your press release L.A. artist Charisse Abellana returns from Paris here

News-ID: 1259352 • Views: 1491
Comments about openPR
Your portal is fast, simple, and easy to use. Others may have more functions but they also demand more editing time, you have to preformat the text in order to achieve a good result etc. I think openPR is really fantastic!
Andreas Knepper, wallmedien AG