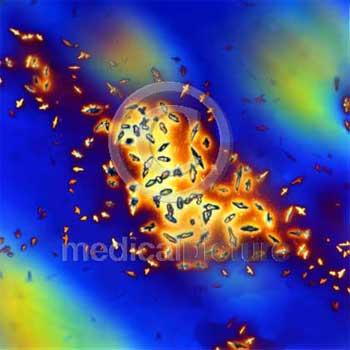 The diabetes Collection of medicalpicture covers photos from all ranges of Diabetes training, diabetes consultation, illustrations of the organs concerned, a picture-story about the everyday life with diabetes and beautiful photomicrographs of current Insuline. More about the collection: http://bilddatenbank.medicalpicture.de/folder/16923530 More than 200 million people worldwide have diabetes. Many of them do not receive the care that they need. The lnternational Diabetes Federation has chosen 2006 as the year of the disadvantaged and the vulnerable. With the slogan 'Diabetes Care for Everyone', the World Diabetes Day 2006 campaign aims to raise awareness of communities and groups in both developed and developing countries that experience difficulties in accessing optimal healthcare because they are outside the healthcare system, or for some reason are less likely to access or are less aware of the services available to them. Diabetes is a disorder of metabolism—the way our bodies use digested food for growth and energy. Most of the food we eat is broken down into glucose, the form of sugar in the blood. Glucose is the main source of fuel for the body. After digestion, glucose passes into the bloodstream, where it is used by cells for growth and energy. For glucose to get into cells, insulin must be present. Insulin is a hormone produced by the pancreas, a large gland behind the stomach. When we eat, the pancreas automatically produces the right amount of insulin to move glucose from blood into our cells. In people with diabetes, however, the pancreas either produces little or no insulin, or the cells do not respond appropriately to the insulin that is produced. Glucose builds up in the blood, overflows into the urine, and passes out of the body in the urine. Thus, the body loses its main source of fuel even though the blood contains large amounts of glucose. Weblinks Diabetes Feature http://bilddatenbank.medicalpicture.de/folder/16923530 medicalpicture Blog http://blog.medicalpicture.de Registrierung http://register.medical-picture.com medicalpicture gmbh D-50823 Köln phone +49 221 92053 580 AIM medicalpicture SKYPE medicalpicture mailto:info@medical-picture.com Corporate site: http://corporate.medical-picture.com About medicalpicture: medicalpicture Gmbh was founded in 2002 in Cologne, Germany and is a subsidiary of DocCheck AG, Cologne. The group is the leading cooperative in the healthcare market in Germany. medicalpicture operates the fastest growing, web-based image database with more than 100,000 images from the worlds of health, medicine, pharmacy and science - in addition to photos, high-quality, thematically detailed medical illustrations and microphotographs. The vast majority of image authors nationally and internationally are represented on an exclusive basis. In addition to syndicated image media, medicalpicture offers solutions and services for image databases, image management and image management for the industry.