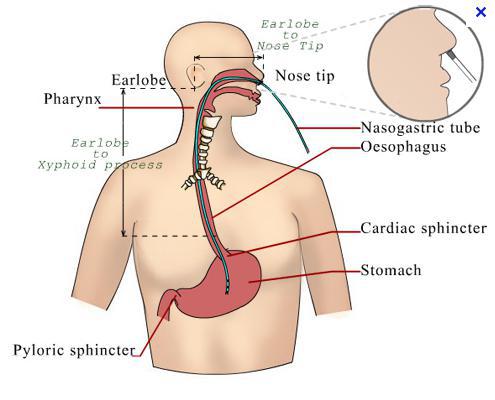 Enteral nutrition, also known as tube feeding refers to any method of feeding that uses the gastrointestinal (GI) tract to deliver caloric requirements, including normal oral diet or liquid supplements. Nasoenteral, also known as nasogastric feeding tube is placed in the stomach through the nose, whereas a jejunostomy tube is placed directly through the skin. The tube feeding formula is used in patients suffering from chronic conditions including head trauma, cancer, and strokes. Moreover, the formula helps premature infants to gain required nutrition and medications. According to the National Center for Biotechnology Information (NCBI), nasogastric tube is most preferred method for short term feeding in the acute phase of stroke and is commonly used for providing nutrition, hydration, and essential medications.

Major factors propelling growth of the global enteral nutrition market are rising prevalence of chronic diseases such as diabetes, heart disease, and cancer coupled with increasing health care expenditure, worldwide. According to the American Diabetes Association (ADA), long term use of nutritional support with diabetes specific formula helps reducing chronic complications of diabetes such as cardiovascular diseases and according to the National Center for Biotechnology Information (NCBI), the use of enteral nutrition is helpful in patients with chronic heart failure (CHF). Further, according to the Office for National Statistics, in the U.K., total health care expenditure was US$ 239.92 billion in 2014, which increased by 3.6% and pegged at US$ 248.51 billion in 2015. High health care expenditure of a region depicts the affordability of the patients for expensive medical services. This in turn, is anticipated to support the overall growth of enteral nutrition market as according to NCBI, tube feeding a patient involves higher cost as compared to those without tubes. Enteral nutrition is used for patients across all age groups, however, the geriatric population segment is the most lucrative segment. Health concerns such as metabolic disorders and loss of appetite are more prevalent among the geriatric population, which is a key factor for growth of the enteral nutrition market.

North America dominated the enteral nutrition market in 2016, accounting for over 30% of the market share and is expected to retain its dominance throughout the forecast period (2017–2025). Rising geriatric population in the region coupled with increasing incidences of chronic illnesses are some of the key factors complementing growth of the enteral nutrition market in the region. According to the Centers for Disease Control and Prevention (CDC), heart diseases, cancer, diabetes and strokes were the leading causes of disabilities and deaths in the U.S., in 2016. Moreover, according to the National Cancer Institute, in 2016, approximately 1.6 million patients were diagnosed with cancer in the U.S., out of which 0.59 million died from the disease. These factors are responsible for increased use of enteral nutrition in the U.S., thereby fuelling growth of the market in North America.

Asia Pacific is projected to be the fastest growing market for enteral nutrition, exhibiting a CAGR of 6.35% over the forecast period, with India and China being the major contributors in the region. China and India have high proportion of geriatric population. According to the United Nations Economic and Social Commission for Asia and Pacific (UNESCAP), the geriatric population in Asia Pacific is rising significantly. In 2016, the proportion of geriatric population in North East Asia was around 17%, which is anticipated to cross 35%, whereas, in North and Central Asia it is projected to cross 20% by 2050. Furthermore, diabetes has become a major concern for the populace in this region.

According to the data provided by the National Center for Biotechnology Information (NCBI), in 2014, the region accounted for approximately 150 million diabetic patients, out of which, over 95% fall in the category of type 2 diabetes (T2DM). Further, according to the World Health Organization (WHO), in 2016, China had high diabetic population, which was around 110 million and the number is expected to increase to 150 million by 2040. However, China’s healthcare spending has increased significantly over the past decade, from US$ 90.8 billion in 2004 to US$ 590.2 billion in 2014 and the same is expected to increase further in the future. The steadily growing health care expenditure is expected to confer a boost to this market growth as high expenditure on health care indicates the affordability of patients for expensive medical services. This in turn, is expected to strongly support growth of the enteral nutrition market in Asia Pacific in the near future.

Among disease type, chronic segment accounted for the largest share in 2016 and is expected to retain its dominance throughout the forecast period. Rising cases of chronic diseases such as cancer, cardiovascular diseases, and diabetes worldwide is propelling demand for this nutrition. According to the World Health Organization (WHO), in 2015, out of 56.4 million global deaths, around 70% were due to non-communicable diseases (NCDs), which include cardiovascular diseases, diabetes, cancer, and chronic lung diseases.

03-21-2019 | Business, Economy, Finances, B …
RAMPF Group
RAMPF Korea – Producing in Asia for Asia
Joint Venture for the Asian markets – The international RAMPF Group has realigned the cooperation with its long-standing partner Orient Dosiertechnik from Korea with the founding of RAMPF Korea Co., Ltd. The new company based in Hwaseong City is developing and producing mixing and dispensing systems specifically for the Asian markets. Within the framework of the new joint venture based in Hwaseong City, mixing and dispensing systems are being developed and
01-23-2019 | Business, Economy, Finances, B …
International Property Media
LIXIL Asia Presents Asia Pacific Property Awards
Through its power brands GROHE and American Standard, LIXIL Asia signs a three-year deal to become the Headline Sponsor of the Asia Pacific Property Awards from 2019 until 2022. 23rd January 2019: The International Property Awards, first established in 1993, are open to residential and commercial property professionals from around the globe. They celebrate the highest levels of achievement by companies operating within the architecture, interior design, real estate and property
12-12-2014 | IT, New Media & Software
Model Engineering Solutions GmbH
MES: Expansion in Asia
Berlin, November 24, 2014: Model Engineering Solutions (MES), the Berlin-based specialist for model-based software development, has significantly expanded its business in Asia. In recent years, MES has built up a network of local partners in Japan, Korea, China, and India in order to benefit from the growing market and increasing interest in model-based development and ISO 26262 in Asia. Asia: Driving force in the automotive industry The automotive industry continues
11-03-2011 | Advertising, Media Consulting, …
Clarion Events Asia
Undersea Defence Technology Asia, UDT Asia 2011
Latest Military Diving Technologies featured in UDT Asia Equipping Asia’s navies with the latest diving technology for asymmetric warfare and operations SINGAPORE, 17 October 2011 - Naval diving and underwater special operations is a field that is seeing increased attention and investment amongst navies in Asia. Units such as the Indonesian Navy‟s KOPASKA, the Republic of Singapore Navy‟s Naval Diving Unit (NDU), the Royal Malaysian Navy‟s PASKAL are increasingly utilising specialised equipment for conducting
06-10-2011 | Politics, Law & Society
Clarion Events Asia
UDT Asia 2011
Clarion Events hosts the Undersea Defence Technology (UDT) Asia 2011 conference and exhibition to bring senior naval and industry personnel together to cover underwater developments in the region Singapore, May 30 – Clarion Events is hosting UDT Asia on 30 November – 1 December 2011. The event brings together the undersea defence community in Asia, featuring top regional naval speakers, who will be addressing the latest underwater requirements for Asian navies. According
09-15-2010 | Industry, Real Estate & Constr …
eltherm GmbH
eltherm goes Asia
Finally all preparations are finished and the new subsidiary of eltherm GmbH, eltherm Asia Pacific Pte Ltd has commenced operations in Singapore on 1st April 2010. To celebrate the starting shot, an opening celebration was held in the afternoon of 28th July in the office premises followed by a get together dinner and drinks in the evening at a pub. A total of 62 guests attended the event with the
Comments about openPR
Your portal is fast, simple, and easy to use. Others may have more functions but they also demand more editing time, you have to preformat the text in order to achieve a good result etc. I think openPR is really fantastic!
Andreas Knepper, wallmedien AG