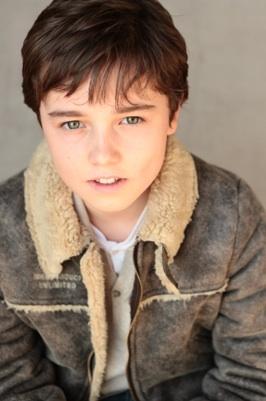 Canadian actor Alex Ferris secures two nominations for the 31st Young Artist Awards for his work in THE TIME TRAVELERS WIFE and LIVING OUT LOUD LOS ANGELES, CA (March 26, 2010)—Vancouver based actor Alex Ferris has secured two nominations at the 31st Annual Young Artist Awards. His first nomination, Best Performance in a Feature Film – Supporting Young Actor for his buzzed about role as “Young Henry” in THE TIME TRAVELERS WIFE (Warner Brothers) puts him alongside emerging actors Brennan Bailey, Brandon Soo Hoo, William Cuddy, Chandler Canterbury, Jake Cherry, Jae Head, Ty Wod, Chase Ellison, and Jason Spevack. His second nomination, Best Performance in a TV Movie, Miniseries, or Special for LIVING OUT LOUD (Hallmark Channel) has him nominated alongside Gig Morton, Dante Brown, Patrick Casa, and Matthew Knight. This marks the third and fourth Young Artist Award nominations for Ferris, the first being in 2008 for his work in THE INVISIBLE, and the second in 2009 for his work in MARTHA SPEAKS. The Young Artist Awards celebrates young artists under the age of 18 in television, motion pictures, theatre, and music. The gala will be held on Sunday, April 11 2010 at The Beverly Garland in Studio City, California. On receiving the nominations, Ferris shares, “I am absolutely elated! I love the opportunities that acting has given me, and I think it is wonderful that other people think I have done a good job doing what I love to do.” Ferris continues to prove he is one of the most watched young actors in the business, having been seen in films such as THE FIVE PEOPLE YOU MEET IN HEAVEN, RV, X-MEN: THE LAST STAND, RUNAWAY VACATION, and MEMORY. Ferris has also shone on the television screen, with his guest star and recurring roles on series such as: HARPER’S ISLAND, SMALLVILLE, THE L WORD, MASTER OF HORRORS II and SUPERNATURAL. He can currently be seen appearing as “Collin” in the Twentieth Century Fox Film DIARY OF A WIMPY KID. For more information on The 31st Annual Young Artist Awards please visit http://www.youngartistawards.org. For media inquiries with Alex Ferris please contact Jordyn Borczon at MLC PR at 818-706-8080 or Jordyn@Monaloring.com. -30-MLC PR is a top-tier, boutique public relations firm specializing in music, television, film, lifestyle, and literary publicity services. As one of the most watched PR firms to come out of Los Angeles in years, MLC PR's dedicated staff brings a wealth of experience and knowledge to the table, and each member is committed to elevating the status of every client. MLC PR works intimately with each client and their teams to provide personalized and strategic publicity support that helps them achieve their goals in their respected field. From media placements, publicity tours to red carpet events, MLC PR handles it all with first class professionalism and wholeheartedness.MLC PR 5030 Chesebro Rd Ste 202 Agoura Hills, CA 91301 818 706 8080 Contact: Jordyn Borczon jordyn@monaloring.com