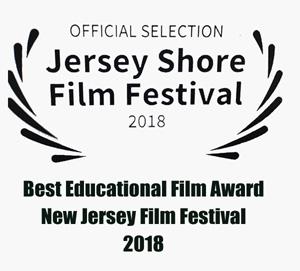 05-20-2019 | Arts & Culture
Barbara Becker Holstein
New Film About School Shootings, 'Lock Down' By Dr. Barbara Becker Holstein, Tak …
Dr. Barbara Becker Holstein's films have received a huge number of industry awards. She recently announced that her latest and most powerful film about school shootings, 'Lock Down', took Honorable Mention in the Los Angeles Independent Shorts Awards for Best Children's Short and Best Trailer/Teaser. The trailer is available at her website. Special versions of the full film are available to educators and media. What is on the minds of kids
04-08-2019 | Arts & Culture
Barbara Becker Holstein
Body Shaming, Social Media, Bullying And The Drive To Be Best - Videos For Educa …
We want our children to be safe and to develop healthy self esteem and self confidence. This has always been the case. But today these basics are very difficult to achieve. Recently the New York Times ran a front page article regarding how lockdowns and school shootings leave our kids with years of ongoing trauma they must cope with. Of all places, kids should certain be safe at home and in
02-21-2019 | Arts & Culture
Barbara Becker Holstein
Body Shaming, Social Media, Bullying And The Drive To Be Best - Selfie Filmmaker …
For kids, the world has become a very dangerous place, more so today than in any other time in history. We have just experienced the anniversary of the Parkland school shooting. This was but one of many. A new book book by Lisa Damour, 'Under Pressure', details the "Epidemic of Stress and Anxiety in Girls." The media has produced hundreds of articles about the stresses experienced by young people. A
01-17-2019 | Arts & Culture
Barbara Becker Holstein
School Shooting Lockdowns Can Traumatize Young Children - Award Winning Author, …
A recent story on the Washington Post website detailed some of the psychological effects school lockdowns create in school age children. The story was as heartbreaking as it was eye-opening. Some young children weep with terror. Others write final messages to family members - and worse. Our children do not deserve to be subjected to such horrific lockdown situations in places where they should feel completely safe. Sadly though, it is

10-24-2018 | Industry, Real Estate & Constr …
SUCO Robert Scheuffele GmbH & Co. KG
SUCO Image film 2018
To celebrate the company's 80th anniversary, SUCO presented a new image film of the social media plattform YouTube. The 2-minute image film was conceived and realised by MSB-Films: The film focuses on the core values of the SUCO brand, which are also reflected in the new company vision: * Quality in the area of internal training and further education of specialists and managers as well as multi-stage quality assurance throughout the entire
01-23-2018 | Advertising, Media Consulting, …
Reflective Film Market, Graphic Film Market
Top Trends Reflective Film Market
Reflective Film Market Research reports Reviews for 2018-2022 Spread across the 129 pages explorers the report forecasts revenue growth and provides an analysis of the latest trends in each of the sub-segments from 2018 to 2022. For the purpose of this report, Reportsanddata has segmented the reflective material market on the basis of product, application and region: Download Free Sample Copy for 116 Pages Reports here@ https://www.reportsanddata.com/sample-enquiry-form/690 Reflective Materials are made
05-03-2017 | Arts & Culture
Nine Ladies Film
The Wasteland Film
The Wasteland a modern day mystery thriller from Nine Ladies Film, scheduled to be shot in the Derbyshire Dales in July 2017. The story follows the journey of Laurence, a loner, a man with a hidden past, who arrives in a small village on the offer of work from a local farmer Frank. Taking the job of rebuilding a field boundary stonewall, Laurence becomes intrigued with the mysterious figure of Holly,
01-24-2013 | Media & Telecommunications
IFT international, inc.
Executive AG protection film
With the beautiful retina display of the new Apple iPad and other top of the line mobile devices, users are more concerned than ever with protecting their screens from daily abuse and optimizing their viewing experience. Now IFT launched an innovative technologies to long line of Screen Protector products, Anti-Glare protection film which provide the ultimate protection for mobile devices. The IFT’s Anti-Glare protection film primary advantage is that it can
01-22-2012 | Business, Economy, Finances, B …
Hollywood Sunset Pictures Inc.
Feature Film Equity needed...
La Mirada CA. Hollywood Sunset Pictures Inc. (hspfilms) completed principle photography on "BRUCE the Challenge" a Docu-Dramady/Martial Arts Fantasy. Now we are currently in postproduction.(We are seeking Equity investor for finishing funds)We have 500+ screens nationally and also have International releasing by Lonestar distribution.Contact us for more Info. A little about the film... Mr. Ed Parker known as the Father of American Karate for bringing Martial Arts to the
10-22-2009 | Tourism, Cars, Traffic
Hexis S.A.
Hexis launches carbon cast film
Hexis has launched a new cast vinyl with a carbon fibre look destined for wrapping applications. The company is promoting the new line with a dedicated mini-site: ilovehx.com. Part of the HX30000 Series, the “Carbon Cast” is a multi-layered 135µm cast vinyl film with a carbon fibre embossed pattern. It carries the proven solvent-based adhesive and a structured PE liner with Hex’Press technology that allows convenient air egress during application. With
Comments about openPR
9 o'clock: discuss press release with client, 10 o'clock: submit release to openPR, within the briefest possible time release is published and displayed in a prominent place on openPR.de. I am thrilled!
Zehra Spindler, Calypso Now! - Communication Agency