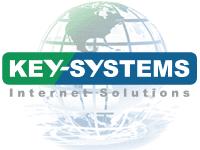 On the occasion of a reception in the German embassy in Nairobi, the German ambassador to Kenya, Margit Hellwig-Bötte, welcomed attendants of the 37th meeting of the Internet Corporation for Assigned Names and Numbers (ICANN) in Nairobi. Among the guests were the CEO and COO of the German domain registrar Key-Systems. Ambassador Hellwig-Bötte appreciated the presence of the ICANN members in Kenya and marked it as an important sign against the anxiety, which had arisen in advance to the meeting. Zweibrücken, 10-03-10. In spite of several safety warnings, among them one of the US Department of State, Key-Systems is attending the ICANN meeting in the Kenyan capital. The conference started on Sunday and will last until Friday. During the reception in the German embassy in Nairobi, ambassador Margit Hellwig-Bötte talked to Key-Systems' CEO Alexander Siffrin and CEO Thorsten Smeets about the security situation in the Kenyan capital. She said that visitors should avoid some areas of the city, especially after dusk and in case of traveling alone. On the other hand she emphasized that this behavioral rule applies to large cities in general. Apart from that, there were no restrictions to life in Nairobi, said Hellwig-Bötte. The ambassador herself had no information about a concrete terrorist danger, which had kept several US members off the participation in the ICANN meeting. “Kenya and Nairobi do not deserve to be boycotted“, is the opinion of Key-Systems CEO Alexander Siffrin. “Our participation in the ICANN conference shall be a sign: We don't want to ignore Africa and the people over here in Kenya or disadvantage Nairobi compared to other ICANN venues.“ In advance to previous ICANN meetings in São Paulo, Mexico City or Cairo, the worldwide Internet community had also been concerned because of the safety of the venues. “These ICANN meetings were held without any incidents. As during previous ICANN meetings, we now have to follow some behavioral rules in Nairobi, which allow a safe visit“, says Key-Systems' COO Thorsten Smeets. The safety measures in the conference center and the hotels are extensive: „Metal detectors and radio-graph scanners in the entrance areas as well as the presence of security personnel create a secure climate and a good feeling“, says Alexander Siffrin about the location. The Key-Systems team is convinced, that the Kenyan host has done everything to enable a successful, safe ICANN conference.About Key-Systems Key-Systems GmbH located in Zweibrücken, Germany, was founded by Alexander Siffrin in 1998. The company has grown from an academic sideline to a successful international ICANN accredited registrar for internet addresses. Areas such as a fully automated reseller-system and web hosting completed the success story. Today with more than 2.6 million domains under its management, the company has reached a leading market position, selling domain names, web hosting and DNS services to customers all over the world. The latest product BrandShelter.com offers companies and institutions special services related to domain administration including services to get their own top-level domain (TLD) as this opportunity unfolds in the near future. Key-Systems is operating subsidiaries in the USA and Mexico.Key-Systems GmbH Dorothea Marx Public Relations Prager Ring 4-12 66482 Zweibrücken Germany Phone: +49 6332 79-1902 Fax: +49 6332 79-1851 eMail: dmarx@key-systems.net Web: http://www.key-systems.net http://twitter.com/Key_systems http://www.key-systems.net/facebookKey-Systems USA Bonnie Wittenburg Executive Vice President, US 604 S. King Street Leesburg, Virginia 20175 USA Phone: +1 703 574 3831 Fax: +1 201 596 1433 eMail: bwittenburg@key-systems.net Web: http://www.key-systems.net