“The Iraqi Deception” by Charles Barker is published


Press release from: pr for "The Iraqi Deception" 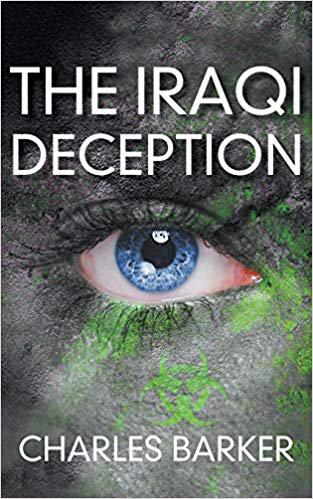 ISBN #978-1789552027“The Iraqi Deception” by Charles Barker is publishedFast-paced thriller which asks what if Saddam Hussein actually had biological weapons and hid them outside Iraq? About the book:In the lead up to the second Gulf War, Saddam Hussein has acquired through the Russian mafia a sizeable quantity of biological weapons, specifically weapons grade anthrax. As yet undiscovered by the allies’ monitoring agencies, he is concerned that its discovery might bring about an attack on his country and so arranges for it to be hidden outside Iraq.The allies invade anyway and in the chaos following the conflict, the anthrax vanishes. British Intelligence is determined to find and secure the stockpile but they are up against criminal enterprises and nation states that would equally like to possess the anthrax for their own ends. The stage is thus set for a calamitous showdown, which will play out in the Yellow Sea and the back streets of Hong Kong.This is a fast moving story that takes the reader through the Middle East, Russia and South East Asia. Barker seamlessly weaves fact and fiction into a powerful page-turner at the end of which one is left asking; did this really happen?Excerpt from the book:“The gas was smoky and had a sinister, yellow colour. It rolled slowly over the marshes, propelled by an innocent and gentle early morning breeze.If anything, it was the silence that first awoke the inhabitants of this sparse and empty region. There were no sounds at all; no birdsong or splashes in the reeds, only a terrible quietness and an awful sense of dread. They looked out of their homes and perceived the cloud, at first at a distance – but all too soon, they saw the first out-riding tendrils drifting into the edge of their village. There was a strange, almost sweet, yet slightly sickly, sulphurous smell in the air as someone started to cough. The coughing spread and soon many villagers were choking and spluttering, an awful and ghastly burning sensation engulfing their throats, lungs, eyes, noses and mouths. There was barely time for them to panic. Disorientation set in quickly, then the vomiting and retching. There were few screams or tears, only an inexorable sense of helplessness and finality. In the days that followed, as the mustard gas filtered through into their digestive systems, causing more pain, diarrhoea, fever, nausea and vomiting, the lives of so many people were inexorably extinguished.”Amazon Reviews:5.0 out of 5 stars gripping stuff 20 August 2018 Format: Kindle Edition - Verified PurchaseCharles Barker knows how to rip a yarn along and this book makes a bitter subject sweet in surprising places.Skilfully handled, quick paced and compelling. Gripping stuff indeed*****5.0 out of 5 stars Exceptional thriller and strongly recommended 22 August 2018 Format: PaperbackThis is a convincing, riveting alternative history novel in which Saddam Hussein has a stockpile of biological weapons but when the allies invade Iraq, the anthrax has mysteriously gone missing. The Brits are up against rogue states and criminal gangs to find these destructive biological weapons of mass destruction before they're used for nefarious ends.This international thriller, which takes place in Iraq, Russia and Hong Kong, is pacey throughout and makes you wonder whether this could have (or indeed has!) actually happened.“The Iraqi Deception” is currently available in hardback from Amazon at:https://www.amazon.co.uk/Iraqi-Deception-Charles-Barker/dp/1789552036 This gripping novel is also available to purchase in paperback from:https://www.amazon.co.uk/Iraqi-Deception-Charles-Barker/dp/1789552028This novel can also be downloaded in e-book format:https://www.amazon.co.uk/Iraqi-Deception-Charles-Barker-ebook/dp/B07GJQ3PYY Press/Media Contact Details:New Generation Publishing Tel. 01234 711 956 E-mail: info@newgeneration-publishing.comNew Generation Publishing is a professional publishing house in the UK.107-111 Fleet Street London, England EC4A 2AB

03-08-2019 | Industry, Real Estate & Constr …
Elan Expo
Iraq Real Estate Expo 2019
A New Breath in the Iraqi Market; IRAQ REAL ESTATE EXPO!!! Iraq Real Estate Expo 2019: International Real Estate & Investment Exhibition is organized by Elan Expo will take place on 25-27 April 2019 at Baghdad International Fair Ground at Baghdad, Iraq. THE EXPECTANT EXPO; IREXPO Iraq which is located in a strategic place in the Middle East has around 39 million populations. With the 193 billion dollars GDP; Iraqi people are
03-05-2019 | Energy & Environment
Elan Expo
Mega Clima Iraq HVAC Expo 2019
4th Iraq Hvac Expo 2019: International Air Conditioning & Refrigeration Exhibition is organized by Elan Expo will take place on 25-27 April 2019 at Baghdad International Fair Ground at Baghdad, Iraq. IRAQ – THE MEETING POINT OF MANIFACTURERS In recent years, Iraq is one of the most preferable states in the construction sector through the Middle East. International investors are inclined to make investment to the country which is very rich
01-22-2019 | Energy & Environment
ReportsWeb
Iraq Crude Oil Refinery Outlook to 2023
Iraq Crude Oil Market, has been prepared based on an in-depth market analysis with inputs from industry experts. The report covers the market landscape and its growth prospects over the coming years. The report also includes a discussion of the key vendors operating in this market. "Iraq Crude Oil Refinery Outlook to 2023", is a comprehensive report on crude oil refinery industry in Iraq. The report provides details on oil refineries
08-29-2017 | Health & Medicine
TMR - Research Reports
Iraq Healthcare (Surgical Procedures) Market Analysis – 2022
Iraq has a centralized health care system, which utilizes public hospital-based capital intensive model of curative and preventive care. The Ministry of Health (MoH) is considered the major health care provider in Iraq. The two main players within the health care industry in Iraq are the public sector and the private sector. In the public sector, health care services are provided through primary health care centers and public hospitals at
08-12-2016 | Leisure, Entertainment, Miscel …
LastThink
Iraq Radio Live ( Online Radio )
Iraqi Live Radio is created to accommodate our users expectations, concerning to the development of pioneering technologies. The following application is compatible with iPhone, iPad and iPod touch meanwhile is very easy to use. This is a wireless telegraphy which broadcasts advanced Radio Stations available from all over the globe. Iraqi Live Radio is a free application which provides you with the striking opportunity to listen to your favorite music,
05-10-2012 | Energy & Environment
CWC Group
Iraq Petroleum 2012: Positioning Iraq on the World Energy Map
Iraq’s oil exports have reached the highest records in decades. Crude oil exports averaged 2.508 million bpd in April 2012 due to the opening of two new floating terminals, easing export constraints. The Iraq Petroleum 2012 Conference will address this recent increase in crude oil exports, in a key session titled ‘Positioning Iraq on the World Energy Map’ led by members of the Iraqi Government, including: H.E. Thamir Ghadban; H.E.
Comments about openPR
OpenPR is clearly structured and remains true to its principle of confining itself to the essential parts. OpenPR has proven to be a very good and reliable partner to our media agency: Within the shortest time the releases are online and go down well with the media representatives. The success of OpenPR is reflected in the steadily increasing number of press releases. It is good that OpenPR exists!
Ursula Koslik, Director Marketing & PR, F+W Hamburg