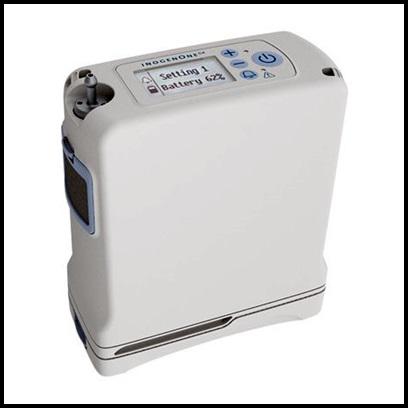 One of the most swiftly expanding medical devices industry verticals, medical oxygen concentrators market, has been gaining a commendable traction, of late. In terms of commercialization, the fraternity enrolled its name in the billion-dollar businesses in 2017 with a registered market share of USD 1.3 billion. The growth has been primarily attributed to two major rationales – cumulative exposure to pollution and industry dust particles along with the increasing number of smoking individuals. The changing lifestyle pattern has led to a massive prevalence of chronic obstructive pulmonary diseases across the globe, driving the medical oxygen concentrators industry share.With growing awareness of COPD and the reduction of life expectancy it leads to, oxygen concentrators will be preferred habitually and gradually replace the short life oxygen cylinders. Reportedly, oxygen concentrators use filters to generate medicated oxygen from normal breathing air providing it a greater value in comparison to oxygen cylinders which store limited amount of oxygen. As per a report by Global Market Insights, Inc. the U.S. medical oxygen concentrators market was dominant with 88.1% share in 2017. This high number can be primarily attributed to the continuously varying lifestyle and subsequent increase in COPD cases regionally. Augmented production of smoke from manufacturing plants, lack of healthy routines, and the favorable healthcare policies are some of the other factors pushing the U.S. medical oxygen concentrators industry trends.Get a Sample Copy of this Report:@https://www.gminsights.com/request-sample/detail/449The European countries are also witnessing an upsurge in unhealthy food consumption and cigarette smoking. In fact, the increasing prevalence of COPD has also substantially impacted Germany medical oxygen concentrators market trends. The regional share is anticipated to grow at 6.9% CAGR over 2018-2024. Add to it, the incessant efforts by the regional government to curb pollution levels and create health awareness will further boost the Germany market outlook. U.K. is another chief revenue pocket for Europe medical oxygen concentrators market with an anticipated CAGR of 7% over 2018-2024.The worldwide increase in the geriatric demography is yet another factor fueling the medical oxygen concentrators industry growth, given the high susceptibility of this population base to respiratory disorders. According to the World Health Organization, the global geriatric population (60 years or above) will nearly double from 900 million in 2015 to 2 billion in 2050. In this regard, the non-home care applications which include health rehabilitation centers and hospitals will witness substantial growth, driven by occupational lung diseases, harmful intake of substances and weak immunity among older patients. As per estimates, medical oxygen concentrators market share from non-home care applications will record a CAGR of 6.3% over the coming six years.WHO statistics in addition to depicting the massive rise in geriatric population base also reveal that around 80% of the older population by 2050 would be living in low and middle-income economies. In fact, by 2050, around 120 million of this populace will be living in China alone. Another statistic by the United Nations states that nearly 2/3rd of the world’s older people live in developing regions with the numbers growing faster than the developed economies. In 2015, Asia alone was home to 508 million people aged 60 or above, which is almost 56% of the global geriatric population. This figure is projected to go up to 60% in 2030, according to the UN. Not to mention, the aforementioned data vividly outlines the strong contendership Asia Pacific holds in the global medical oxygen concentrators market. China and Japan are touted as the major growth avenues for the APAC belt. While China procured a revenue of USD 70 million in 2017, Japan medical oxygen concentrators market held more than 40% of the APAC share in the same year.Make Inquiry about this report @ https://www.gminsights.com/inquiry-before-buying/449All in all, medical oxygen concentrators industry, subject to humongous investments in recent years, has become highly competitive with manufacturers developing and improving products in a bid to capture sizable market share. Companies are also inclining towards mergers & acquisitions and regional expansion strategies to gain a competitive edge. Spearheading the market share battle are corporations such as Chart Industries, DeVilbiss Healthcare, Inogen, Inova labs, Philips Healthcare, etc.Global Market Insights, Inc., headquartered in Delaware, U.S., is a global market research and consulting service provider; offering syndicated and custom research reports along with growth consulting services. Our business intelligence and industry research reports offer clients with penetrative insights and actionable market data specially designed and presented to aid strategic decision making. These exhaustive reports are designed via a proprietary research methodology and are available for key industries such as chemicals, advanced materials, technology, renewable energy and biotechnology.Arun Hegde Corporate Sales, USA Global Market Insights, Inc. Phone: 1-302-846-7766 Toll Free: 1-888-689-0688 Email: sales@gminsights.com