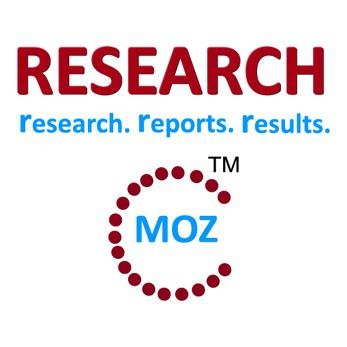 Albany, NY, 23rd August : Recent research and the current scenario as well as future market potential of "The Chinese Market for Wastewater Treatment" globally.Wastewater treatment efforts created a market of more than REDACTED in China in 2016. There will be more than REDACTED of wastewater treated in China in 2017, and more than REDACTED are reused.Get PDF for more Professional and Technical insights @ https://www.researchmoz.us/enquiry.php?type=S&repid=1641460The market grew at double-digit annual growth in most of the years in the past decade. Although the growth will slow down in the following five years, it will be still faster than most of the other countries in the world.The chapter breaks the whole Chinese wastewater treatment market down into three major types of end users: industrial, residential/commercial and agricultural users. The market details of each end user will be further analyzed and discussed, including the market estimates and forecasts of the wastewater treatment markets for industries such as chemical, papermaking, coal mining and washing and food processing, residential/commercial locations such as cities, counties, towns and villages, and agricultural production such as livestock and poultry farming.This chapter begins with the background of wastewater emissions of each major end user.According to the MEP, in 2015 industrial wastewater emission in China was REDACTED, down REDACTED from 2014. Industrial wastewater which includes emissions from waste treatment facilities including municipal solid waste treatment plants and medical waste treatment plants, was REDACTED in 2015.View Complete TOC with tables & Figures @ https://www.researchmoz.us/the-chinese-market-for-wastewater-treatment-report.html/tocMost of the above industrial wastewater was treated to some extent in factories or manufacturing sites before emissions. In 2015, Chinese manufacturers treated REDACTED of wastewater before emissions. After reusing or recycling, REDACTED were emitted to rivers, lakes, seas, or the pipe networks that connect to municipal wastewater treatment plants, which mainly deal with residential/commercial wastewater but sometimes also treat industrial wastewater. In 2015, the wastewater treatment plants dealt with more than REDACTED of industrial wastewater. Residential wastewater still accounts for the majority in 2015, REDACTED of the wastewater the plants treated was residential water, up from REDACTED in 2014.Residential/commercial wastewater emission in cities and counties was REDACTED, up REDACTED from 2014. It is estimated that in 2016 the emission reached REDACTED, and cities, counties, towns, and villages emitted, respectively, REDACTED, REDACTED, REDACTED, and REDACTED.Although the villages and towns emitted a significant volume of residential/commercial wastewater, they have much smaller market shares than cities and counties. In 2016, the residential/commercial wastewater treatment rates in cities, counties, towns and villages were, respectively REDACTED, REDACTED, REDACTED and REDACTED, which means most of the wastewater in towns and villages is still emitted without any treatment.Browse Report @ https://www.researchmoz.us/the-chinese-market-for-wastewater-treatment-report.htmlAgricultural wastewater is not measured at the wastewater volume but based on chemical oxygen demand (COD) and ammonia nitrogen levels. In 2015, the COD emissions from agricultural sources were REDACTED. The ammonia nitrogen emissions from agricultural sources were REDACTED.ResearchMoz is the one stop online destination to find and buy market research reports & Industry Analysis. We fulfill all your research needs spanning across industry verticals with our huge collection of market research reports. We provide our services to all sizes of organizations and across all industry verticals and markets. Our Research Coordinators have in-depth knowledge of reports as well as publishers and will assist you in making an informed decision by giving you unbiased and deep insights on which reports will satisfy your needs at the best price.Mr. Nachiket Ghumare, ResearchMoz, 90 State Street, Albany NY, United States, Tel: +1-518-621-2074, USA-Canada Toll Free: 866-997-4948, Email: sales@researchmoz.us, Follow me on : https://marketinfo247.wordpress.com/