bookatonce is now available in Spanish 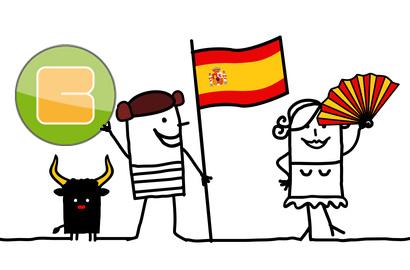 bookatonce, the web-based hotel management system from Dortmund’s protel hotelsoftware GmbH is now available in a Spanish language version, just in time for the first tourism trade fair, the FITUR on January 20th, 2010 in Madrid. The Spanish language version opens a new market for bookatonce: With 329 million native speakers worldwide, Spanish is the second most spoken language in the world, ranking even higher than English. Since September 2009, the online solution bookatonce is available in English and German. Launching a Spanish version next, was a decision based upon the touristic potential of Spain and Latin America. Spain alone is one of the most touristically developed countries worldwide, offering around 1.5 million hotel beds. It comes as no surprise that the demand for a web-based and flexible hotel management system, tailored especially for small hotels and guesthouses, is continually increasing. Of course bookatonce already has customers in Spain, Mexico, Peru and Uruguay, up until now however, they had to settle for the English version.“We are so happy to make bookatonce available in Spanish now. This way, we can better meet the needs and requirements of our customers and prospects in Spain and Latin America”, says Björn Grunert, International Sales Manager at bookatonce. Björn will also be attending the International Tourism Trade Fair FITUR in Madrid: As a guest at the booth of our Spanish Partner Serenissima (Hall 10/Booth 10G34) he will showcase bookatonce to the Spanish market. In addition to the hotel management module, together with a variety of useful additional components, bookatonce also offers modules to create your own website as well as online booking.About protel hotelsoftware Gmbhprotel hotelsoftware GmbH was founded in 1994; it currently operates under the leadership of managing partners Ingo Dignas, Jörg Hermann and Manfred Osthues. protel's head offices are located in Dortmund, Germany; the company enjoys a worldwide presence, with a branch in Dubai and a dense network of partner companies that work in close cooperation with one another.bookatonce is just the latest example of the successful application of protel's business philosophy, which for over 15 years has formed the basis of the Dortmund-based hotel software producer's success, under the motto "Innovation Meets Experience". In 1995, protel introduced the first Windows-based hotel management system onto the hotel software market. In so doing, it established a new standard, one that is today taken for granted everywhere. Thus, from its very first appearance on the market, the company has enjoyed a technological head start over the competition.In 2009, it's happening again with bookatonce. This web-based software, specifically developed for small hotels, guest houses and B&Bs, sets the experience gained from over 15 years of hotel software development on an entirely new technological footing. bookatonce is the first "genuine" SaaS application for the hospitality industry. As a latest generation Internet application, bookatonce can be used without restriction in the same way as any other application. The result: a system that is not just at the cutting edge of technology, but whose user-friendliness is also bound to set a whole new standard. bookatonce: further proof of the power of combining innovation with decades of experience.protel hotelsoftware GmbH Europaplatz 8 D-44269 Dortmund Germanywww.bookatonce.com www.protel-hotel-software.comPhone +49 (0)231 - 915 93 0 Fax +49 (0)231 - 915 93 999 Press contact: Marcus Dege marcus.dege@bookatonce.com

09-17-2010 | IT, New Media & Software
protel hotelsoftware GmbH
Best Western Blunsdon House launches first fully integrated booking engine at Fa …
Best Western Blunsdon House Hotel, UK, and German protel hotelsoftware announce the launch of the first booking engine completely integrated in Facebook. It is now possible to complete an entire booking straight from the hotel's Facebook fan page without having to leave Facebook or visit another website. Facebook users can view the hotel's offer and book a room realtime while at the same time chatting with their friends. This is spectacularly
03-23-2009 | IT, New Media & Software
protel hotelsoftware GmbH
protel proudly presents: bookatonce public premiere at ITB 2009
bookatonce, the new online hotel software by Dortmund’s protel hotelsoftware GmbH, gave a good accounting of itself in its debut at ITB 2009 in Berlin. The local and international public showed a keen interest in the innovative solution, present with its own stand at this year’s ITB in Berlin, where it was unveiled to the public. For all five days of the fair, the crowds at the bookatonce stand in the
03-17-2009 | IT, New Media & Software
protel hotelsoftware GmbH
bookatonce - protel´s new web-based hotel management system
Just in time for the spring trade fairs, Dortmund's protel hotelsoftware GmbH introduces its latest revolutionary product innovation: bookatonce, the world's first web-based hotel management system, is about to bring some excitement to the hotel software market. bookatonce is tailored to the specific needs of small hotels. Without the need for extra hardware, software or lengthy training, all that's needed to work with this innovative solution is Internet access. The
11-25-2008 | IT, New Media & Software
protel hotelsoftware GmbH
protel Voucher Module - Half the pain, twice the gain
At the beginning of December the eagerly awaited extension of protel's hotel software starts its pilot phase. The Flair Hotel Nieder in Bestwig (Germany) is the first protel customer who will apply the new protel module to sell vouchers in order to boost their turnover. Issuing, selling, printing and redeeming vouchers - protel's Voucher Module puts the professional handling of voucher sales at your fingertips. Vouchers become more and more popular

11-23-2016 | Tourism, Cars, Traffic
Costa de Valencia, S.L:
Preparation for Spanish exams
To learn Spanish intensively during one week means living a week full of unforgettable events Valencia. For many students it is no pleasure to think about the final exams. Everything is coming so fast, and you would just prefer to forget all about it. Am I ready for this? When do I need to start to study? Will I still have leisure time? Such questions go through your head, even though
03-08-2011 | Science & Education
Costa de Valencia, S.L:
Learning Spanish with children
A Spanish language school in Valencia organizes during Eastern holidays Spanish courses for parents and their children Valencia. The upcoming Eastern holidays offer the whole family the chance to learn the Spanish language. A Spanish school in the centre of Valencia offers the perfect combination for a family holiday: language training for parents and introductory Spanish for children. The parents attend an intensive Spanish course to learn in a short time as
02-28-2011 | Science & Education
Costa de Valencia, S.L:
Business Spanish
A school of Spanish for foreigners organizes courses of Business Spanish in preparation to the Official Exams of the Chamber of Commerce and Industry of Madrid. Valencia. Knowing a language also means to know specific vocabularies. The aim of most students of Spanish as a foreign language is not only that of improving their fluency, but also that of widening their vocabulary in specific areas that will be useful for finding
02-28-2011 | Science & Education
Costa de Valencia, S.L:
The true Spanish for foreigners
A school of Spanish for foreigners offers its students extra-activities and classes: colloquial Spanish and reading clubs. Valencia. It has been proved that studying a language just in class is not enough to learn it. A Student of Spanish as a foreign language needs not only the grammar, but a full everyday immersion into the language in order to learn those expressions that can’t be found in books. It is important to
02-21-2011 | Science & Education
Costa de Valencia, S.L:
Teaching Spanish as a Foreign Language
A Spanish school in Valencia organizes courses for future teachers of Spanish as a Foreign Language. Valencia. Being a Spanish native speaker doesn’t mean that you are able to teach your language. In order to teach a language, it is not only important to be a native speaker, but also to know how to teach it. Teaching a language requires a series of basic skills that enable you to teach
02-25-2010 | Business, Economy, Finances, B …
Workplace Spanish, Inc.
Workplace Spanish® Introduces “Spanish by the Slice™”
Roswell, GA, February 24, 2010 – Workplace Spanish, Inc., developer of the country’s most widely used Spanish learning materials for the workplace, introduces an economical way for anyone to learn and speak conversational and job-specific Spanish without busting their budget. “Spanish by the Slice™ is a parallel to the pizza business”, says Tom Sutula, president of Workplace Spanish. “With pizza, if you don’t want the whole pie—you order
Comments about openPR
We publish our press releases on openPR.de because we like people who are "open" - just like us.
Frank Obels, CEO, INCONET - Informationssysteme, Communication und Netzwerkberatung GmbH