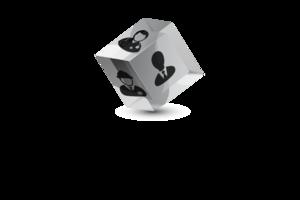 6 August 2018 (New Jersey) - When Verify.Wiki LLC, a start-up that fights against False News by a methodology called as "reverse virality " by combining crowdsourcing with social networking, noticed the recent lynching cases in India due to Fake WhatsApp messages, it immediately sprang into action. The company picked Chennai as a pilot city to check if it could avert another tragedy.The company observed two doubted Fake News circulating through WhatsApp on July 13th, 2018, one asking people to punish a school teacher in Perambur, Chennai for hitting and kicking little children, and another circulating a young female doctor's photo, claiming she was treating patients for free in Chennai. Both these posts went viral on WhatsApp and Facebook in Chennai.An adviser and investor at Verify.Wiki who recently requested the company to help with the lethal False News crisis in India, Siva Nadarajah, says, "The team immediately kicked off the pilot. They first learnt that the video that became circulated was from a school in Egypt, recorded in 2014, not from Perambur, Chennai. The team also quickly exposed the other story about the doctor was also fake, circulated by a person who steals profile photos of young women from Facebook."As soon as the stories were proven to be fake via crowdsourced research, Verify.Wiki said its "reverse virality" methodology ensured the propagation of the False News was stopped within hours. With reverse virality, the corrected version of the False News, was propagated back through the same path the story originated, via WhatsApp and Facebook, targeting those who might have consumed the False News.Siva Nadarajah said, "We were able to stop both the False News stories within a few hours. We also noticed the propagation of those two false stories completely stopping within 24 hours."Siva Nadarajah further added, "Imagine if Wikipedia and Facebook had a baby. You combine crowdsourcing with social networking. It's so effective when it comes to transparency and credibility in fighting False News. We stopped seven False News stories just within two weeks of our pilot in Chennai. Some are harmless and some are deadly. The good thing is anyone can anonymously submit a suspected False News and everyone can participate in the verification activities. It's a democratic process to fight against False News."Facebook, the parent company of WhatsApp recently took full page newspaper advertisements to aware people of Fake News spreading via WhatsApp, after lynching incidents killed dozens of people across India.Verify.Wiki uses the power of collaboration and crowd-sourcing to fight unverified content shared across WhatsApp, Facebook, Youtube and other online sources. Every contribution goes through a crowd-sourced verification process to ensure further accuracy and transparency. Users receive badges and industry certifications for contributing and verifying content.Media Contact: Siva Nadarajah, Phone 1-973-997-1697 press@verifywiki.com http://www.verify.wiki 991 Us Highway 22 Ste #200 Bridgewater, New Jersey 08807-2957

You can edit or delete your press release Verify.Wiki Fought against WhatsApp Fake News and Prevented Two Disasters in Chennai here

03-25-2019 | Industry, Real Estate & Constr …
Quintex GmbH
Product news...
We are proud to give you an update of our products and services: News1: We added our newest LED light fittings to our webshop. You can oder through the webshop or you can use your shopping cart as an inquiry form - whatever is best for you. This is the direct link to the webshop page of the LED luminaires: https://www.quintex.eu/catalog/ex-material/led-light-fightings/ News 2: For all developers of Ex d devices: we put our
02-12-2018 | Leisure, Entertainment, Miscel …
CAA Agency
Kris Kourtis News
Kris Kourtis is opening a new Radio station all about spirituality and celebrity interviews called Hollywood light. The station will launch in 2020. Kris expressed to the media how very happy he is to be back in Los Angeles. The radio station will be accessible worldwide. At fashion week New York Kris exclaimed that fashion will also be a topic on the schedule. Kris has left Crime TV and now is focusing more on spirituality.
06-22-2017 | Sports
webindia
Sports News in Tamil
Kamran Akmal-Gautam Gambhir: Gautam Gambhir is known to play his cricket with passion. India-Pakistan games are often high on passion and intensity. The occassion was the 2010 Asia Cup semifinal, and another high voltage India Pakistan clash was on the cards. Akmal made a loud appeal for caught behind which Gambhir didnt like, and the two players had a go at each other. Then, drinks break was announced, and both the
01-13-2017 | Health & Medicine
Global Citrus Fiber Market 2017 - Cargill, FiberStar, Natural Citrus Products Corporation, Golden Health (Foshan)
Global news
The 'Global Citrus Fiber Industry, 2017-2022 Market Research Report' is the detailed comprehensive analysis of the current state of the global Citrus Fiber industry with a focus on the Chinese market. The report provides deep knowledge of historical information, forecasts, company profiles, technologies, market drivers, market trends and related parameters within the Citrus Fiber Industry. The report includes accurate and sharp information on global market which would help to
02-21-2011 | Business, Economy, Finances, B …
Sphinx Asia
Quarterly News Sphinx Asia News
Sphinx Asia Wealth Management News Letter 1st Quarter 2011 We are recommending five (5) stocks for immediate purchase to implement a portfolio sector and issue shift in equities that emphasizes the undervalued nature of corporate assets where the whole is priced at less than the sum of its parts. This situation is emanating from segments of the Chinese market. We have, as well, a certain turnaround situation in the US industrial sector.
10-28-2010 | Media & Telecommunications
Thaivisanews
Bangkok News
Bangkok remains on a high flood alert although the use of sand bags and the removal of some residents seems to have been a very wise move at this stage. The goverment also announced a resuce package Thailand’s government approved a 2.9 billion baht ($97 million) special budget to help victims of the nation’s worst flooding in five decades, as authorities in Bangkok worked to strengthen the city’s defenses. They will
Comments about openPR
Your portal is fast, simple, and easy to use. Others may have more functions but they also demand more editing time, you have to preformat the text in order to achieve a good result etc. I think openPR is really fantastic!
Andreas Knepper, wallmedien AG