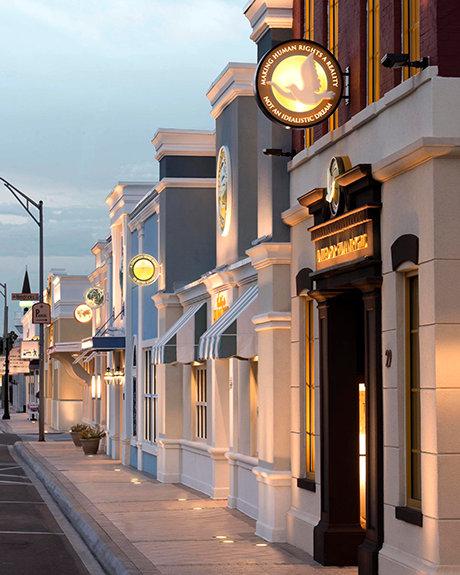 Clearwater, FL: On Saturday the 15th of September, the Church of Scientology Flag Service Organization, along with United for Human Rights Florida Chapter, the Way to Happiness Association of Tampa Bay, the Florida Chapter of the Foundation for a Drug Free World and others, are sponsoring the Tampa Bay Humanitarian Film Festival at their centers in Clearwater Florida. The event begins with a reception at 4pm in the Scientology Information Center, 500 Cleveland Street, where guests can also pick up their complimentary festival badge and schedule. Screenings will be held at the humanitarian centers along North Fort Harrison Ave starting at 5pm. Refreshments will be served. “We are celebrating humanity through the art of film,” said organizer Lisa Mansell. “Approximately 20 short films will be screened, covering human rights, anti-drugs and service to others. The films include documentaries, narrative films and animated films.”The festival will be capped by a 7pm dinner and reception, followed by an 8pm screening of a full-length feature film in the Osceola Courtyard, located at 201 N. Fort Harrison Ave. The Humanitarian program Centers, located along N. Fort Harrison Ave. between Cleveland and Drew Streets, house the social betterment and humanitarian programs supported by the Church of Scientology. Non-religious in nature, these non-profit organizations offer resources to help tackle global issues like drug abuse, human trafficking and psychiatric abuse to declining moral values. “L. Ron Hubbard wrote ‘A civilization without insanity, without criminals and without war, where the able can prosper and honest beings can have rights and where man is free to rise to greater heights, are the aims of Scientology,’” added Ms. Mansell. “This is the goal of many, and showing these films, we hope to not only foster an interest in film, but also to inspire people to do what they can to improve the lives of others.”Short films are still being sought for the event and filmmakers are encouraged to call 727-467-6860 for more information as to how to submit their film. The films are to be between 3 – 20 minutes and the deadline is August 26th at 6pm.About the Church of ScientologyThe Scientology religion was founded by American author and humanitarian L. Ron Hubbard. The first Church of Scientology was formed by Scientologists in Los Angeles in 1954. Today the religion spans the globe with more than 11,000 Churches, Missions and affiliated groups across 167 nations. Social responsibility is a logical extension of spiritual values, and since the founding of the Church of Scientology in 1954, Scientologists have been actively involved in service to their communities.Humanitarian and Social Betterment programs sponsored by Scientologists and like-minded groups include: United for Human Rights, The Way to Happiness Foundation, The Foundation for a Drug Free World, the Volunteer Ministers, the Citizen’s Commission on Human Rights and Criminon.Lisa Mansell c/o Church of Scientology FSO 503 Cleveland Street Clearwater, FL 33755727-467-6860