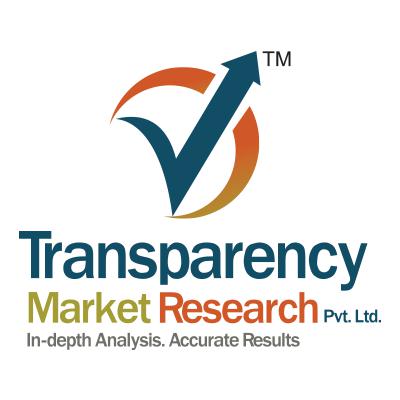 Another driver expected to have a greater impact in the near future is the trend of product upgrade. Connected devices are improving in hardware specifications at a very fast pace. Additionally, the improvements in connectivity networks and bandwidth, such as the recent upgrade to the 802.11ac protocol, have promoted the trend of replacing devices at a faster rate.

Home networking devices, however, face a serious challenge from the emerging portable router solutions being offered. The threat of portable networking solutions is low at the moment, but is expected to grow stronger as its technology improves over time.

Get PDF Sample of Report @ https://www.transparencymarketresearch.com/sample/sample.php?flag=S&rep_id=602

Although a large part of the Asia Pacific consumer base still prefers wired networks, this is expected to change quickly over the coming years. Meanwhile, North America is expected to lose market share in home networking devices, not due to a decline in demand, but due to the penetration of prominent players in other regions. North America will continue to be a key provider of demand for home networking devices, but not on the same scale as Asia Pacific.

Wireless Networks to Gain Prominence Over Wired Networks in all Regions

You can edit or delete your press release Home Networking Device Market: Wireless Networks to Gain Prominence Over Wired Networks in all Regions here

06-15-2018 | IT, New Media & Software
kbvresearch.com
Wireless Display Market Size
According to a new report Global Wireless Display Market, published by KBV research, the Global Wireless Display Market size is expected to reach $5.2 billion by 2023, rising at a market growth of 11.6% CAGR during the forecast period. The North America market holds the largest market share in Global Wireless Display Software & Services Market by Region in 2016, and would continue to be a dominant market till 2023; growing
09-07-2017 | Media & Telecommunications
Transparency Market Research Technology
In-Building Wireless Market -
Global In-Building Wireless Market: Overview In-building wireless refers to communication solutions that are used to maintain connectivity inside a building where signals from the core infrastructure are not reachable. In-building wireless solutions are of keen interest to network providers that are seeking enhanced delivery of services to their core clients in the most demanding signal environment. The conventional distributed antenna systems (DAS) based in-building wireless has moved its main focus from
05-19-2017 | IT, New Media & Software
Persistence Market Research
Wireless Surveillance Systems Market
Safety and security from possible threats is essential for every person. Wireless surveillance system is a useful solution which provides efficient and effective security to people as well as other applications such as businesses, malls, and public spaces. Wireless surveillance system are mounted easily anywhere with less space requirement as they does not require wires to power the devices. These system get their power from batteries which makes them flexible.
03-30-2017 | Business, Economy, Finances, B …
Persistence Market Research Pvt. Ltd
Global Wireless Chipsets Market
A wireless chipsets are a part of internal hardware made to enable a device to communicate and connect to another wireless device. A wireless adapter or chipset internet card is an inner hardware design, which is used in wireless communication systems or computer to connect with other devices. The market is expected to grow with a double digit CAGR. The consumers shift towards portable devices coupled with the increase usage
03-23-2017 | Advertising, Media Consulting, …
MRC
Wireless Pressure Sensors Market
MRC announces the addition of new study based research report on Wireless Pressure Sensors market to their suite of offerings. Where the Wireless Pressure Sensors market is heading? If you are involved in Wireless Pressure Sensors sector, the report brings to your attention a basic overview of the Wireless Pressure Sensors market with market definition, classification, applications, segmentation, plans, manufacturing processes, product specifications, cost structures, regional analysis, and value chain
02-27-2013 | IT, New Media & Software
Adaptive Wireless Solutions
Adaptive Wireless Solutions Introduces Wireless Cloud Gateway
The wireless cloud gateway is a completely self contained wireless mesh solution which is ideal for temporary monitoring applications including energy audits, environmental monitoring and critical facility status reporting. The gateway comes with built-in configuration tools, extended device support, on-board and cloud-based data logging and Modbus TCP support for stand-alone and integrated monitoring solutions. Wireless device data can be logged for months on the gateway’s on-board Micro SD card. Powerful embedded
Comments about openPR
We publish our press releases on openPR.de because we like people who are "open" - just like us.
Frank Obels, CEO, INCONET - Informationssysteme, Communication und Netzwerkberatung GmbH