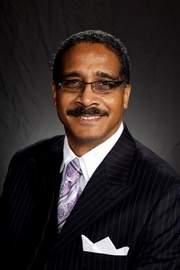 The Rev. Dr. Kelly Miller Smith Jr. will be the keynote speaker for the 2010 Martin Luther King Jr. Day Convocation on Monday, Jan. 18, at Tennessee State University’s Gentry Center. The convocation program follows the annual Dr. Martin Luther King Jr. March from 28th Avenue North to the Tennessee State University campus. This year’s event celebrates the 50th anniversary of Nashville’s sit-in demonstrations. The Interdenominational Ministers’ Fellowship has adopted, “From We Shall Overcome” to “Yes We Can! What’s Next?” as its theme.The National Baptist Convention will hold its annual conference in Nashville the week of Jan. 18 and the Interdenominational group has extended an invitation to its estimated 15,000 participants to join the march and convocation.Smith, a Knoxville resident, holds a doctorate of ministry and is pastor of Mt. Olive Baptist Church. He also serves as executive director of the Sunday School Publishing Board of the National Baptist Convention. He is the son of the late Rev. Kelly Miller Smith Sr., noted for his prominent role as an activist and leader during Nashville’s civil rights movement.When the U.S. Supreme Court handed down its Brown v. Topeka Board of Education (1954) decision against school segregation, Smith Sr. was president of the Nashville chapter of the NAACP.In 1955, Smith Sr. joined 12 other black parents in a federal suit to achieve desegregation in Nashville public schools. In 1958, the Rev. Smith Sr. founded the Nashville Christian Leadership Council, the organization that sponsored the nonviolent role in desegregating Nashville’s lunch counters, hotels and theaters.“The 2010 Martin Luther King Jr. march and convocation will have a very special significance to our community as we celebrate the 50th anniversary of the Nashville sit-ins, honor the sit-in participants for their courage and have the son of one of Nashville’s pre-eminent civil rights leaders serve as our keynote speaker,’’ Kelvin Jones, chair of the 2010 March & Convocation, said in a press statement. “We invite and encourage all Middle Tennesseans to join us as we celebrate this milestone occasion.”The National Baptist Convention, USA, Inc. was founded in 1880. The Sunday School Publishing Board, one of the largest denominational publishers in the United States, serves 26,000 churches with an approximate membership of more than 7.5 million. In an average year, the SSPB processes a minimum of 500 leadership education schools, certifies more than 80,000 students and accredits at least 3,000 deans and instructors.Sunday School Publishing Board 330 Charlotte Avenue Nashville, TN 37201 1-800-359-9398 www.sspbnbc.com

You can edit or delete your press release Kelly Miller Smith Jr. to speak on MLK Day here