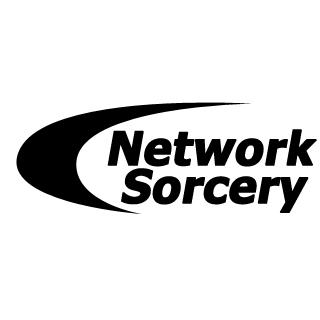 Network Sorcery is offering a software package called UCAN. This is intended to be used for a variety of informative and quality-of-life upgrades for the owner and operator of any vehicle. The UCAN system is able to communicate across most vehicles' communication bus, from motorcycles to class-8 trucks.The UCAN system has been updated to graphically display vehicle data as gauges. Data synchronization is near perfect, and updates in real time. The data stream is many times faster than market-leading scan tools can deliver. By comparison, OBD2-only tools deliver roughly eighty to one hundred parameters per second, where this hybrid native/active system can reach upwards of six thousand parameters per second and beyond. This system provides better performance, improves safety, and gives both more volume and detail within the data. The UCAN system is capable of investigating PIDs and DTC, while also outputting data in an easy-to-use form.OBD2-only scanners cannot decode some essential parameters, including those that show driver intent. This makes the UCAN system cutting edge in the development of a unified vehicle platform and integration of onboard data streams. UCAN has been in a prototype state, and currently contains a limited set of test-drive data to decode. Further decoding of native vehicle languages will be a perpetual task for expanding the number of supported vehicles and their parameters.Network Sorcery is announcing graphical integration with the UCAN data stream, providing use with Race Render 3 or Dashware applications. This allows dashcam videos to be synchronized with the data recorded and displayed with gauges.Other applications for this technology range from performance enhancement, fuel efficiency, safety, alerts and reminders, data logging, recreation, car customization, and much more. Network Sorcery will be adding compatibility for third-party applications, and potentially integrating third-party hardware. In the future, Network Sorcery hopes to become a Vehicle to Vehicle communications platform.The recommended hardware platform is a Raspberry Pi 3 with a PiCAN2 board attached. In addition, UCAN can run with any CAN-adapter that provides a Socketcan interface under Linux.We are Network Sorcery, a network solutions provider since 1999. Developing decoders and software applications for vehicles has been our focus for the past five years.Our project lead has developed J1708/J1587, J1939 and OBD2 decoders for several products that are currently used in the telematics industry. Our decoder has been developed to address the shortcomings that we have seen in the field. In the past, we have needed to hardwire connections to turn signals, brake switches and ignition systems because these protocols did not have the data available. OBD2 was never designed for telematics use. You cannot pull data from an OBD2 system reliably faster than about 100 parameters / second before you start interfering with the operation of the car. For example, we tested a 2009 Saturn Aura that started to throw DTCs and lit up the dashboard like a Christmas tree at 75 requests per second (15 millisecond intervals). On the other hand, running on a cheap Raspberry Pi, we can pull 6000 parameters per second passively, with no possibility of interference in real time.This is not to say that OBD2 is useless, far from it. It is just another tool in the toolbox. We can seamlessly integrate both. Vehicle tech is advancing quickly and everyone puts in proprietary methods of dealing with the sensor fusion problem. The manufacturers put the support effort into their protocols to add new functionality, not OBD2 which is usually an afterthought.Our plans for expanding our vehicle decodes and applications further are very ambitious. Network Sorcery has the tech and know-how to bring more hardware to the table and inspire application development within our expanding community. Our goal is to provide a better decoding solution for vehicles than what OBD2-only scanning can produce.Press contact: Shawn Conner Corporate Communications Officer Network Sorcery 11956 Bernardo Plaza Center San Diego, CA 92128 United States of America Phone: +1 858-663-8159 Shawnlconner@gmail.com