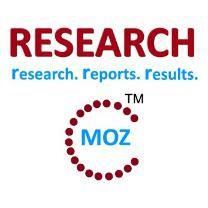 Researchmoz added Most up-to-date research on "Global Captive Power Generation Market Research Report 2018" to its huge collection of research reports.This report studies the global Captive Power Generation market status and forecast, categorizes the global Captive Power Generation market size (value & volume) by manufacturers, type, application, and region. This report focuses on the top manufacturers in North America, Europe, Japan, China, and other regions (India, Southeast Asia, Central & South America, and Middle East & Africa).Request Sample Copy of Report @ https://www.researchmoz.us/enquiry.php?type=S&repid=1860231Captive power generation is the power generation unit that has been set up by an industry or individual for its personal consumption. This might comprise a power generation unit or plant set up by a cooperative society or an association of people for the generation of power mainly for the use of its members. The prime forces of the global captive power generation market are burgeoning demand for power coupled with the prevalence of cross-subsidy charge in the cost of generation of per unit of power. Mounting demand across the globe along with growing urbanization and industrialization and an incessantly rising world population is expected to boost the adoption of captive power generation. In the near future, the global captive power generation market is expected to grow at a steady and moderate rate. It has been anticipated that the market will be mainly driven by the growing demand for power and the sky rocketing costs of electricity. The demand for captive power generation is expected to intensify over the next couple of years due to the existence of the element of cross subsidy in power tariff and rise in per unit cost of power generation. Asia Pacific is expected to remain one of the largest markets for captive power generation in light of robust manufacturing base of aluminum, steel and copper in China and India. Expansion of petrochemical refining capacity in Middle East on account of regulatory inclination to augment manufacturing sector output to cater growing domestic demand in automotive and construction applications is expected to fuel captive power generation market in the near future. The government of Mexico announced National Infrastructure Plan (NIP) from 2014 to 2018, intended for improving construction industry growth in energy, construction and transportation sectors.The global Captive Power Generation market is valued at xx million US$ in 2017 and will reach xx million US$ by the end of 2025, growing at a CAGR of xx% during 2018-2025.The major manufacturers covered in this report Wartsila GE Welspun Group, Reliance Industries Vedanta Resources Essar Energy Jindal Power & Steel Ultratech Cement LimitedGet Complete TOC With Tables and Figures @ https://www.researchmoz.us/global-captive-power-generation-market-research-report-2018-report.html/tocGeographically, this report studies the top producers and consumers, focuses on product capacity, production, value, consumption, market share and growth opportunity in these key regions, covering North America Europe China Japan Southeast Asia IndiaWe can also provide the customized separate regional or country-level reports, for the following regions: North America United States Canada Mexico Asia-Pacific China India Japan South Korea Australia Indonesia Singapore Rest of Asia-Pacific Europe Germany France UK Italy Spain Russia Rest of Europe Central & South America Brazil Argentina Rest of South America Middle East & Africa Saudi Arabia Turkey Rest of Middle East & AfricaOn the basis of product, this report displays the production, revenue, price, market share and growth rate of each type, primarily split into Cogeneration Tri-Generation Quad-Generation NormalOn the basis of the end users/applications, this report focuses on the status and outlook for major applications/end users, consumption (sales), market share and growth rate for each application, including Industrial Commercial Residential OthersThe study objectives of this report are: To analyze and study the global Captive Power Generation capacity, production, value, consumption, status (2013-2017) and forecast (2018-2025); Focuses on the key Captive Power Generation manufacturers, to study the capacity, production, value, market share and development plans in future. Focuses on the global key manufacturers, to define, describe and analyze the market competition landscape, SWOT analysis. To define, describe and forecast the market by type, application and region. To analyze the global and key regions market potential and advantage, opportunity and challenge, restraints and risks. To identify significant trends and factors driving or inhibiting the market growth. To analyze the opportunities in the market for stakeholders by identifying the high growth segments. To strategically analyze each submarket with respect to individual growth trend and their contribution to the market To analyze competitive developments such as expansions, agreements, new product launches, and acquisitions in the market To strategically profile the key players and comprehensively analyze their growth strategies.In this study, the years considered to estimate the market size of Captive Power Generation are as follows: History Year: 2013-2017 Base Year: 2017 Estimated Year: 2018 Forecast Year 2018 to 2025For the data information by region, company, type and application, 2017 is considered as the base year. Whenever data information was unavailable for the base year, the prior year has been considered.Key Stakeholders Captive Power Generation Manufacturers Captive Power Generation Distributors/Traders/Wholesalers Captive Power Generation Subcomponent Manufacturers Industry Association Downstream VendorsBrowse Detail Report @ https://www.researchmoz.us/global-captive-power-generation-market-research-report-2018-report.htmlAbout ResearchMozResearchMoz is the one stop online destination to find and buy market research reports & Industry Analysis. We fulfill all your research needs spanning across industry verticals with our huge collection of market research reports. We provide our services to all sizes of organizations and across all industry verticals and markets. Our Research Coordinators have in-depth knowledge of reports as well as publishers and will assist you in making an informed decision by giving you unbiased and deep insights on which reports will satisfy your needs at the best price.ResearchMoz State Tower, 90 State Street, Suite 700, Albany NY - 12207 United States Email: sales@researchmoz.us Website @ https://www.researchmoz.us/ Tel: 866-997-4948 (Us-Canada Toll Free) Tel: +1-518-621-2074 For More Reports Visit @ http://marketresearchlatestreports.blogspot.in/