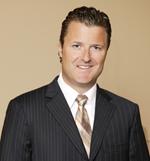 For the second time in three years Robert Allard of the law firm Corsiglia, McMahon & Allard has been named Trial Lawyer of the Year by the Santa Clara County Trial Lawyers Association.Allard has developed a reputation for taking tough cases where insurance companies offer little or no money to an injured victim and for providing aggressive representation which generates just compensation for his clients.In a case earlier this year, Egbert vs. Nor Cal ReLiEF, Allard secured a $2.056 million arbitration award for a public school behavioral specialist who was seriously injured in a head-on car crash while traveling on a school field trip. Despite a clear case of liability, horrific injuries and hundreds of thousands of dollars in medical bills and lost wages, the school district's relief fund (Nor Cal ReLiEF) never offered a penny in settlement and resorted to fighting the victim every step of the way.In another case, a nursing assistant suffered severe neck problems that required surgery after she was rear-ended at ten miles an hour. Allard took over the case from another law firm and secured $1.25 million from Allstate. For years Allstate claimed that a low speed accident could not cause such medical problems. Upon taking over the case Allard successfully developed the proof that his client's pre-existing conditions triggered the neck injuries and subsequent surgical procedures.“Robert Allard tirelessly works for justice on behalf of his clients. He has a commitment to holding those that injure hardworking Americans personally responsible for their actions,” said Mark Sigala, President, Santa Clara County Trial Lawyers Association.Allard began 2009 with a bang, winning a jury verdict of $1.85 million against a $100k offer for a motorcyclist who suffered a serious leg injury (Allen v. Bottomley). The jury awarded what is believed to be one of the highest proportionate awards for general damages in Santa Clara County in recent years (over 8 times the special damages, which consisted only of medical bills since wage loss was not claimed).The Trial Lawyer of the Year award is conferred annually by the SCCTLA to an attorney who has achieved legal justice against the odds. Allard also won the award in 2007.About Corsiglia, McMahon & Allard Robert Allard and Timothy McMahon, named as Super Lawyers, join partner Brad Corsiglia, honored by Best Lawyers in America, and associate Mark Sigala, President, Santa Clara County Trial Lawyers Association, to position Corsiglia, McMahon & Allard as the top personal injury law firm in Silicon Valley that is devoted to the aggressive litigation of claims by those who have been seriously injured or killed due to another's carelessness.Corsiglia, McMahon & Allard 96 North 3rd Street, Suite 620 San Jose, CA 95112Contact: Robert Allard at 408-287-1417

You can edit or delete your press release Robert Allard, Law Firm of Corsiglia, McMahon & Allard Named 2009 Trial Lawyer of the Year here

02-06-2019 | Politics, Law & Society
JS Defense
Woodbury Criminal Defense Lawyer
Effective, Experienced and Ethical Criminal Defense If you have been charged with a crime, it is important to hire an experienced Twin Cities criminal defense lawyer who has a record of success at trial. I am Woodbury Criminal Defense Lawyer Justin Schiks. My firm defends people accused of felony and misdemeanor crimes in the Minneapolis-St. Paul area and throughout Minnesota with office locations in Woodbury, Edina and Roseville. I have a reputation
01-04-2019 | Politics, Law & Society
Wandres Law
Oil & Gas Explosion Lawyer
Concerns about gas and oil explosions and worker safety have been at the forefront of Oklahoma state officials’ minds as they continue to investigate a recent Pittsburg County explosion that left five workers dead and 17 with minor injuries. The explosion has shaken a state that is heavily invested in the fuel industry and has been said to be the worst incident of its kind since the Deepwater Horizon tragedy. Oklahoma
01-09-2012 | Politics, Law & Society
Boston Criminal Lawyer
Boston Criminal Lawyer
When looking for a Boston criminal defense attorney, look no further than the attorneys at Milligan Coughlin. The experience combined at Milligan Coughlin offers every individual accused of a crime the security that comes from knowledgeable representation one might expect at a large firm, while maintaining the personal touches and accessibility that is ideal from a small firm. The Boston Criminal Lawyer team at Milligan Coughlin work side by side
09-19-2011 | Politics, Law & Society
The Public Relations and Marketing Group
Introducing New York Lawyer Pages
PRMG Announces Launch of New York Lawyer Pages Website nylawyerpages.com The Public Relations and Marketing Group, LLC (PRMG) announced it has launched its newest website-based entity, New York Lawyer Pages. The website was created by PRMG, a leading provider of customized marketing solutions for attorneys in New York State. The site provides important resources for the public by allowing them access to a database of attorneys who practice in the field in
02-02-2011 | Politics, Law & Society
floridalawteam
Boynton Beach Personal Injury Lawyer
We commonly answer the questions about what rights someone has when they are in an accident. These enquiries come from both drivers who caused the accident and those who did not. At Drucker law offices, our personal injury lawyer in Boca Raton (also, Miami accident lawyer, North Miami injury attorney, Pembroke Pines accident attorney, Miramar injury lawyer, Plantation lawyer, Tamarac injury lawyer, Coral Springs attorney, Fort Lauderdale injury
01-25-2011 | Politics, Law & Society
Chicago Legal Group
Illinois Employment Lawyer affiliates with Lake County Divorce lawyer
CHICAGO, IL Barry Zlotowicz, Illinois employment lawyer and President of the Chicago Legal Group has developed an informal affiliation with Lake County Divorce lawyer Susan Lampert of Susan Lampert & Associates. Ms. Lampert is a Chicago divorce lawyer who has practiced in the area of Illinois family law for twenty years. Ms. Lampert’s practice is based in Deerfield, Illinois but she is available for consultation in downtown Chicago as
Comments about openPR
OpenPR ist the nicest and most clearly laid out PR platform I have seen to this day. The press releases are displayed very nicely and clearly and without any unnecessary frills. The updates are fast and the finished release looks appealing and is clearly legible. Even with 16 years of experience one discovers new things from time to time. Congratulations!
Gabriele Ketterl, Director Marketing & PR, Menads