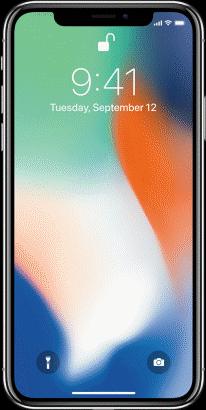 A wide range of sources have published a series of disappointing reports about the success of the new Apple X, and experts believe that Apple has failed to reap the profits it intended to make with iPhone X sales. Recent reports suggest that Apple will only be manufacturing 8 million units of the iPhone X during the second half of this year. Needless to say, Apple has faced huge disappointments with the sales and revenues, and experts believe that a $1000 price tag isn’t exactly a winner given the current dynamics of the smartphone industry. During Christmas time last year, Apple failed to predict the demand accurately and ended up ordering an excessive amount of iPhone X units, and even though the demand was raging hot during that time, Apple failed to sell all its units. Currently, experts believe that Apple is seeking out ways to somehow “burn off” the piles of inventory that has put resellers into a definitive financial qualm. This explains why Apple has decided to reduce the production capacity of iPhone X to a mere 8 million units for this season, and during the first half of the year, Apple has sold almost 14 million units of the iPhone X. This reveals a reduction of around 27 million units as compared with the revenues earned in December, 2017. Several Apple suppliers and resellers have step forward to voice their concerns over Apple’s decision to slow down the production of the enigmatic iPhone X, which portrays a financial forecast of low revenues for the upcoming season. This also presents bad fortunate for other technological companies that collaborate with Apple, such TSMC the A11 chip supplier, along with AMS, the Austrian laser tech company that designs the features of Face ID. Experts state that not only Apple, but also, Samsung, the only provider of the OLED screen that powers the iPhone X, is also planning to reduce supply given the slow pace of the demand expected in the second half of the year. Apple has not specified the reasons behind its reduced sales and revenues, but it has announced the total amount of iPhone X units that will be sold during the second quarter. Naturally, the average selling price of the new iPhone also paints a bleak picture of its performance and profitability. Last year around Christmas holidays, the ASP was around $796, which indicated that the new iPhone X revenues made up a massive chunk of the 77.3 million iPhone units that were sold during that time. Apple will share further details soon, and the latest ASP figures will allow us to make accurate assumptions regarding the profitability and performance of the iPhone X in the second quarter of the year. Experts believe that Apple is expected to sell around 60 million units of the iPhone X during the first year of its launch, however, this assumption depends on Apple’s ability to sell at least 33 million units during the third quarter.Customernumbers is the first website when you can find contact numbers of major companies onlineCustomernumbers 100 Harris Street Pyrmont NSW 2009, Australia

05-04-2022 | Advertising, Media Consulting, …
HTF Market Intelligence Consulting Pvt. Ltd.
Apple Accessories Market to Witness Huge Growth by 2026 | Samsung, Apple, Bose
The Latest research study released by HTF MI "Global Apple Accessories Market" with 100+ pages of analysis on business Strategy taken up by key and emerging industry players and delivers know how of the current market development, landscape, technologies, drivers, opportunities, market viewpoint and status. Understanding the segments helps in identifying the importance of different factors that aid the market growth. Some of the Major Companies covered in this Research
02-18-2021 | Fashion, Lifestyle, Trends
HTF Market Intelligence Consulting Pvt. Ltd.
Apple Accessories Market to see Booming Business Sentiments: Sony, Apple, Bose
The latest research article entitled Global Apple Accessories market provides comprehensive data regarding the industry to the companies to give then a competitive advantage. The report eludes very useful reviews & strategic assessment including the generic market trends, upcoming & innovative technologies, industry drivers, challenges, regulatory policies that propel this Universal market place, and major players profile and strategies. The research study provides forecasts for Apple Accessories investments till 2026. Get
10-15-2019 | Fashion, Lifestyle, Trends
Cellucity
APPLE iPhone 11 Review
The headline feature of the iPhone 11 Pro Max is the new camera system. From night shooting mode to ultra-wide lenses, Apple's latest iPhones have a bunch of new camera tricks. It seems like Apple made an incredibly obvious move this year: it made the phone a little thicker and put a bigger battery inside. The iPhone 11 Pro Max is the phone most people who are upgrading to a new
12-06-2018 | Advertising, Media Consulting, …
Market Data Forecast
Apple Juice Market Trends, Segment and Future Growth to 2023 - Major Key Players …
Apple Juice Market Overview Apple juice is a fruit juice made by the maceration and pressing of an apple. The resulting expelled juice may be further treated by enzymatic and centrifugal clarification to remove the starch and pectin, which holds fine particulate in suspension, and then pasteurized for packaging in glass, metal or aseptic processing system containers, or further treated by dehydration processes to a concentrate. Due to the complex and costly
10-11-2017 | Advertising, Media Consulting, …
market research 2017
Smart Headphones Market Size 2017-2022 Valencell, Apple, Cosinuss, Intel, Apple
Recent market study " Global Smart Headphones Market 2017" analyses the crucial factors of the Smart Headphones market based on present industry situations, market demands, business strategies adopted by Smart Headphones market players and their growth scenario. This report isolates the Smart Headphones market based on the key players, Type, Application and Regions. The Smart Headphones report provides the past, present and future Smart Headphones industry Size, trends and the
01-18-2017 | Business, Economy, Finances, B …
Transparency Market Research
Apple Wine Market: Leading Fermented Alcoholic Beverages made from Apple
Apple Wine Market: Overview Earliest form of wine was invented in China 9000 years back. Wine is an alcoholic beverage formed with mostly fermentation of grapes. When grapes ferment, chemical reaction is triggered without the addition of sugars, acids, enzymes, water, or other nutrients. Yeast is added with time to the oak barrel which consumes the sugar in the grapes and converts it to ethanol and carbon dioxide. With expansion of
Comments about openPR
OpenPR is clearly structured and remains true to its principle of confining itself to the essential parts. OpenPR has proven to be a very good and reliable partner to our media agency: Within the shortest time the releases are online and go down well with the media representatives. The success of OpenPR is reflected in the steadily increasing number of press releases. It is good that OpenPR exists!
Ursula Koslik, Director Marketing & PR, F+W Hamburg