Shear Pins Market Growth to be Benefited by Technological Advancements 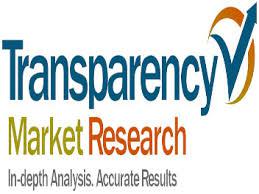 A shear pin is a device meant to enable the desired result to occur after a certain force that is predetermined is applied. A shear pin could either work as a conditional operator that doesn’t allow mechanical devices to function without the correct amount of force or merely as a safeguard meant to sacrifice itself in order to shield other mechanical parts. A shear pin functions as a connector from the shaft to the auger. A few common items that could pose a problem include –A frozen newspaper thrown on the driveway during the winter A lawn ornament such as a garden gnome that has blown into the walkway A children’s toy accidentally forgotten in the backyard A dog’s leash A package delivered on the doorstep If not for the shear pin, the augur shaft or gear case could be extensively damaged. It may not even be possible to repair the damage without professional help. With the fail-safe design provided by the shear pin, it is possible to replace minute parts and resume work as soon as possible, provided a few spares are on hand.Get PDF Sample of This Report @ https://www.transparencymarketresearch.com/sample/sample.php?flag=B&rep_id=32756Shear Pins Market: About Safeguard Shear PinsShear pins function as safety devices meant to shear during an excessive mechanical load. Shear pins prevent costly parts from suffering damage. Shear pins serve as mechanical sacrificial lambs and could be compared to electric fuses. Shear pins are commonly deployed in drive trains including marine engine propellers or snow blower augers. Shear pins also find use in large aircraft as pushback bars. In aircraft, shear pins typically connect the towbar (which is attached to the aircraft) ‘head’ to the primary towbar shaft. This is how shear pin failure physically separates the aircraft from the tractor. A shear pin is designed in such a way that it could fail in several different ways – sudden acceleration or braking or towbar rotation around the long axis. Any of these could be potentially debilitating to the aircraft.Shear Pins Market: Shear Pins Used in WeaponsOn account of being low cost and highly reliable, shear pins are widely deployed in weapons such as explosive devices. A striker pin can be effectively held in place by a shear pin. This prevents the striker pin from hitting a primer without the required amount of force, which could be the acceleration during a rifle grenade launch. The force applied would break the shear pin, enabling it to move behind on to a primer that then ignites a delay in composition for the purpose of self-destruction. Thus, shear pins stop striker pins from hitting the primer in case a grenade is accidentally dropped. Shear Pins Market: Shear Pins as Conditional OperatorsAs a conditional operator, shear pins prevent mechanical devices from functioning before the conditions specified are met. The operational force desired is given a unique threshold by the shear pin. Shear pins deliver a high amount of predictability and reliability along with being extremely easy to manufacture and cost-effective. Shear pins are essentially maintenance free and are operationally ready for many years with almost no noticeable drop in reliability. The sole flaw is that shear pins can only be used in one operating cycle; they need to be changed after every cycle. A number of designs exploit the ever-ready, maintenance-free state of shear pins. For e.g. – A hydraulic dampener meant to protect from earthquake damage should be able to take advantage of a shear pin. The system should ideally be rigid during regular conditions, but the shear pin would break during an earthquake leaving the hydraulic dampening system to function as required.Shear Pins Market: Material UsedA shear pin can be constructed from a number of materials, but the most commonly used is metal. When a metallic object is made for any mechanical application, tempering is preferred to make the construction damage resistant. This can be accomplished by way of making the material highly elastic so that the metal reverts to its original shape after any deformation by way of external force. A shear pin is actually tempered to make metal brittle. This is done to make the shear pin shatter or break as opposed to bending with an external force. A shear pin material is selectively treated to make it fatigue resistant. Therefore, when a small force that is inadequate to break the pin is applied, no damage is suffered by the pin. If material fatigue was able to weaken shear pins, they could be broken down by forces lesser than the initial threshold making the mechanism operate in an unintentional manner, or even during regular functioning of the machine the shear pin is designed to protect.View Our Report @ https://www.transparencymarketresearch.com/shear-pins-market.htmlSome of the companies actively involved in the shear pins market are Ningbo Jiangdong Gonuo Hardware Co., Ltd., Changzhou Bangde Bearing Roller Co., Ltd, Shenzhen In-Sail Precision Parts Co., Ltd and Dongguan Xiexu Hardware Products Limited.Transparency Market Research (TMR) is a global market intelligence company providing business information reports and services. The companyРђЎs exclusive blend of quantitative forecasting and trend analysis provides forward-looking insight for thousands of decision makers. TMRРђЎs experienced team of analysts, researchers, and consultants use proprietary data sources and various tools and techniques to gather and analyze information. TMRРђЎs data repository is continuously updated and revised by a team of research experts so that it always reflects the latest trends and information. With extensive research and analysis capabilities, Transparency Market Research employs rigorous primary and secondary research techniques to develop distinctive data sets and research material for business reports.Transparency Market Research State Tower, 90 State Street, Suite 700, Albany NY - 12207 United States Tel: +1-518-618-1030 USA - Canada Toll Free: 866-552-3453 Email: sales@transparencymarketresearch.com Website: http://www.transparencymarketresearch.com

02-03-2020 | Business, Economy, Finances, B …
Transparency Market Research Reports
Rare Earth Elements Market Overview and Regional Outlook Study 2015 - 2023
Rare earth elements are a group of seventeenchemical elements that occur together in the periodic table. The group consists of yttrium, scandium, and fifteen lanthanide elements (lanthanum, cerium, thulium, ytterbium, praseodymium, gadolinium, terbium, dysprosium, neodymium, promethium, samarium, europium, holmium, erbium, and lutetium). The seventeen rare earth elements are found in all rare earth elements deposits; however, their distribution and concentration varies. These elements are referred as 'rare,' as it is
01-04-2019 | Advertising, Media Consulting, …
Transparency Market Research Reports
Acrolein Market Outlook, Competitive Landscape And Forecasts To 2024
Acrolein, also known as 2-propenal is the simplest unsaturated aldehyde. It’s a colourless liquid and exhibits a disagreeable acrid smell.. Acrolein is manufactured from petrochemical feedstocks such as propylene and glycerine. Acrolein is primarily used as an important intermediate and a specialty chemical. Acrolein is rapidly gaining importance due to its versatile use in plastic and paint industries. One of the most widely used industrial methods of preparing acrolein involves
01-04-2019 | Advertising, Media Consulting, …
Transparency Market Research Reports
Polycyclohexylenedimethylene Terephthalate (PCT) Market Set For Rapid Growth And …
Polycyclohexylenedimethylene terephthalate (PCT) is typically a thermoplastic polyester produced from the polycondensation of cyclohexylene-dimethanol and terephthalic acid. The chemical structure of polycyclohexylenedimethylene terephthalate (PCT) is quite similar to that of polyethylene terephthalate (PET). Moreover, the properties of polycyclohexylenedimethylene terephthalate (PCT) such as dimensional stability and chemical resistance are same as that of polyethylene terephthalate (PET). Furthermore, PCT is principally resistant to hydrolysis and high temperatures. Owing to all such properties,
01-04-2019 | Advertising, Media Consulting, …
Transparency Market Research Reports
Sulfur Chemicals Market Outlook, Competitive Landscape And Forecasts To 2024
Global Sulfur Chemicals Market: Overview The growing demand for sulfur chemicals in various end use industries such as the food, wine, pharmaceuticals, oil and gas, agriculture, detergents, and bio chemical processes is aiding the expansion of the global sulfur chemicals market. Sulfur chemicals are also vital ingredients in fertilizers. They are used in the vulcanization of black rubber, for plaster production in the construction industry, and for the treatment of