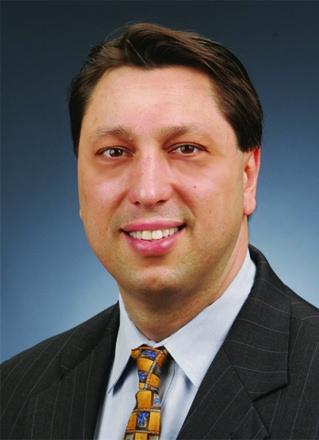 CHEYENNE, WYO., December 3, 2009 - The Association of Film Commissioners International (AFCI) recently announced that Lawrence J. Brownell will serve as the association’s next executive director effective February 1, 2010. Brownell comes to the AFCI with more than 20 years experience in managing not-for-profit and membership organizations. He received a bachelor’s degree in communications, film and television from Syracuse University and an MBA from California State University-Northridge. As executive director, he will oversee all AFCI operations and programs including Locations Trade Show and the Cineposium conference as well as the association’s professional development initiatives including the AFCI Certified Film Commissioner program. He will work from the Los Angeles area, providing the AFCI with a Southern California base for many of its programs. Brownell’s most recent position was as chief executive officer of the Market Research Association, a membership organization comprised of more than 3000 individuals and businesses involved in the survey and research profession. He previously held management positions with the California-Nevada Section of American Water Works Association, the California Society of CPAs, and Ability First of Southern California. He serves as an American Red Cross volunteer, and is the recipient of service awards from the American Red Cross, Girl Scouts of America, the American Heart Association, and the Arthritis Foundation. AFCI President Mary Nelson commented, “We are fortunate and delighted to welcome Larry Brownell as our executive director. He possesses a unique combination of skills and expertise that are ideally suited to the AFCI and its mission. He comes to the AFCI with a great depth of association management experience that includes communications, new technology, finance, trade shows, conferences, education, and international relations.“I’m eager to assume my new role leading the AFCI in a position that offers me the opportunity to put forth my management experience, an education in communications, television and film, as well as a keen interest in working with global membership organizations. I couldn’t imagine a more ideal partnership,” said Brownell.The Association of Film Commissioners International (AFCI) is the global professional organization whose members are film commissioners that assist film, television, and video production throughout the world. It is a non-profit educational association whose network of members serves as city, county, state, regional, provincial, or national film commissioners for their respective governmental jurisdictions.Association of Film Commissioners International 109 East 17th Street, Suite 18 Cheyenne, Wyoming 82001 USA Ph: 1-307-637-4422 Kevin Clark kevin@afci.org