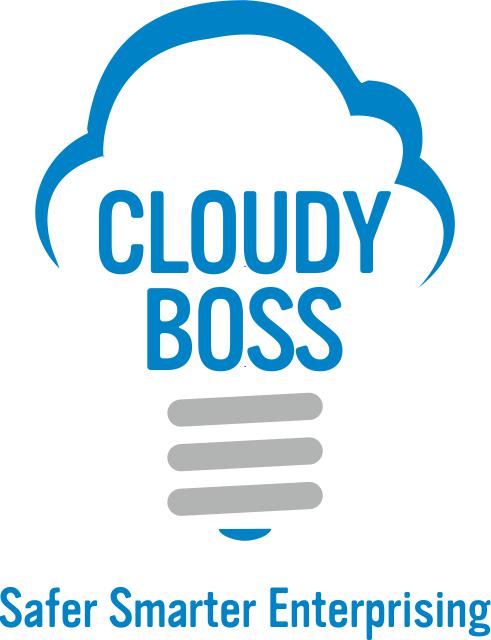 We are Blockchain for Enterprise

Blockchain leader, cloudyBoss finds the all-important middle groundSYDNEY, AUSTRALIA, 25 June 2018 History is punctuated by innovations that were, at the time, thought impossible including waves of trend-setting development that no one thought would last. Hard-fought benchmarks were established then casually surpassed, like just another personal best. From the industrial age onwards, innovation has relentlessly shifted the world forward, shocking, whilst empowering, the masses. Nowhere has this been more prevalent than in the field of information technology.These days it takes a lot to shock or impress us and yet the recent Blockchain movement – with wildly speculated-upon cryptocurrency as its spearhead – has rocked our world. Unsubstantiated hype has dominated the Blockchain arena, with cryptocurrency boom and bust stories of gold rush proportions reported daily. Meanwhile, those that understand the longer-term significance of Blockchain, as an invaluable development in the internet economy, hold out, at the other end of the spectrum, in a state of hope – waiting to see its true potential fulfilled. All in all, Blockchain has put technology back in the media spotlight, where it hasn’t been since the dot-com bubble of the 90s. It shows we all still like a good story but these days most of us like a little substance to go with our hype so Blockchain developer, cloudyBoss has entered the arena with news that will flesh out that all-important grey middle ground between Hype and Hope. “There’s been incredible speculation about cryptocurrency, of epic proportions. It’s viewed by some as today’s get-rich-quick scheme but until recently little was known about its Blockchain roots,” commented cloudyBoss CEO, Lou Schillaci.“Any cryptocurrency, like Bitcoin, is just one linear form of Blockchain. Blockchain in its purest form is an electronic ledger of transactions. It provides a secure exchange of digital assets, the likes of which has never been seen before. “The Hype that has been generated by crypto is evident, as is the Hope held by many that it will solve real-world business problems where previously complex APIs and code-based interfaces needed to be created to allow organisations to exchange information securely. These mechanisms were often prone to breaches and failed to provide the irreplaceable key ingredient that Blockchain does, which is Trust.”cloudyBoss CTO, Giovanni di Noto, stated “There is a lot of interest in Blockchain but also considerable fear and mistrust, which is unfortunate as Blockchain, or its more evolved counterpart, DLT (Distributed Ledger Technology), already has many use cases for solving operational, logistics, legal, administration and verification issues, anywhere in fact, where data integrity and secure data repositories are important.”Recently unveiled at a series of industry events in Asia, India and Europe, the cloudyBoss Blockchain / DLT solution, SKYE, has been recognised by the market at large and cloudyBoss is now in advanced implementation talks with federal and private banks, major automotive manufacturers and large supply chain organisations the world over. The cloudyBoss solution is a permission-based DLT cluster facility that requires no programming and is simple to use – it takes less than a minute and no technical expertise – to create a secure permissioned SKYE cluster which can be used to safely exchange or record data, such as Smart Contracts ( which may stipulate time-based events and/or record payments) within two or more groups or organisations. Mainstream DLT developers, such as Hyperledger, continue to gain traction with their open-source SDK (code development framework) solutions, however, none are completely market-ready with off-the-shelf configurable applications, fully geared for the rigours, and diverse requirements of the corporate world – except for cloudyBoss’ SKYE solution.In conclusion: beyond the HYPE of cryptocurrency, which currently has a 92% failure rate, and exceeding the HOPE that this new trust-creating technology will provide actual business solutions, is cloudyBoss and it's simple but sophisticated real-world SKYE technology that is available now. --ends—www.cloudyboss.comMedia InformationClaire Linley Lou Schillaci claire@cloudyBoss.com lou@cloudyBoss.comcloudyBoss is a privately owned, globally distributed technology organisation backed by IBM through its Global Entrepreneurs Program. cloudyBoss’ technology challenges the way we work and frees organisations from old world constraints: it does this by equipping all manner of businesses with tools that allow them to thrive in the new global order. cloudyBoss baseline product, NEXT+, a cloud-based Extended Enterprise Resource Platform (ERP-X) encapsulates Artificial Intelligence, Distributed Ledger Technology, Machine Learning, Internet of Things, and scale-neutral data nodes. Built and continuously evolving using agile software methodology, cloudyBoss products solve today's complex business challenges of disruption, automation, security and productivity gaps by equipping even the smallest business with the tools to compete globally.Suite 1A Level 2 872 Pacific Highway Gordon, Sydney NSW 2072 Australia

03-04-2019 | Business, Economy, Finances, B …
Premium Market Insights
Blockchain in Retail Market
Blockchain or the distributed ledger technology is serving the retail industry for transforming the product processes.There is an increasing need for transparency for the product processes and for meeting the demand by the retail industry. This has majorly driven the blockchain in retail market. Further, factors including rising need for reduction of redundant data and rising need for limiting the total cost of ownership have supplemented the demand for blockchain
12-20-2018 | Business, Economy, Finances, B …
Blockchain Help
Blockchain Help—Services Page
Blockchain Help, since its inception, has been providing cutting-edge technology solutions and in-depth domain expertise in bitcoins, blockchain development, ICO launches and cryptocurrency development. Ably supported by an exceptionally talented and experienced team of technocrats, Blockchain Help is quickly gaining recognition as the one-stop solution to everything related to blockchain and cryptocurrencies. Why choose Blockchain Help? • 10+ years of programming expertise • Extensive experience in blockchain technology solutions across industry sectors • Competitive pricing • 3 months of
12-19-2018 | Business, Economy, Finances, B …
The Future Of
New Technology Snapshot: Blockchain
The Blockchain Technology Snapshot is a deep-dive report, developed by industry experts and thought leaders, which assesses how emerging technologies are re-shaping industrial and consumer sectors and the services. The report provides a snapshot of recent developments in the blockchain, its core uses beyond cryptos, and the emerging importance of smart contracts and distributed applications. Furthermore, the report looks at innovative companies in the blockchain area, by providing examples of
10-31-2018 | IT, New Media & Software
Oodles Technologies
Oodles Blockchain Uses Top Blockchain Platforms To Expedite Blockchain Adoption
With an aim to leverage the blockchain technology to change the centralized system and make it decentralized, Oodles Blockchain has decided to use top blockchain platforms to develop consumer-based blockchain applications. Oodles Blockchain, a micro-website of Oodles Technologies, developed mainly to focus on blockchain technology, is delighted to announce that it will be expanding its horizon of blockchain development services by using a few latest open source blockchain platforms like
08-29-2018 | Business, Economy, Finances, B …
MarketResearchReports.biz
Blockchain in Insurance: MarketResearchReports.Biz
Recent research and the current scenario as well as future market potential of "Blockchain in Insurance" globally. Summary Blockchain technology, often referred to as distributed ledger technology (or DLT), is a means by which the participants in a distributed network can each maintain a copy of an immutable ledger of transactions, and where transactions can be executed without the need for a single, central, coordinating authority. We are not suggesting universal uptake of
08-07-2018 | Advertising, Media Consulting, …
MarketResearchReports.biz
Global Blockchain Market Forecast to 2025 | Public Blockchain, Private Blockchai …
MarketResearchReports.Biz has recently announced the Latest industry research report on: “Global Blockchain Market Insights, Forecast to 2025 “. This report presents the worldwide Blockchain market size (value, production and consumption), splits the breakdown (data status 2013-2018 and forecast to 2025), by manufacturers, region, type and application. This study also analyzes the market status, market share, growth rate, future trends, market drivers, opportunities and challenges, risks and entry barriers, sales channels,
Comments about openPR
Your portal is fast, simple, and easy to use. Others may have more functions but they also demand more editing time, you have to preformat the text in order to achieve a good result etc. I think openPR is really fantastic!
Andreas Knepper, wallmedien AG