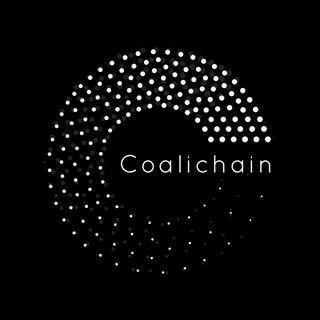 Initial Coin Offerings (ICOs) is one of the most popular methods by which blockchain companies earn funding for their cryptocurrency projects. It is a process by which a new cryptocurrency project sells some of their own tokens or coins to early adopters and investors in exchange for money today. In simple ways, ICOs are a way of raising money for various blockchain companies. The event where a cryptocurrency project sells a series of their tokens to its early adopters in exchange for legal tenders or cryptocurrency is known as ICO or Token Sale. All the participants in the ICO are invested in the success of the project.ICOs are mostly marketed on various cryptocurrency forums. These companies share all their important information on these forums for potential investors and buyers to see. These include the whitepaper, objectives and end goals of the project, team members and their expertise, ICO timeline and other important details. The procedure for conducting an ICO may vary from one blockchain company to the other. However, the main focus on the first few weeks lies on generating funds. After the ICO is done which means that funds have been collected and tokens have been sold to the early adopters, these tokens get listed on various cryptocurrency exchanges so that trading with other cryptocurrencies is possible. The price of a token is determined on various factors. Some of these include supply and demand of token, blockchain difficulty level, the utility of currency, media, investors, and government or legal regulationsThe blockchain technology was introduced to the world in the form of Bitcoin in 2009. Later it was realized that the blockchain technology could also be separated from Bitcoin and could be used for all other kinds of inter-organizational cooperation. The third innovation in the blockchain world was the introduction of smart contracts. These smart contracts were built on a blockchain system called ethereum.The ethereum smart contract platform has hundreds of projects operating on it.The reason why many companies are switching to the blockchain technology and conducting events like ICO and token sales is that this technology has certain distinguishing features which make it more powerful than any other technology present in the digital world today. It is a decentralized system that allows people to store and access their digital assets over the internet. It is a transparent and secure and a fast system. It eliminates the need for any third party or intermediary which makes it a relatively cheaper process to transfer and exchange financial assets. This also speeds up the process. Unauthorized changes and tampering of assets is not possible on this platform as it is a distributed ledger. This leads to protection from any kind of fraudulent activity.Coalichain is a platform built on the Ethereum Public Blockchain that ensures complete transparency and an immutable voting facility. It n is the bridge that empowers people to interact directly with their Elected Leaders, eliminating once and for all, the communication gap that exists between citizens and governments. Coalichain is coalition on blockchain that provides a decentralized bridge between citizens and leaders. Its main purpose is to provide people with a choice by empowering them to control the democratic process. It bridges the gap between the government and its people. It enables leaders to directly engage and know their people.The Ethereum blockchain is a distributed virtual machine that allows end users to create smart contracts for transactions. Smart contracts are applications that are stored in the Ethereum blockchain. These contracts are cryptographically secure and can verify or enforce performance. Token contracts are a standard feature of the Ethereum ecosystem.A ZUZ Token is a cryptocurrency tendered in the political arena through transmission on the Blockchain, facilitating real-time, cost-effective, transparent and fully traceable international transfer of funds. A financial crypto-currency is designed for general trade, whereas ZUZ is meant to facilitate governance. What gives value to a financial crypto-currency is the matter which it can acquire, whereas the value of ZUZ resides in the information that it transmits. The message of a financial crypto-currency is the one of self-interest, ZUZ promotes social choice. The ZUZ token is designed in order to promote the ability to exert real influence on the opinions, behavior and the political intents of the followers. CoaliChain introduces a system which would value the activity of electors and adjust the amount of political ZUZ tokens given for certain activities.Coalichain will give pre-sale and crowdsale participants the opportunity to be pioneers of this initiative through the pre-sale and the crowdsale phases. By collecting as many supporters as possible we will be able to build a more extended platform and to ensure its swift development and adoption worldwide. 77,0000000 ZUZ have been issued Contributions can be made in fiat money, in ETH, or BTC Amount of ZUZ available during the presale will be limited to 269.5M. SoftCap and HardCap is 3,000,000 USD and 33,000,000 USD respectively.Decentralized DemocracyCoalichain is a Decentralized Direct-Democracy Platform & Ecosystem built on blockchain, allowing transparent and accountable governance.Coalichain is a decentralized Direct-democracy Platform & ecosystem, based on blockchain, smart-contracts and crypto. It delivers effective, accountable, people-driven governance to any organization from DAOs, through companies, NGOs, unions, municipalities and all the way to general elections. Coalichain allows to manage elections and track the performance of elected officials, hold them accountable.12 Nelkin St. Kfar Saba 4465323, IsraelOfficial Website Here — https://www.coalichain.io/Coalichain Whitepaper Here — www.coalichain.io/images/pdf/coalichain.pdfFollow Coalichain on Twitter Here — https://twitter.com/coalichainInstagram - https://www.instagram.com/coalichain/ Reddit - https://www.reddit.com/user/coalichain/Find Coalichain on Facebook Here —  https://www.facebook.com/coalichain/Join on Telegram — https://t.me/coalichainZuzIcoBitcointalk - https://bitcointalk.org/index.php?topic=3510676.0

05-28-2018 | Business, Economy, Finances, B …
Coalichain
Coalichain ICO ZUZ Token Presales Upto 40% TO 20% BONUS
Cryptocurrency is not just a trend; it has become a part of people’s everyday lives. With the growing reach of the cryptocurrency technology in all the parts of the world, many companies are falling into the path of Initial Coin Offerings and Blockchain based technology along with the formation of new companies that work on this technology. Blockchain is way bigger than just Bitcoin and can be used in almost
05-02-2018 | Business, Economy, Finances, B …
Coalichain
Coalichain Launch Its Own Cryptocurrency ZUZ Token
The ZUZ token, allows any voter to donate to a campaign, starting from the smallest amount. Candidates can collect donations directly from their supporters, and see which initiative is most important for the voters. Coalichain is the bridge that empowers people to interact directly with their Elected Leaders, eliminating once and for all, the communication gap that exists between citizens and governments. Built on the Ethereum Public Blockchain, It is a
03-29-2018 | Business, Economy, Finances, B …
Coalichain
Project Smart Social Network Marketing Platform on Blockchain Platform Coalichai …
Social networking is always a potential business environment, and many market studies show that Social Media is expected to reach $ 14 billion by the end of 2018. More than 90% of Companies register to use social media to promote their activities. Capturing this huge potential, Coalichain has launched a new social networking platform, Blockbuster. What is the Coalichain Project? Coalichain has been described by the media as "the first smart

05-27-2021 | Business, Economy, Finances, B …
PoiCoin
PoiCoin Announce ICO Pre-Sale
PoiCoin ICO Pre-sale beginning on the 30th May, is allocated 35,000,000 POI PoiCoin, Africa's first coin in value exchange and empowerment has recently announced that its ICO pre-sale will run in two-phases and a total of 35,000,000 POI will be available in this sale. PoiCoin (https://poicoin.net/) is a revolutionary Blockchain solution to real life challenges in Africa, and it is on its way to reviving Africa’s dying economy by becoming Africa's
02-06-2019 | IT, New Media & Software
DigiXHub
Microbitcoin ICO Review
Micro Bitcoin is powered by the most scalable and advance Blockchain technology the power instant and private payments. Use Micro Bitcoin to make instant, private payments online or in-store using our secure open-source platform hosted by thousands of users around the world. Micro Bitcoin is open-source and accessible to all. With Micro Bitcoin, you are your own bank. Only you control and are responsible for your funds. Your accounts and
01-22-2019 | Media & Telecommunications
Qrapa
Qrapa launches ICO
Building the world's most secure and decentralised social media platform. Amsterdam, January 21, 2019 – Qrapa B.V. is pleased to announce the launch of the QER Token Sale (or ICO) after almost 1.5 years in stealth development. The private sale round commences on January 25 2019 at 5pm GMT to Feb 25 at 5pm GMT. Private sale round is priced at 20 cents per QER, with 50% bonus. The pre-sale round is
01-14-2019 | Industry, Real Estate & Constr …
Home 360 View Corp
Best ICO for 2019
We are a new age technology company revolutionizing the way you will see or buy your home. We, at Home 360 View will provide you with a platform for live streaming view into your next showing or open house event. Imagine viewing your next property from the comforts of your home. We, at Home 360 View are committed to assist you selling or buying your next property hassle free. We are a new
10-12-2018 | Business, Economy, Finances, B …
InWara Global
InWara Global, The most trusted ICO database.
Leader in ICO, Blockchain and Cryptocurrency Data. Trusted, accurate and verified data preferred by capital markets, blockchain and cryptocurrency industry specialists. InWara is the leading source of research, consultation and insight in critical areas that shape today's digital currency landscape. We are the leaders in publishing cryptocurrency information databases. Our products cater to capital markets, corporates and regulatory authorities. Our clients include hedge funds, asset management companies, qualified institutional investors, banks
04-30-2018 | Logistics & Transport
Dylyver Technologies
DYLYVER ICO PREPARES TO LAUNCH
With Dylyver seeking to integrate secure and transparent transaction, there is the need for the introduction of the blockchain system. Due to Dylyver passion for transforming the ride-sharing and package delivery system, Dylyver has introduced the DYCOIN Token. DYCOIN token The DYCOIN token, Dylyver’s cryptocurrency, is the catalyst for a standardized global approach for peer-to-peer ridesharing and package delivery services, enhanced by advantages of blockchain-secured transactions. The token is designed as
Comments about openPR
We publish our press releases on openPR.de because we like people who are "open" - just like us.
Frank Obels, CEO, INCONET - Informationssysteme, Communication und Netzwerkberatung GmbH