Fortified Wine Market Infused with marijuana are gaining prevalence among consumers, especially in the U.S 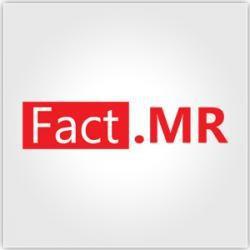 About Fortified Wine Market According to a new report by Fact.MR, the global fortified wine market is projected to register a low single-digit CAGR during the forecast period 2017 to 2022. Majority of people believe premium products to contain high-quality ingredients. Product premiumization is therefore considered as a major strategy adopted by market players in order to fuel adoption of fortified wine worldwide. Revenues from global sales of fortified wine are estimated to account for approximately US$ 2,000 Mn by 2022-end.Get Sample copy of this Report @ https://www.factmr.com/connectus/sample?flag=S&rep_id=163Growth in demand for new flavored fortified wine has been observed over the recent past. Leading market players are concentrating on launching new flavors for fortified wine, with an aim to fulfil rapidly changing consumer preferences. For example – in 2016, three new flavors for fortified wine were launched by McWilliam’s viz. McWilliam’s Spice Royale, McWilliam’s Strawberry Delight, and McWilliam’s Espresso Press. Marijuana-infused fortified wines have been gaining an uptake in demand from consumers, particularly in the U.S. as such products are legal in the region. In addition, alcoholic beverage industries are focusing on R&D activities, in a bid to introduce a variety of new and innovative flavored fortified wines in the market.Get Discount of this Report @ https://www.factmr.com/connectus/sample?flag=D&rep_id=163On the contrary, huge part of the population across the globe is participating in awareness campaigns pertaining to health impacts of alcohol consumption. Huge consumption of fortified wines has resulted into a number of negative effects on human health. High fortified wine consumption has been observed to increase risks of being affected with diseases such as heart and liver diseases, as well as various types of cancers. These factors might heavily impact growth of the global fortified wine market in the near future.9 Key Estimations on Future of Global Fortified Wine Market for Forecast Period 2017 to 2022Fortified wine for individuals who are light-bodied is estimated to account for the largest revenue share of the market, with sales anticipated to exhibit a CAGR of 3% through 2022. Although sales of fortified wines that are semi-sweet will witness a sluggish expansion through 2022, revenues from this segment is estimated to account for a major portion of the market share throughout the forecast period. Modern trade is estimated to remain the largest sales channel in the global fortified wine market, accounting for more than one-third market share in terms of revenues from 2017 to 2022. Fortified wine sales in e-commerce sales channel will exhibit the highest CAGR through 2022. Marsala will continue to remain dominant in the global market for fortified wine, based on product type. Over one-fourth revenue share of the market will be accounted by Marsala over the forecast period. Madeira is estimated to remain the second largest product segment in the global market for fortified wine. In terms of revenues, Europe will remain the largest market for fortified wine. Fortified wine sales will witness the fastest expansion in Asia-Pacific excluding Japan (APEJ) through 2022. Key players identified in the global market for fortified wine include Sogrape SGPS, SA., F.LLI GANCIA & C. S.p.A, Sogevinus Fine Wines, S.A., The Wine Group LLC, Davide Campari-Milano S.p.A., E. & J. Gallo Winery, and Bacardi Limited.View Report @ https://www.factmr.com/report/163/fortified-wine-marketAbout us Fact.MR is focused on offering transformative intelligence that inspires breakthroughs and innovation. We believe that the right decisions at the opportune time are integral to achieve extraordinary success. We are here to help you with your strategic decision making. And, how do we that? By tapping into the vast labyrinth of data to bring you intelligence that inspires.ContactMr. Rohit Bhisey 11140 Rockville Pike Suite 400 Rockville, MD 20852 Tel: +353-1-6111-593 Website: https://www.factmr.com E: sales@factmr.com

You can edit or delete your press release Fortified Wine Market Infused with marijuana are gaining prevalence among consumers, especially in the U.S here