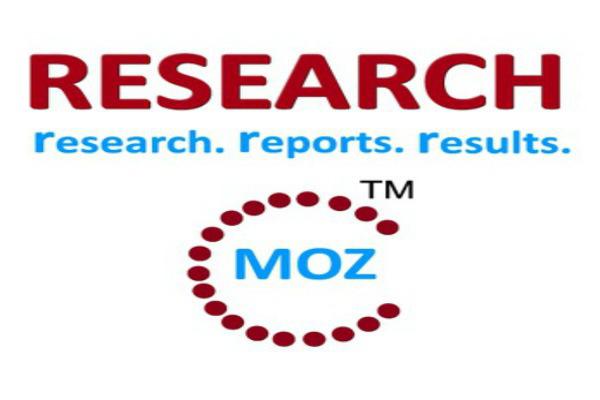 MEMS technology integrates four components: microsensors, microactuators, microelectronics, and microstructures in a silicon chip. Biochips aremicrotechnology based microsensors which are used for the delivery, analysis, processing and detection of proteins, DNA, microorganisms or nucleic acids. Nanosensors are used to detect nanoparticles or any other nanoscaled parameters.

According to BCC Research estimates, the globalMEMS: biosensors and nanosensors market was valued at nearly REDACTED in 2016 and is estimated to grow at a CAGR of REDACTED to reach nearly REDACTED by 2022.
. .
– Get Sample Report_https://www.researchmoz.us/enquiry.php?type=S&repid=1823509
' '
The growth of the total microsensors.market is driven by stringent standards in the automotive vertical, support from government agencies, the need for better diagnostics and advancement in the production process of nanosensors.

Potential opportunities for this market include: emergence of autonomous vehicles, Internet of Things (IoT) and increased demand for nanoelectromechanical systems (NEMS). However, factors such as problems in biochip development and price erosion of microsensors are some of the major hurdles expected for this sector on its road to market penetration and development.

The global microsensors market was nearly REDACTED in 2016 and is expected to reach nearly REDACTED by 2022 growing at a CAGR of REDACTED from 2017 to 2022. North America accounts for the largest market share of the globalMEMS sensors market, followed by Asia-Pacific and Europe. Key market participants include Robert Bosch GmbH, STMicroelectronics N.V., Denso Corporation, Knowles Corporation and TDK Corporation."

The scope of the report includes an overview of the global market for the MEMS sensors, biochips and nanosensors as well as analyses of global market trends, with data from 2015, considering base year of 2016 and estimates for 2017 to 2022 with projection of CAGR in the forecast period.

The report includes a discussion of technological, regulatory and competitive elements as well as economic trends affect the market. It also explains the major drivers and regional dynamics of the global microsensor market and current trends within the industry.

The report includes discussion of the types of MEMS sensors including accelerometers, gyroscopes, magnetic sensors, chemical and gas sensors, pressure sensors, thermal sensors, microphone sensors and others. It also includes biochips such as DNA chips, lab-on-a-chips, protein chips and other arrays; nanosensors including nanochemical sensors, nanoforce sensors, nanobiosensors, nano-radiation sensors and nano-thermal sensors have also been covered. However, nanoforce sensors are the only nanosensor technology that has been commercialized, and so market numbers for all the other nanosensors have not been covered under the scope of the report. This report also covers the following end user industries: automotive, life sciences, consumer products, process industries, information technology, military/aerospace/public safety, energy/environment and other end user industries.

The report concludes with detailed profiles of the major vendors in the global MEMS sensor, biochip and nanosensors market.
. .
– More Clear Details get Table of Contents_https://www.researchmoz.us/mems-biosensors-and-nanosensors-market-report.html/toc
' '
- - Report Includes- -

- 56 data tables and 34 additional tables
- An overview of the global markets for microelectromechanical systems (MEMS)
- Analyses of global market trends, with data from 2016 and 2017, and projections of compound annual growth rates (CAGRs) through 2022
- Discussion of historical perspective and milestones in the development of microsensors
- Evaluation of current and developmental microsensor technologies and their potential applications
- Detailed company profiles of the top players of the industry are, Abbott Laboratories, Agilent Technologies, Inc., Bruker Corp., Robert Bosch Gmbh, Thermo Fisher Scientific Inc., Panasonic Corp."
Continue.....

You can edit or delete your press release MEMS: BIOSENSORS AND NANOSENSORS MARKET here