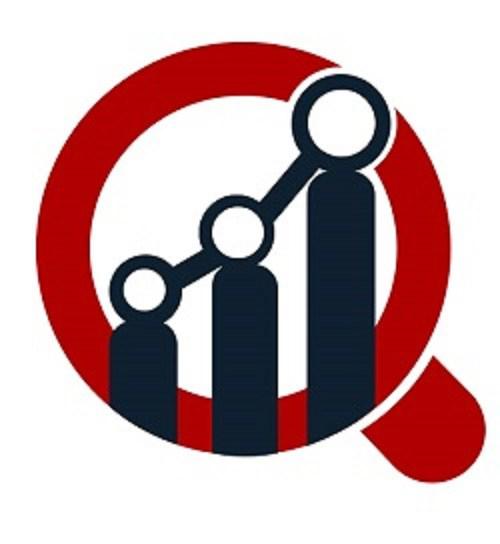 Market Scenario Apraxia is a neurological condition. Also, it is known as a motor disorder caused by damage to the brain. In this case, patients who find it difficult or impossible to make certain motor movements, even though their muscles are normal. Apraxia can occur in different forms one of which is orofacial apraxia. In which, patients are unable to voluntarily perform certain movements involving facial muscles. For instance, they may not be able to wink. Another form of apraxia affects a patient’s ability to intentionally move arms and legs. Whereas in children apraxia of speech (CAS) has a number of possible causes, but in many cases, the cause can't be determined and often don't observe a problem in the brain of a child with CAS. CAS may be the result of brain (neurological) conditions or injuries, such as a stroke, infections or traumatic brain injury. Reqeust for Reports Sample @ https://www.marketresearchfuture.com/sample_request/4872The apraxia market growth is majorly attributed to the increasing prevalence of neurological disorders, increasing investment of biotechnology and pharmaceutical industries in R&D, and rising need for the better treatment methods drive the growth of the market. Moreover, favorable reimbursement policies, increased application and significant investments in the development of new technologies for the treatment of various neurological diseases are likely to fuel the market growth during the forecast period. According to the WHO estimates, neurological disorders are responsible for 4.5%-11% of all illnesses including low or high-income economies. This is far higher as compared to the number of respiratory ailments, gastrointestinal disorders, or cancers, and the burden is expected to increase further over the coming years. However, the high cost of this treatment procedure may hamper the market growth during the corresponding period. The global apraxia market is expected to grow at a CAGR of ~ 6.4 % during the forecast period 2017-2023. Intended Audience Pharmaceutical Companies Research and Development (R&D) Companies Government Research Institute Academic Institutes and Universities Medical Research Laboratories Market Research and Consulting Service Providers Potential Investors The global apraxia market has been segmented on the basis of types, diagnosis, treatment, and end user. On the basis of the types, the market is segmented into ideomotor apraxia, ideational/conceptual apraxia, buccofacial or orofacial apraxia, constructional apraxia, gait apraxia, limb-kinetic apraxia, oculomotor apraxia, apraxia of speech. On the basis of the diagnosis, the market is segmented into a test to measure upper limb apraxia, MRI, and others. On the basis of the treatment, the market is segmented into speech therapy, occupational therapy, physical therapy, and others. On the basis of the ‘end user, the market is segmented into hospitals & clinics, research centers, and others. Regional Analysis The Americas dominate the global apraxia market owing to well-developed technology, increasing prevalence of neurological disorders, high health care spending, and increasing government support for research & development. Furthermore, increasing R&D activities and the presence of major companies have fuelled the growth of the market in this region. Europe holds the second position in the global apraxia market. The government support for research & development and availability of funds for research are projected to drive the market in Europe region over the review period. Asia Pacific is the fastest growing apraxia market owing to the presence of rapidly developing healthcare technology, huge patient population, and high healthcare expenditure. Moreover, increasing new opportunities in countries like China, India, Japan, and South Korea will make this as emerging and the fastest growing market across the globe. Furthermore, increasing demand for quality devices in the healthcare is likely to lead the use of advanced equipment, which, in turn, will increase the growth of the market in the region. On the other hand, the Middle East & Africa holds the least share of the market due to limited availability of medical facilities, less availability of funds, and poor political conditions in Africa. Request Full Report @ https://www.marketresearchfuture.com/reports/apraxia-market-4872Key Players Some of key the players in the market are Medtronic Plc., Codman & Shurtleff, Inc., Raumedic AG, Vittamed, Sophysa Ltd., MicroPort Scientific Corporation, Orsan Medical Technologies, Spiegelberg GmbH, Johnson & Johnson, Sophysa Ltd, HaiWeiKang, Head Sense Medical, InfraScan, Inc., Integra Life Sciences Corporation and others.Market Research Future (MRFR), enable customers to unravel the complexity of various industries through Cooked Research Report (CRR), Half-Cooked Research Reports (HCRR), Raw Research Reports (3R), Continuous-Feed Research (CFR), and Market Research & Consulting Services.Market Research Future Office No. 528, Amanora Chambers Magarpatta Road, Hadapsar, Pune - 411028 Maharashtra, India

11-24-2020 | Business, Economy, Finances, B …
Market Research Future
Automotive Blockchain Market 2020 Is Expected to Showcase Extensive Growth, Busi …
A new market study, titled “Global Automotive Blockchain Market Size, Status and Forecast 2023” has been featured on Market Research Future. MRFR emphasizes that the global market is expected to grow significantly, securing a substantial market valuation and a healthy CAGR of 21% over the review period. The global blockchain technology is at an early stage of its innovation and major technological operators are still experimenting and exploring its capabilities. Though
07-31-2020 | Business, Economy, Finances, B …
Market Research Future
Ethernet PHY Chip Market to Post 10.3% CAGR from 2020 and 2026 By Size, Share, C …
Market Overview Market Research Future (MRFR) projects that the global ethernet PHY chip market is set to expand at 10.3% CAGR between 2020 and 2026. The market is expected to surpass a valuation of the USD 14,200 Mn by the year 2026. Ethernet devices are used of support various types of physical media interfaces that requires high-speed networks. The rising application in digital televisions, gaming consoles, embedded telecom systems, set-top boxes is
07-31-2020 | Business, Economy, Finances, B …
Market Research Future
Shortwave Infrared Market 2020 Global Industry Analysis By Identifying the Key M …
Market Synopsis: Shortwave infrared is sensitive to wavelengths ranging from 0.4 to 3 microns, which is 1,100 to 3,000 nanometers. This range is not visible to naked eyes, which is expected to lead to rising applications of the technology in the upcoming years. According to the study offered by Market Research Future MRFR), the global shortwave infrared market is anticipated to surpass USD 300 Mn mark by 2023 up from
07-31-2020 | Business, Economy, Finances, B …
Market Research Future
Hybrid Fibre Coaxial (HFC) Market 2020 Size, Share, Growth, Trends, Product Spec …
Market Analysis Currently, hybrid fibre coaxial (HFC) is identified as one of the leading fibre optic technologies. In broadband communication, it uses optical fibre and coaxial cable combine, the major advantage of which, is that it offers greater enterprise video conferencing, voice transfer, telephony, and data services. Thus, the cost effictivness of HFC cables and their utility across industries and residential complexes can gain high earnings for the market. Moreover, the