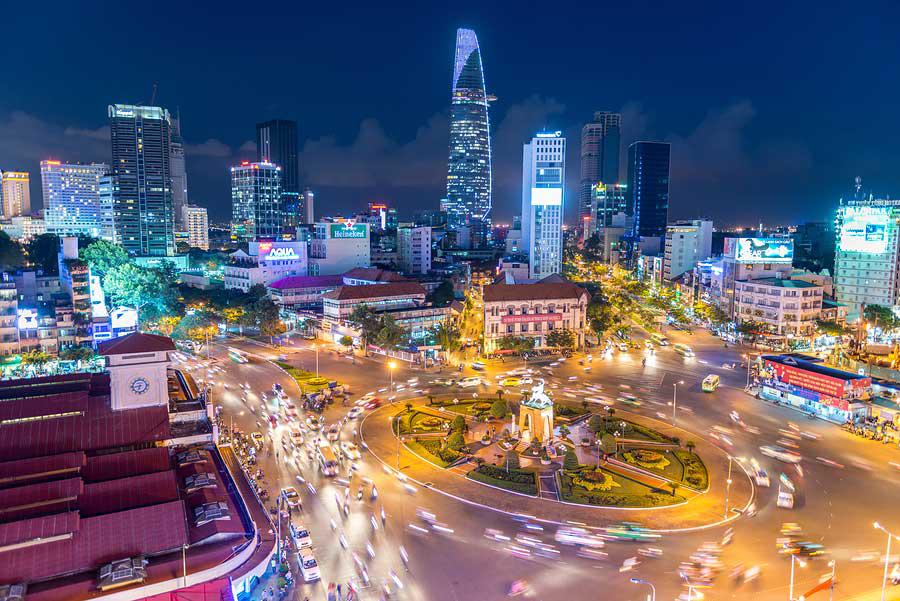 02-14-2020 | Advertising, Media Consulting, …
spire research and consulting
Spire speaks on Cloud computing and IoT at the GATES Indonesia ICT Channel Summi …
Spire was honored to participate in the GATES Indonesia ICT Channel Summit, 2019 as Research Partner. The Summit was held on 18-20 June, in Bali. Albertus Edy Rianto, Senior Manager and Astri Welmien Tompodung, Senior Consultant, Spire Indonesia, shared their insights on the rise of Cloud computing and the internet of things (IoT) in Indonesia's business landscape. The speakers discussed how, through the continued technological advancement, ICT is becoming a general
01-10-2020 | Business, Economy, Finances, B …
Spire Research and Consulting
Will compost turn out to be the magic mineral for African agriculture?
Introducing phosphorous back in African soil is important as it helps plants in early life to build root systems. 80 per cent of phosphate reserves are controlled by five countries. Morocco has 75 per cent of the global reserves. After an 800 per cent price hike in 2008, phosphate rock has become costly. An alternative option is compost. Compost not only provides phosphorous and other nutrients but can also restore the soil
07-22-2019 | Business, Economy, Finances, B …
Spire Research and Consulting
Digital banking in Singapore
What will be the impact of digital banks in Singapore? Leon Perera, Chief Executive Officer of Spire Research and Consulting, shared his insights in Business Times – Singapore. More and more countries worldwide are issuing full bank licenses to digital-only banks. The competition from digital banks is being seen as a favorable development for the consumer. Digital banks with fewer physical branches and Automated Teller Machines to maintain could incur lower costs
07-12-2019 | Business, Economy, Finances, B …
Spire Research and Consulting
Spire talks about political risks facing business in ASEAN
On 25th April, Spire, Yamada Consulting Group (YCG) and SPEEDA jointly organized a breakfast seminar in Singapore to share insights about the political risks that businesses face in ASEAN in a year of multiple elections. The panelists were Leon Perera, Chief Executive Officer of Spire Research and Consulting, MS. Khor YU Leng, Research Director, Southeast Asia Segi Enam Advisors Pte. Ltd and Mr. Takashi Kawabata, Lead Asia Economist, Uzabase Asia

05-22-2018 | Advertising, Media Consulting, …
Spire Research and Consulting
Vietnam automobile lubricant market beckons
With automotive lubricant demand rising from 2.6 million liters (in 2015) to 4.1 million liters (in 2021), global and regional manufacturers are taking notice of the Vietnam market. How can brands win in this market? Leon Perera, Chief Executive Officer of Spire Research and Consulting, shared his insights on key trends in the Lube Report Asia magazine. With many players competing in the Southeast Asia market for motorcycle lubricants, leaders will
06-12-2017 | Industry, Real Estate & Constr …
ReportsWorldwide
Agrochemicals Market in Vietnam
ReportsWorldwide has announced the addition of a new report title Vietnam: Agrochemicals: Market Intelligence (2016-2021) to its growing collection of premium market research reports. The report “Vietnam: Agrochemicals: Market Intelligence (2016-2021)” provides market intelligence on the different market segments, based on type, active ingredient, formulation, crop, and pest. Market size and forecast (2016-2021) has been provided in terms of both, value (000 USD) and volume (000 KG) in the report. A
09-12-2016 | Politics, Law & Society
ITI-HOLIDAY
Environmental disaster in Vietnam
In Vietnam occurred the biggest environmental disaster since the deployment of Agent Orange by the Americans during the Vietnam War. It happened almost unnoticed by the world while Europe was busy with the refugee crisis and America with the forthcoming presidential elections of the USA. The perpetrators of the environmental disaster come from abroad and are supported by the Vietnamese politicians, similar as it was happen at the Vietnam War. "
09-08-2016 | Tourism, Cars, Traffic
ITI-HOLIDAY
Tourists killed in Vietnam
Vietnam belongs for tourists to the most popular and safest travel destinations in the world, as long as one can believe officially widespread reports. However, this information may not been longer current since a long time. More and more tourists in Vietnam were killed at criminal offenses as well by tragic accidents. These accidents occur mostly due to insufficient checking for compliance with statutory safety regulations by the Vietnamese authorities.
09-18-2012 | Tourism, Cars, Traffic
RNCOS E-Services Pvt. Ltd.
Booming Tourism Sector in Vietnam
RNCOS has recently added a new Market Research Report titled, “Booming Tourism Sector in Vietnam” to its report gallery. Vietnam has become one of the most popular tourist destinations in the South-east region. The country’s tourism industry has been growing unprecedentedly over the past few years with rising domestic as well as international tourists. The travel & tourism industry accounted for 10% of the GDP in the Vietnamese economy during
12-03-2011 | Logistics & Transport
Image Line Communications Ltd.
35 Years Service in Vietnam
Vietnam’s leading mutual marine insurer, the West of England, in conjunction with VINARE, held a conference for an unprecedented gathering of 130 senior members of the country’s shipping and insurance industries to celebrate its 35th anniversary of providing services to Vietnam’s shipowners last month in Nha Trang. The event featured updates on market conditions and industry developments by several members of the West of England’s management and by leading members of
Comments about openPR
I can't but agree to the positive statements about your portal: easy to use, clear layout, very good search function, and quick editing!
Jens O'Brien, Borgmeier Media Communication