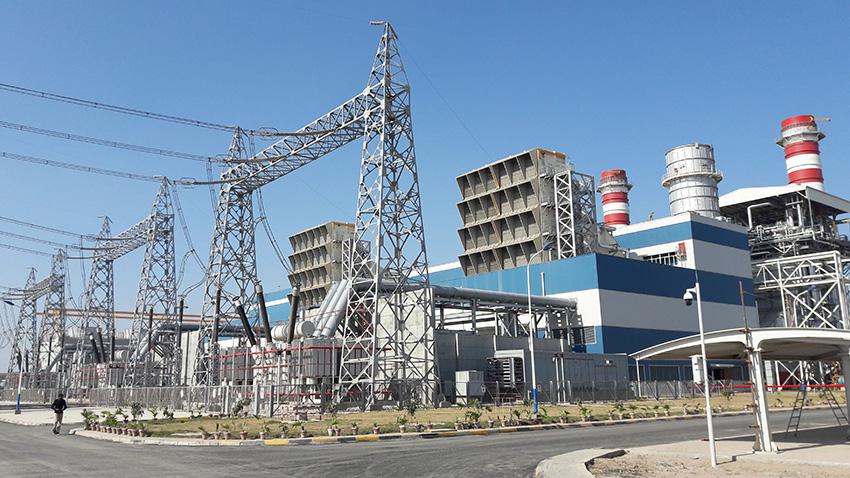 The combined cycle power plant Haveli in Pakistan operates at an efficiency rate of 62.4 % - world record!

On 30 April 2018 the combined cycle gas and steam power plant, with one of the highest net efficiency rates worldwide, went into operation in Pakistan. The plant’s owner/operator installed H-class gas turbines for the first time in Pakistan. With the expertise of Lahmeyer engineers during design, construction and operation phases, the plant’s contractor conducted a precise analysis of the turbines’ potential and was able to optimise their efficiency above the requested rate. The power plant is located in Haveli Bahadur Shah Punjab, Pakistan and features one of the highest net efficiency rates ever recorded: 62.4 %.Since February 2015, Lahmeyer and the consulting firm National Engineering Services Pakistan (Pvt) Limited (NESPAK) have been cooperating in the development of electric power generation capacity in the densely populated province of Punjab. The electricity consumption in the region accounts for 68% of the total national consumption, and the province contains 60 % of Pakistan’s industry. With an annual power demand growth of 6-8 %, Punjab is currently facing power shortfalls ranging from 3,000 to 5,000 MW. The engineering company Lahmeyer supports NESPAK and two public project companies in the implementation of the three gas and steam combined cycle power plants; Balloki, Haveli Bahadur Shah and Bhikki. In close cooperation, the experts from Lahmeyer and NESPAK carried out the preliminary design of the project - from project specification tendering to the assessment of proposals - all within only seven months.Short implementation period and high net efficiencyThe major challenge of this project, in addition to the high fuel prices (liquid gas), was the required short implementation period. The single-cycle phase had to be completed within 18 months (first plant) and the combined-cycle phase within 27 months, respectively. This challenging time schedule and the new performance figures of the Chinese EPC contractors stipulated an efficiency of between 61-63 % which is quite ambitious. To meet these objectives, Lahmeyer and NESPAK decided to equip all three projects with General Electric H-class gas turbines, model 9HA.01 – the first use of these turbines in Pakistan. Besides having a very tight schedule, the awarding authority also made high demands on the net efficiency.Especially with the Haveli power plant, which was requested to achieve the highest net efficiency rate, the potential of the state-of-the-art gas turbines had to be investigated in detail. Already in the planning phase, Lahmeyer engineers analysed the performance of the gas turbine regarding its integration into the complete facility. Based on this analysis, the manufacturer of the turbine and the contractor were able to optimise the turbine unit. The result was one of the highest net efficiency rates for a gas-fired combined cycle power plants worldwide: 62.4 %. Lahmeyer meets challenging requirementsIn July 2017, all six H-class gas turbines at the three sites were subjected to the first firing tests. Four turbines started commercial operation directly afterwards. Within the second quarter of 2018, all three power plants were in full commercial operation. Thus, Lahmeyer met both the challenging implementation schedule and the demand for a high efficiency rate.Promising future development of H-class gas turbinesAdditional measures announced by the manufacturers of H-class gas turbines make it possible to achieve a further increase in efficiency of over 63 % for future combined cycle power plants. In addition, the Lahmeyer experts expect the gas turbine capacity to increase, electricity consumption to drop and the implementation period for power plant projects to be reduced. Pakistan effectively promotes the development of electricity production on the basis of regasified liquid gases. Advanced gas turbines will play a significant role. The new project Jhang, which will again be executed cooperatively with NESPAK, was recently also awarded to Lahmeyer. For this project, H-class gas turbines from Siemens are planned.The Company As an international company of consulting engineers, Lahmeyer offers a wide range of planning and consultancy services. The main fields of activity are complex infrastructure projects in the Energy, Hydropower and Water Resources Sectors as well as in Building and Transportation. With origins dating back to 1890, the company has grown into one of the leading international companies with project experience in 165 countries. Since December 2014, Lahmeyer belongs to Tractebel, and thus is part of the ENGIE Group.Lahmeyer International GmbH Ralf kleine Brörmann Manager Marketing Communications Friedberger Straße 173 D-61118 Bad Vilbel, GermanyPhone: +49 6101 55 1714 Fax: +49 6101 55 1785 ralf.kleinebroermann@de.lahmeyer.com

01-25-2019 | Advertising, Media Consulting, …
Clive shoes
Clive- Best Shoes In Pakistan
There are numerous reasons for the wearing of shoes. We wear them to protect our feet from the elements when the ground beneath us is too cold or too hot for our soles to withstand. Our outside world (and possibly inside) is not usually soft and smooth so our shoes become a barrier between it and our feet. Shoes protect our feet from encountering objects which may hurt us. We
01-25-2018 | Energy & Environment
ReportsWeb
Biopower in Pakistan, Market Outlook to 2030
"Biopower in Pakistan, Market Outlook to 2030, Update 2016 - Capacity, Generation, Levelized Cost of Energy (LCOE), Investment Trends and Regulations" is the latest report from Publisher, the industry analysis specialists that offer comprehensive information and understanding of the Biopower market in Pakistan. The report provides an in-depth analysis on global renewable power market and global Biopower market with forecasts up to 2030. The report analyzes the power market scenario in
06-23-2017 | Advertising, Media Consulting, …
onecoin pakistan
onecoin pakistan
The amount of evidence contributing to OneCoin’s status as a pyramid scheme is considerable. Its directors have previously been involved in other known scam operations, its resources contain no verifiable evidence for any of its business claims and documentation uploaded to support claims often conflicts with the claims themselves. In addition, the quality of hosted content, including standards of English and website construction, are good we do a business as a onecoin
06-12-2017 | Business, Economy, Finances, B …
ReportsWorldwide
Agrochemicals Market in Pakistan
ReportsWorldwide has announced the addition of a new report title Pakistan: Agrochemicals: Market Intelligence (2016-2021) to its growing collection of premium market research reports. The report “Pakistan: Agrochemicals: Market Intelligence (2016-2021)” provides market intelligence on the different market segments, based on type, active ingredient, formulation, crop, and pest. Market size and forecast (2016-2021) has been provided in terms of both, value (000 USD) and volume (000 KG) in the report. A
08-18-2011 | Business, Economy, Finances, B …
Blue Sky Inc.
Best Job Portal Launched In Pakistan
Pakistan currently is one of the fastest growing economy growth rate near 7%. This growing and flourishing trend in the country has created a lot of jobs in Pakistan`s products and services industry. Foreign investors have been attracted in various sectors of Pakistan`s economy due to reforms of present government and the security of investment. Various websites are offering their services to the young and talented generation for seeking jobs according
09-22-2010 | Business, Economy, Finances, B …
Pak Biz
B2B Directory,Pakistan Manufacturers,Pakistan Suppliers,Pakistan Exporters,Pakis …
PakBiz.com is a Pakistani B2B directory (portal), specially designed to assist Pakistani industries, companies and organization and to conduct business with the international markets. Pakistani B2B directory portal is considered to be Pakistan's first portal that is designed to cover the needs of the Pakistani Trade, Export and Business sector. Today, local companies in Pakistan do not have not enough resources to promote their products in the international markets due
Comments about openPR
We publish our press releases on openPR.de because we like people who are "open" - just like us.
Frank Obels, CEO, INCONET - Informationssysteme, Communication und Netzwerkberatung GmbH