Cytology and HPV Testing Market to Grow at a Steady CAGR of 2.9% as Early Diagnostics Gain Importance 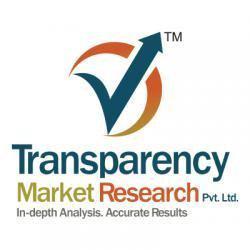 Over the years, the level of awareness among the global population regarding the various types of cancer has increased tremendously. The significance of early detection and diagnosis is not lost on them, resulting in the increased adoption of screening tests such as cytology and human papillomavirus (HPV) testing.

The global market for cytology and HPV testing is presented with a host of sustained growth opportunities arising mainly from several emerging economies, where factors such as rapidly developing healthcare infrastructure and a strong local manufacturing base serve as major advantages. In addition to this, these markets still have immense scope for growth, unlike the near-saturated markets in developed countries.

The cytology and HPV testing market can be geographically segmented into Europe, North America, Asia Pacific, and Rest of the World. North America is by far the largest market for cytology and HPV testing accounting for a 52.5% share in 2015. This can be attributed to the rising incidence of HPV infections and cervical cancer, the increasing number of awareness programs by government and private organizations, and the availability of technologically advanced diagnostic test kits. The Centers for Disease Control and Prevention states that an estimated 79 million people in the U.S. are infected with HPV, with around 14 million people newly infected each year. Each year, more than 11,000 women in the country are diagnosed with cervical cancer.

The rising adoption of cytology and HPV testing is driven by the same factors as those fueling the North America market. In addition to these, the soaring demand for advanced imaging modalities and sensitive screening tests such as liquid-based cytology are anticipated to further accelerate the Europe market. Germany is the largest contributor to the Europe cytology and HPV testing market owing to the recent introduction and enhancement of various new technologies in the field of diagnostics. Government screening programs have also favorably benefited this regional market.

Request Brochure Copy of the Report @

Emerging as one of the most attractive destinations for cytology and HPV testing as well as for the manufacturing of testing kits and systems, Asia Pacific is anticipated to witness immense growth during the forecast period. Thanks to the availability of low-cost and highly-skilled IT labor, leading companies such as Qiagen N.V. and Hologic Corporation have been setting up shop in APAC to capitalize on the opportunities presented by this region.

Although the RoW segment is also anticipated to witness a rise in the demand for cytology and HPV testing, especially in Africa, the narrow distribution network as well as the low awareness and adoption rate in several underdeveloped regions are likely to hamper market growth.

Modest Growth on the Cards

HPV testing services dominate the HPV testing market, accounting for a whopping 78.2% share in 2015 owing to an increasing number of women undergoing HPV tests for the detection and diagnosis of cervical cancer. Similarly, cytology testing services led the cytology testing market with a 78.7% share in 2015. This is due to the large number of PAP tests performed across the globe.

Request For Discount On This Report:

The soaring incidence of HPV infections and cervical cancer can be attributed to several risk factors, including the weakening of the immune system due to illness and a high number of sexual partners. Technological advancements in healthcare and growing awareness among the general population are also encouraging people to opt for high-accuracy diagnostic tests. Driven by these factors, the HPV testing market is expected to grow from US$7.9 bn in 2015 to US$10.5 bn by 2024 at a 2.9% CAGR therein.

You can edit or delete your press release Cytology and HPV Testing Market to Grow at a Steady CAGR of 2.9% as Early Diagnostics Gain Importance here