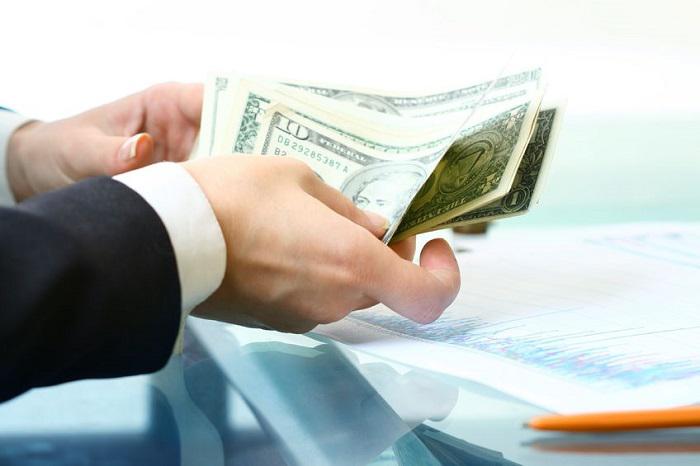 Introduction: The Global Remittance Market has been valued to be at approximately USD 600 Billion based on Market Research Reports for Remittance. The market has had a growth rate of about 4.5% between 2012 and 2017 due to increasing reliance on remittance amounts in low and middle income countries. Close to 70% of the remittance amount transferred is used for the basic expenses of the recipient families in developing economies. The increasing reliance of remittance has caused a growth in the contribution of remittance to the GDP of emerging economies with countries like the Philippines, Senegal and Guatemala having remittance amounts which exceed 10% of the GDP. The issue is that in developing economies there is high importance that the cost of remittance be as low as possible Global Scenario: While the global cost of remittance has gone down from roughly 9.8% in 2000 to about 7.3% in 2017, the cost of transferring money to developing nations has tripled since 2000 and has become 5 times what it was in 1990. This increase in cost cannot be sustained by developing countries. The basic cost of transferring USD 100 ranges from anywhere between USD 1.2 to USD 34. In the case of developing markets where every cent counts, this causes major financial distress. The cost of sending money in 2017 has been calculated at USD 30 Billion for global money transfers. This amount is the entirety of non military foreign aid provided by the US for the year 2017. There have been repeated meetings describing initiatives from the G8 countries to bring the cost of remittance to below 5% of the total cost but they’re not even halfway there. The costs play such an exponential role in the loss of finance that a reduction of 5 % points could lead to savings of about USD 16 Billion. Market Scenario: On the whole, the cost of remittances has remained stable in most regions. At an average of 5.31%, Southeast Asia was the cheapest region to send money to, whereas Sub-Saharan Africa was quite a bit more expensive at 9.48%. Eastern Europe and Central Asia has also stayed fairly constant at 6.3%. The one region which recorded an increase is the Middle East and North Africa, jumping to 7.63% in the fourth quarter of 2016 from just over 7% in the previous quarter. The Global Average remained stable at 7.45 percent in 2017, compared to the 7.40 percent recorded in 2016. This is the same figure recorded for this Index in 2016. Banks still remain the most expensive Remittance Service Provider. Although there is not much of an issue for outbound remittance in the G20 countries, with the majority of the countries having a rate of less than 10%, excluding China, inbound remittance charges are significantly high and are the highest in the African regions. The average cost of outbound remittance as a % of the amount transferred for the major G20 countries is given below: Brazil -6.98%,India-6.14%China -10.26%,Indonesia -7.84%,Mexico-4.85%,Turkey -7.62%,South Africa – 7.56%. While the cost for outbound remittance is not high in any of the above countries, the cost of sending to developing countries in Africa is extremely high with highest inbound remittance rates: South Africa-17.70%, Ghana -16.65%, Tanzania-18.41%, Nigeria -21.39%, Angola -23.02% with key players in the remittance market being PayPal Holdings Inc., Western Union, MoneyGram International and Euronet. Conclusion: remittance based money transfer works for the developing nations as there is a steady source of foreign income. The increased strength of the foreign currency usually allows for an adequate amount of local currency to be withdrawn but the global foreign exchange volatility combined with the number of intermediaries have led to costs for money transfer staying consistently high. There is an emerging need for low cost money transfer services which minimize the cut taken away by intermediaries thereby lowering the cost of remittance to developing economies as much as possible. The high rates of inbound remittance in African and the few vulnerable Asian nations is skewing the global average and is the major cause for the lack of reduction of remittance rates globally. Understanding how to address this issue could help in increasing the value of the remittance market, saving money and boost the economy for low income nations For more information, click on the link below: https://www.kenresearch.com/tag/banking-financial-services-and-insurance/remittance/177.html Contact Us: Ken Research Ankur Gupta, Head Marketing & Communications sales@kenresearch.com 0124-4230204Ken Research is a Global aggregator and publisher of Market intelligence research reports, equity reports, data base directories and economy reports. Our market research reports provides market sizing analysis, insights on promising industry segments, competition, future outlook and growth drivers in the space. The company is engaged in data analytics and aids clients in due-diligence, product expansion, plant setup, acquisition intelligence to all the other gamut of objectives through our research focus.Ken Research Pvt. Ltd. Unit 14, Tower B3, Spaze I Tech Business Park, Sohna Road, Sector 49 Gurgaon, Haryana - 122001, India

You can edit or delete your press release The Biggest Issue with Remittance: Ken Research here

03-13-2020 | Advertising, Media Consulting, …
Ken Research Pvt Ltd
UK online retail, online travel market and online advertising market is expected …
o The total number of internet users within UK is likely to reach around 52.0 million by the year ending 2025. This will further lead to increase in demand for online shopping and online ticket booking in the country. UK online retail market & online movie ticket booking space is expected to grow along with a forecasted CAGR of 6.5% and 7.0% in terms of GMV and GTV respectively for the
03-12-2020 | Advertising, Media Consulting, …
Ken Research Pvt Ltd
Australia Hotel Mattress Industry Growth will be driven by Advanced Bedding Tech …
49% of the Australian hotel development pipeline till 2024 will be made up by 5-star or 6-star properties. Medium Mattress Comfort Level expected to hold close to 50.0% share in the overall hotel mattress industry sales in Australia. The price of hotel mattresses in Australia is expected to rise by 3.0% by 2025. King and queen size mattresses are expected to extend their dominance, going forward as well. Leading players in the
03-03-2020 | Health & Medicine
Ken Research Pvt Ltd
Development of New Technologies, New Samples Coupled with Mergers & Acquisitions …
o As a number of laws have been introduced across the world to curb down the use of illicit drugs, the demand for drug abuse testing devices has been increasing consistently. The demand for such devices majorly depends on their level of test accuracy and convenience of use (with regard to the samples used). o New technologies such as finger-print devices which use 'sweat' as a sample to detect the drugs consumed
02-24-2020 | Advertising, Media Consulting, …
Ken Research Pvt Ltd
Extensive Coverage and Unique Intelligence Comprised Market Research Reports at …
Unsurprisingly, the dossier 360 is a premium subscription platform that enormously deals a comprehensive collection of over 10,000+ Premium Industry Reports, Economy News and Press Releases, 30,000+ equity and private company reports, due diligence reports collated from 100+ Renowned Global Publishers and Sources. Along with all the above, Dossier360 be responsible for an access to over 30,000+ company reports which extensively cover all the major aspects including Company Overview, Financials,