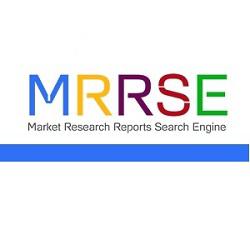 Market Research Report Search Engine (MRRSE) recently announced the addition of a new research study to its comprehensive collection of research reports. The research report, titled “Intravenous Immunoglobulin (IVIG) Market - Global Industry Analysis, Size, Share, Growth, Trends, and Forecast 2017 - 2024” offers a detailed analysis of the market, providing insights into the market dynamics that are expected to influence the overall market positively in the next few years. Furthermore, the product segmentation, drivers, barriers, key geographical segments, and the competitive scenario of the Global Intravenous Immunoglobulin (IVIG) Market have been elaborated upon in the research report.Try Sample Report @ https://www.mrrse.com/sample/2162Since the first formulation of intravenous immunoglobulin (IVIG) that gained FDA approval back in 1980s, the concept has been harnessed relentlessly in the last three decades and adverse effects have been neutralized to a large extent. In the recent past, IVIG have proven their worth in treating autoimmune diseases such as primary humoral immunodeficiency (PIDD), multiple sclerosis, immune thrombocytopenia purpura (ITP), autoimmune haemolytic anemia, and Kawasaki syndrome. Going forward, intravenous immunoglobulin are expected to remain a viable alternative to other medications such as corticosteroids and immunosuppressants.  According to the findings of this business intelligence report that has evaluated and estimated the commerce of the global IVIG market – the demand will expand at a formidable CAGR of 8.52% during the forecast period of 2017 to 2024. The analyst of the report has projected that the intravenous immunoglobulin market will have opportunities worth US$14,923.2 million by 2024 across the globe, which is substantially higher than the market’s calculated valuation of US$8,419.7 million as of 2017.Apart from the prevalence of autoimmune disorders, the intravenous immunoglobulin market is foreseen to gain traction from factors such as increase in geriatric population, growing usage of off-label indications, advancements in the production technologies and purification methods, favorable government initiatives, and improvements in healthcare infrastructure across emerging economies. On the other hand, the report highlights high cost of treatment, long-term side-effects, stringent regulatory framework, and emergence of alternative therapies such as subcutaneous infusion IG (SCIG) and recombinant products are a few restraints obstructing the IVIG market from attaining its true potential.CIDP to Remain Key Indication Segment Until 2024On the basis of indication, this report segments the IVIG market into chronic inflammatory demyelinating polyneuropathy (CIDP), idiopathic thrombocytopenic purpura (ITP), primary humoral immunodeficiency, myasthenia gravis, hypogammaglobulinemia, guillain-barre syndrome, Kawasaki disease, multifocal motor neuropathy (MMN), and chronic lymphocytic leukemia. Among these, CIDP and primary humoral immunodeficiency are the two segments that constituted for more than half of the total demand in this market. While the former segment is gaining traction from the rising prevalence of the diseases, the latter segment is driven by it being an on-label indication for IVIG. By 2024, the two segments are estimated to generate a revenue of US$4,989.4 million and US$4,145.4 million respectively.For Detailed Reading Please Visit Intravenous Immunoglobulin (IVIG) Market Reports @ https://www.mrrse.com/intravenous-immunoglobulin-marketThe report also bifurcates the intravenous immunoglobulin market based on end users, into hospitals, clinics, and home care settings. Hospitals are expected to continue providing for the most prominent chunk of demand over the course of 2017 to 2024, although the other two are primed for stronger growth rates.Asia Pacific Emerging As a Region of Substantial PotentialGeographically, the analyst of the report has evaluated the potential of demand for IVIG that can be expected out of the regions of Asia Pacific, Europe, North America, Latin America, and the Middle East and Africa. In 2017, the North America intravenous immunoglobulin market posed a valuation of US$3,814.8 million and is estimated to generate more than 43.3% of the total demand. Wide range of products available, advancements in technology, and increasing number of patients with blood and neurological disorders are the major drivers of the North America IVIG market. Although Europe is expected to hold onto its position as the second most profitable region in terms of demand, Asia Pacific is a region wherein the demand is poised to expand at most robust CAGR of 9.5% during 2017 to 2024. By the end of 2024, the Asia Pacific IVIG market is estimated to be worth US$2,826.1 million.The analyst of the report has identified CSL Behring LLC, Grifols S.A., Octapharma AG, and Baxalta Incorporated as the prominent companies currently ahead of the curve in the global IVIG market. The report contains a featured section on the competitive landscape, profiling most of the leading players as well as a number of other promising participants.About (MRRSE)      Market Research Reports Search Engine (MRRSE) is an industry-leading database of Market Research Reports. MRRSE is driven by a stellar team of research experts and advisors trained to offer objective advice. Our sophisticated search algorithm returns results based on the report title, geographical region, publisher, or other keywords. MRRSE partners exclusively with leading global publishers to provide clients single-point access to top-of-the-line market research. MRRSE’s repository is updated every day to keep its clients ahead of the next new trend in market research, be it competitive intelligence, product or service trends or strategic consulting.Contact Us                                                    State Tower                                         90, State Street Suite 700 Albany, NY - 12207 United States Telephone: +1-518-730-0559 Email: sales@mrrse.com Website: https://www.mrrse.com/ Read More Industry News At: https://www.industrynewsanalysis.com/