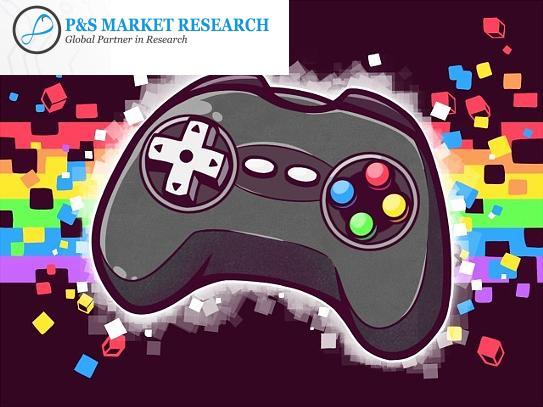 Global gaming industry has undergone digital content revolution in the past few years. Considering the outcome, the uses and business models in this industry have also changed, through the effect of disintermediation, changes in the pricing structure, and deﬂated production costs. From the supplier perspective freemium games is one of the preferred routes, as it holds the majority of download volume. The dynamic nature of gaming industry has also brought significant change to the consumer mind sets, while the game developers are compelled to update themselves. The game developers not operating upon the freemium model have suffered loss of their market share, in the recent years.Explore Full Report Description At: https://www.psmarketresearch.com/market-analysis/freemium-games-market The major market for the freemium games are video gamers, casual gamers, and the social gamers. In the past few years, the increasing demand of freemium games from some of the other non-traditional gamers, such as educational and cultural institutions have also boosted up the freemium game market. In freemium games, the basic game version is available for the consumer for free; however the consumer has to pay for extra features, or unlocking the levels. In freemium games, the design aspect plays an important role, as consumer should not feel that the stage where he has reached in the game is either too tough to proceed, or too easy to clear.The increasing affordability of smart phones, along with the growing internet penetration accounts for the major drivers, of the freemium game market. The availability of open mobile platform, such as Android “Play Store” is providing significant market opportunity for small and medium size freemium game developers. Moreover, the freemium model is very much suited for the startup game developers, as the cost to market can be saved. On the other hand, issues such as data privacy and graphical interference limitation of mobile devices, remains major roadblock for the market expansion.Download Free Report Sample At: https://www.psmarketresearch.com/market-analysis/freemium-games-market/report-sample Asia Pacific had been the largest and fastest growing market of freemium games, in 2014. A Spur in the internet connectivity, along with the increasing affordability of smart phones due to the growing middle class population in developing countries, such as India and China are driving the Asia Pacific freemium game market. India and Japan are expected to be the fastest growing markets of freemium game in Asia Pacific, during the forecast period. The North American and European market has witnessed remarkable growth in last few years. India, China, Japan, South Korea, Brazil, U.S., Canada, Germany, U.K., France, Italy, and Spain are some of the major markets for freemium games.Some of the competitors in the freemium games market are Electronic Arts Inc., Zynga Inc. Nintendo Co. Ltd., Activision Blizzard Inc., King Digital Entertainment plc, and Machine Zone Inc.About P&S Market ResearchP&S Market Research is a global market research and consulting company. We provide market research reports, industry reports; business intelligence and research based consulting services across a range of industries.With the help of our professional corporate relations with various companies, our market research offers the most accurate market forecasting. Our analysts and consultants interact with leading companies of the concerned domain to substantiate every single data presented in our publication. Our research assists our client in identifying new and different windows of opportunity and frame informed and customized strategies for expansion in different regions.Contact:P&S Market Research 347, 5th Ave. #1402 New York City, NY - 10016 Toll-free: +1-888-778-7886 (USA/Canada) Email: enquiry@psmarketresearch.com Web: https://www.psmarketresearch.com

01-28-2020 | Advertising, Media Consulting, …
Kenneth Research
South East Asia Business Jet Market And Top Key Players are Asia Corporate Jet, …
By 2022, the South East Asia Business Jet Markets estimated to reach US$ XX Mn, up from US$ XX Mn in 2016, growing at a CAGR of XX% during the forecast period. The Global Business Jet Market, currently at 21 million USD, contributes the highest share in the market and is poised to grow at the fastest rate in the future. The three broad categories of business jets are Small,
03-21-2019 | Business, Economy, Finances, B …
RAMPF Group
RAMPF Korea – Producing in Asia for Asia
Joint Venture for the Asian markets – The international RAMPF Group has realigned the cooperation with its long-standing partner Orient Dosiertechnik from Korea with the founding of RAMPF Korea Co., Ltd. The new company based in Hwaseong City is developing and producing mixing and dispensing systems specifically for the Asian markets. Within the framework of the new joint venture based in Hwaseong City, mixing and dispensing systems are being developed and
01-23-2019 | Business, Economy, Finances, B …
International Property Media
LIXIL Asia Presents Asia Pacific Property Awards
Through its power brands GROHE and American Standard, LIXIL Asia signs a three-year deal to become the Headline Sponsor of the Asia Pacific Property Awards from 2019 until 2022. 23rd January 2019: The International Property Awards, first established in 1993, are open to residential and commercial property professionals from around the globe. They celebrate the highest levels of achievement by companies operating within the architecture, interior design, real estate and property
01-15-2019 | IT, New Media & Software
Peoplewave
PEOPLEWAVE WINS ASIA TECH PODCAST PITCHDECK ASIA 2019 AWARDS
15 January 2019, Singapore – Peoplewave, Asia’s leading data-driven HR technology company, won the Asia Tech Podcast (ATP) Pitchdeck Asia 2019 Awards, being awarded “Startup Most Likely to Succeed in 2019". The 2019 Pitchdeck Asia Awards is an opportunity for the Asian Startup Ecosystem to shine a spotlight on some of its best startups. The awards were decided by a public vote. More than 7,200 votes were cast by registered LinkedIn
11-03-2011 | Advertising, Media Consulting, …
Clarion Events Asia
Undersea Defence Technology Asia, UDT Asia 2011
Latest Military Diving Technologies featured in UDT Asia Equipping Asia’s navies with the latest diving technology for asymmetric warfare and operations SINGAPORE, 17 October 2011 - Naval diving and underwater special operations is a field that is seeing increased attention and investment amongst navies in Asia. Units such as the Indonesian Navy‟s KOPASKA, the Republic of Singapore Navy‟s Naval Diving Unit (NDU), the Royal Malaysian Navy‟s PASKAL are increasingly utilising specialised equipment for conducting
06-06-2011 | Business, Economy, Finances, B …
Asia Diligence
Asia Diligence – Specialist Investigative Due Diligence for Asia & Beyond
Asia Diligence today announced the opening of its European Customer Services office in the United Kingdom. The office is to be managed by Steve Fowler and will focus on providing services to Asia Diligence’s European customers. Asia Diligence is also planning to open a US office in the near future, which will provide customer service to its US and North American clients. Asked to comment on the move, Luke Palmer, the
Comments about openPR
9 o'clock: discuss press release with client, 10 o'clock: submit release to openPR, within the briefest possible time release is published and displayed in a prominent place on openPR.de. I am thrilled!
Zehra Spindler, Calypso Now! - Communication Agency