Cancer Cachexia Market to Record an Exponential CAGR by 2025 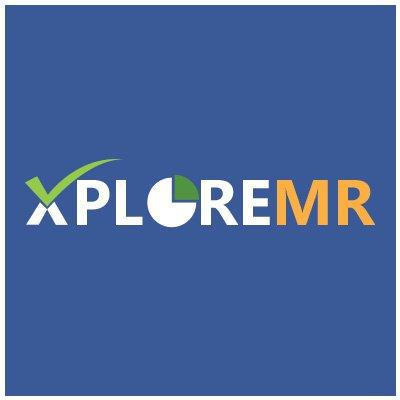 10-06-2017 | Advertising, Media Consulting, …
REPORTSANDMARKETS
Learn Details of Arm/Leg Rest Market Report 2017
Arm/Leg Rest market is valued at USD XX million in 2016 and is expected to reach USD XX million by the end of 2022, growing at a CAGR of XX% between 2016 and 2022. Browse Full Report: https://www.reportsandmarkets.com/reports/asia-pacific-arm-leg-rest-market-report-2017-1647384 Geographically, this report split Asia-Pacific into several key Regions, with sales (K Units), revenue (Million USD), market share and growth rate of Arm/Leg Rest for these regions, from 2012 to 2022 (forecast), including: China, Japan, South
06-08-2017 | Energy & Environment
ReportsWorldwide
Agrochemicals Market in Rest of World
ReportsWorldwide has announced the addition of a new report title Rest of World: Agrochemicals: Market Intelligence (2016-2021) to its growing collection of premium market research reports. The report “Rest of World: Agrochemicals: Market Intelligence (2016-2021)” provides market intelligence on the different market segments, based on type, active ingredient, formulation, crop, and pest. Market size and forecast (2016-2021) has been provided in terms of both, value (000 USD) and volume (000 KG)
10-31-2016 | Business, Economy, Finances, B …
Allen Maintenance Inc.
Rest Room Courtesy Is Still Appreciated
Respecting strangers is common courtesy; at least it should be. Kudos to those who respects others’. Historically, restroom courtesy has been engrained in ethics of social responsibility. After all, since grade school, most people have learned the value of picking up behind themselves, when using public rest rooms. Yet unfortunately, there are still countless people who lack rest room courtesy. As a commercial cleaning and building maintenance service provider, too often, Allen Maintenance
05-26-2011 | Health & Medicine
Savvy Rest
Savvy Rest Is Now GOTS Certified
May 25, 2011, Charlottesville, Virginia -- Savvy Rest, Central Virginia manufacturer of organic mattresses and bedding, is now a GOTS-certified company. GOTS stands for Global Organic Textile Standard, and it means that Savvy Rest’s manufacturing facility has passed the most demanding organic requirements a product or manufacturer can meet. GOTS certification ensures that organic textiles have been responsibly harvested, manufactured and labeled. “While any business can sell products that contain some
12-18-2010 | Health & Medicine
Health Script
New Product Offers Elixir for Full Night's Rest
One in three people worldwide knows the consequences of sleep deprivation since they suffered from insomnia at some point in their lives. Around 10 percent of the population, however, has chronic insomnia and wrong vitamins and supplements as a result of wrong diagnosis cause destroyed families, careers and relationships. Researchers have found over the years that insomnia is actually a symptom for a much bigger problem. Regardless of the causes
11-06-2010 | Business, Economy, Finances, B …
Colordarcy
Turkish Property Outpacing the Rest
Turkey property is now one of the top choices for private property investors in the UK, overseas property investment consultancy Colordarcy has announced. In explaining possible reasons for the rise of Turkey, the firm cited the countries impressive economic growth and fiscal stability, as well as the dire state of the EU, which has devastated many of Turkey's former biggest competitors. Loxley McKenzie, managing director of the firm said: "Turkey is a
Comments about openPR
9 o'clock: discuss press release with client, 10 o'clock: submit release to openPR, within the briefest possible time release is published and displayed in a prominent place on openPR.de. I am thrilled!
Zehra Spindler, Calypso Now! - Communication Agency