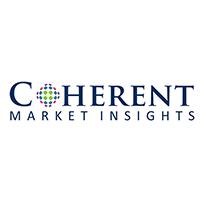 The examination of inside structures of the body is known as arthroscopy and the devices used for examination are known as arthroscopy devices. It is a minimally invasive procedure and is performed by using small probe through an incision. The primary application of arthroscopy is diagnosis of inner structure of the body. As the name suggests, surgical arthroscopy is the use of these devices during surgical procedures. Arthroscopy is widely used by orthopedic doctors to treat bone disorders and joint problems such as knee, shoulder and elbow related disorders.Arthroscopy devices include mechanical instruments, motorized instruments, electrosurgical instruments and special instruments such as probes, punches, shavers, electrocautery, laser, ACL sets, meniscus repair sets respectively.To get holistic SAMPLE of the report, please click: https://www.coherentmarketinsights.com/insight/request-sample/412As the arthroscopy procedure is minimally invasive, it helps avoid post-surgery complications, infection during surgery and significantly reduces patient recovery time.Increase in joint replacement surgery leading the growth of the arthroscopy devices market in developed regionsAs per the stats of Canadian Institute for Health Information (CIHI), around 113,000 knee and hip surgeries are performed in Canada annually. The number of knee replacement surgery increased by 20.3% and hip replacements surgery increased by 20% in between 2009 to 2015 in the country. Furthermore, as per Centers for Disease Control and Prevention (CDC), in U.S., 54.4 million adults were diagnosed with arthritis during 2013-2015 and the number is expected to reach 78.4 million by 2040. This in turn would increase number of knee and joint surgeries and consequently, drive growth of the arthroscopy devices market in the near future.Integration of various technologically advanced features such as wireless camera heads and high-definition monitors will help increase adoption of these devices across the globe. Companies are increasingly inclined towards offering customizable solutions to doIncrease aging population is expected to be one of the primary factor for the growth of arthroscopy devices marketAccording to the data of Ministry of Statistics and Programme Implementation, in 2016, 103 million people in India were over 60 years of age. Also, as per data published by Organization for Economic Co-operation and Development (OECD), the geriatric population accounted for 17.26% and 14.50% of the overall population in the U.K. and U.S., respectively in 2014 and the number is expected to steadily increase.As the rate of knee replacement and hip replacement surgical procedures is high among the geriatric population, it is expected that the aging population will be the major factor for the growth of arthroscopy devices market in the near future.Increase in arthroscopic surgeries is expected to fuel the growth in arthroscopy devices marketContinuous rise in aging population is the major factor leading to rise in arthroscopic surgery procedures around the globe. As per the stats published by Australian Commission on Safety and Quality in Health Care, in 2012-13, 33,682 patients aged over 55 years were admitted in hospitals for knee arthroscopy.Ask for customization: https://www.coherentmarketinsights.com/insight/request-customization/412Furthermore, according to the United Nations Department of Economic and Social Affairs (U.N. DESA), in 2015, 1 in 8 people were aged over 60 years, which is expected to increase to 1 in 6 people by 2030. It is expected that this high increase in aging population will support the growth in number of arthroscopic procedures worldwide.The technological advancements in arthroscopic devices such as high definition camera, LCD touch panel interface, deflectable tip and flexible endo-eye video scopes are also the factors supporting to increase the adoption of arthroscopy devices in healthcare facilities around the globe.ctors in order to enhance their market presence. For instance, Olympus offers multi-specialty digital imaging platform to specialize each procedure along with maintained standards and enables healthcare professional to record, store and share high quality moving images.Also, some companies such as Smith & Nephew provide enhanced design of arthroscopic device that allows for steam sterilization of whole equipment and also offers complex camera system for autoclave sterilization.The global arthroscopy devices market was valued at US$ 3,910.7 million in 2016 and is expected to witness a robust CAGR of 5.4% during the forecast period (2017 – 2025).About Coherent Market Insights: Coherent Market Insights is a prominent market research and consulting firm offering action-ready syndicated research reports, custom market analysis, consulting services, and competitive analysis through various recommendations related to emerging market trends, technologies, and potential absolute dollar opportunity.Contact Us: Mr. Shah Coherent Market Insights 1001 4th Ave, #3200 Seattle, WA 98154 Tel: +1-206-701-6702 Email: sales@coherentmarketinsights.com Visit our news Website: http://www.coherentchronicle.com/

05-05-2018 | Health & Medicine
Medical Devices
Medical Aesthetics Market - Global Industry Insights, Trends, Outlook, and Oppor …
Medical aesthetics is an area of medicine, dealing with aesthetics, well-being, external appearance, visible skin changes, and image of the patient. Medical aesthetics involve high-technology skin care procedures that represents the fusion of beauty and healthcare services. Procedures for these involves use of advanced technologies to enhance aesthetics of the person. Demand for anti-aging products and procedures is increasing significantly, owing to increasing focus of patients to look young and
05-05-2018 | Health & Medicine
Medical Devices
Ophthalmic Ultrasound Imaging Systems Market - Global Industry Insights, Trends, …
Ophthalmic ultrasound imaging system is non-invasive visualization technique, which is more convenient and relatively inexpensive as compared to other techniques such as optical coherence tomography (OCT), magnetic resonance imaging (MRI), and scanning Scheimpflug. Ophthalmic ultrasound imaging systems allow imaging of anatomy and pathology involving the anterior and posterior segment of the eye. This system provides diagnostic information in conditions such as glaucoma, trauma, cysts, and neoplasms. It also allows measurement
05-05-2018 | Health & Medicine
Medical Devices
Eye Anatomical Model Market - Global Industry Insights, Trends, Outlook, and Opp …
Eye anatomical model refers to the type of reference models that are used to study the internal and external structures of the eye. These models are majorly used by educational institutes and optometry departments by professors to explain the internal and external anatomy of the eye in detail. These are also found to be used by professional healthcare providers such as ophthalmologists as well as opticians to educate their patients
05-05-2018 | Health & Medicine
Medical Devices
Clostridium Difficile Diagnostics and Treatment Market – Insights
Clostridium difficile is a disease caused by bacteria. Symptoms of the disease includes diarrhea, nausea, colon inflammation, and others. Clostridium difficile infection affects older adults, and according to Centers for Disease Control and Prevention (CDC), 2015, clostridium difficile infection is the most common healthcare-associated infection. Furthermore, frequent use of antibiotic medication is also responsible for clostridium difficile infection, as antibiotics kill normal flora (good bacteria) and allow for multiplication of