Press release from: Walk My Word 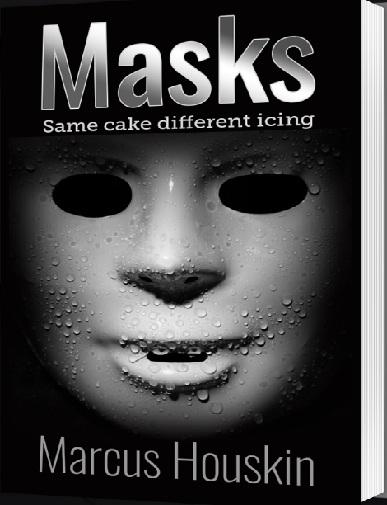 April 28,2018: Written by author Marcus Houskin, the book Same Cake Different Icing highlights different tactics used by people in power, throughout history, to manipulate society. Focusing on the principles of the ‘Pimp Game’, the book elaborates not only how these principles apply to education and warfare, but also to religion and politics. Using various examples to make his point, the book goes on to highlight various manipulation tricks, and how they can be detected. The book then explains how one can free themselves of these traps that have been set for them.

An excerpt from the book reads, ‘The tools of psychological manipulation and deceptive logic that govern the "pimp game" bear a striking resemblance to the principles of conventional warfare and how military authorities indoctrinate soldiers; how religious institutions attract and indoctrinate their followers and how educational institutions attract and indoctrinate students. The primary objective is to deceive the target audience into thinking that they are incomplete in themselves and need the manipulator to save them or redeem them’.

Going into detail, the book then later discusses how these tactics have shaped the world around us. With the current religious and political situation as it is, it’s not surprising that Houskin’s book is getting rave reviews. His unapologetic way of using witty examples and historical evidence to make his point has shown people that the leaders of different institutions have indeed used psychological manipulation to treat society as a marionette.

At a book signing event, the author Marcus Houskin commented, “I often think about a question, if society and its collective thought were two characters in a circus, who would be the ring master and who would be the clown. And often, I’m not able to get a correct answer. You see, with time, our society became a slave to the collective thought and in particular the thoughts of those who deemed themselves above us. I want to break through this trend and tradition we have of following them, and wake the people to this form of blatant manipulation that’s going on. I want to achieve that through my book.”

The book clearly demonstrates the psychological principles at play when it comes to the art of manipulation. The major take away from the book would be to embrace critical thinking and thereby, achieving freedom from nasty manipulators.

About the Book
Same Cake Different Icing is a literary quest that explains the psychological principles behind the art of manipulation. It helps explain how the same principles of pimping apply to the three most important domains of life; religion, education and warfare.

If you are looking for the best book to read on psychological manipulation and persuasion, to understand aspects of human behavior You’ve come to the right place!

News-ID: 1033896 • Views: 2544
Comments about openPR
OpenPR ist the nicest and most clearly laid out PR platform I have seen to this day. The press releases are displayed very nicely and clearly and without any unnecessary frills. The updates are fast and the finished release looks appealing and is clearly legible. Even with 16 years of experience one discovers new things from time to time. Congratulations!
Gabriele Ketterl, Director Marketing & PR, Menads