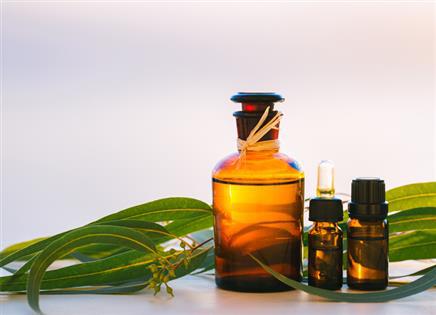 Vetiver oil is an essential oil that is extracted through steam distillation of vetiver roots. The vetiver plant is found in India, Haiti, and Indonesia. It has a soothing and stabilizing scent, which increases its utilization in fragrances, and is further used as a major constituent in approximately one-fifth of all fragrances. The oil’s soothing and calming aroma has led to its increased adoption as a complementary treatment for anxiety, depression, and other mental health disorders, including ADHD and PTSD. Among applications, the pharmaceutical segment is expected to be the fastest growing segment in the market, owing to its sedative, nervine, and antiseptic properties. Moreover, vetiver oil can be used as a pest repellant in conjunction with other essential oils.Low quality and quantity of raw materials used for the production of vetiver oil is the major factor restraining growth of the vetiver oil market. Harvesting the crop at inappropriate times reduces the quality and value of the vetiver roots. Rampant premature harvesting of roots practiced by farmers in Haiti is mainly due to poor financial conditions of farmers in the region.North America and Europe accounted for a major share in the global vetiver oil market, in terms of revenue, in 2016. North America held a share of 30.9%, in terms of revenue, followed by Europe (37.2 %). The dominance can be attributed to a highly developed and mature market for fragrances in these regions. Asia Pacific was valued at US$ 9.0 million in 2016 and is expected to exhibit a CAGR of 16.45%, to reach US$ 34.17 million by 2025. Growing demand for vetiver oil in Asia Pacific due to rising consumer awareness coupled with growing demand for fragrances has augmented the market growth. Moreover, increased utilization of vetiver oil as flavoring in pan masala and chewing tobacco has fueled the market growth. According to World Health Organization (WHO), in 2016, South Asia accounted for around 80% of the world’s chewable tobacco users.Latin America is also projected to be an attractive target region for sales of vetiver oil. This is attributed to a highly developed market for fragrances. According to ABIHPEC (Associação Brasileira da Indústria de Higiene Pessoal, Perfumaria e Cosméticos), Brazil was the world’s largest market for sales of fragrances in 2016. However, the slowdown of Brazil’s economy affected sales of fragrances. The Brazilian economy shrank by 3.6% and 3.8% in 2016 and 2015 respectively. According to the International Monetary Fund, the Brazil economy is expected to bounce back and grow by 1% in 2017.Europe was valued at US$ 20.89 million in 2016. Increasing demand from the pharmaceuticals industry for treatment of mental health disorders has fueled the market growth. According to WHO, in 2014, around 83 million people were affected by mental health disorders in Europe. Moreover, high sales of fragrances in Western European countries has fueled the vetiver oil market growth.The global vetiver oil market was valued at US$ 56.34 million in 2016 and is expected to exhibit a CAGR of 13.71%, in terms of revenue, during 2017 – 2025.North America and Europe accounted for major shares in the global vetiver oil market, in terms of revenue, in 2016 and this trend is projected to sustain over the forecast period. The regions held a combined market share of 68.1% in 2016. In Asia Pacific, the lack of awareness among populace in rural areas of emerging economies and premium pricing are major factors restraining the vetiver oil market growth.Major Players in the Global Vetiver Oil MarketMajor players operating in the global vetiver oil market include International Fragrance and Flavor Inc., Lluch Essence SL, UniKode S.A., Frager S.A., Robertet Group, Ernesto Ventos S.A., Floracopeia Inc., Fleurchem Inc., and Haiti Essential Oil Co. S.A.About Coherent Market Insights:Coherent Market Insights is a prominent market research and consulting firm offering action-ready syndicated research reports, custom market analysis, consulting services, and competitive analysis through various recommendations related to emerging market trends, technologies, and potential absolute dollar opportunity.Contact Us:Mr. Shah Coherent Market Insights 1001 4th Ave, #3200 Seattle, WA 98154 Tel: +1-206-701-6702 Email: sales@coherentmarketinsights.com

01-28-2019 | Health & Medicine
MAXIMIZE MARKET RESEARCH PVT. LTD.
Synthetic Biology Market – Europe
Synthetic Biology Market Europe is expected to reach USD XX Billion by 2026 from USD XX Billion in 2016 at a CAGR of XX% (Detailed analysis of the market CAGR is provided in the report). Synthetic biology has expanded into various interdisciplinary fields that may be defined as the combination of artificial design and engineering to produce biological systems, chemicals or living organisms. Synthetic biology is also used for improving applications
09-10-2018 | Industry, Real Estate & Constr …
QandQ Market Research
Europe Wooden Doors Market
Europe Wooden Doors Market https://www.qandqmarketresearch.com/reports/wooden-doors-market-78 This report studies the Wooden Doorsmarket status and outlook of Europe and major countries, from angles of players, countries, product types and end industries; this report analyzes the top players in Europe and major countries, and splits the Wooden Doors market by product type and applications/end industries. The global Wooden Doors market is valued at XX million USD in 2018 and is expected to reach XX million
08-08-2018 | Health & Medicine
Data Bridge Market Research
Europe Radiotherapy Market
The Europe Radiotherapy Market research report consists of a primary and secondary research along with an in-depth analysis of the quantitative and qualitative aspects by the expert industry analysts and professionals, leading management bodies, to gain a profound insight of the industry as well as the industry performance. The Europe Radiotherapy Market report presents a lucid picture of the current industry landscape, including the historical and projected market size, based
05-12-2016 | Associations & Organizations
Europe Business Assembly
Europe Business Assembly
The Europe Business Assembly (EBA) is an international corporation for the evolution and implementation of economic and social development. The company was established in April 2000 and its history shows a plethora of promising initiatives, creative growth and professional victories. EBA’s activity demonstrates the capabilities and power of professional partnership. The year 2000 saw the beginning and the foundation of EBA with the signing of the memorandum of cooperation and
10-01-2008 | IT, New Media & Software
TEAM International
Smartsourcing in Eastern Europe
In 2008 the outsourcing business of Eastern Europe was estimated at nearly $2 billion, representing just a tiny fraction of the global IT outsourcing market, estimated at about $386 billion. According to the Gartner Dataquest predictions, in the next four years Eastern Europe is expected to outstrip the rest of the offshore market concentrated mainly in the “classical” locations like India. By 2010 Eastern Europe’s IT outsourcing market share is
03-03-2008 | Energy & Environment
Zensys Inc.
Home Control conquers Europe
European Home Control Summit attracts participation from leading International companies and organizations 29. February 2008 - Copenhagen/Frankfurt - The first European Wireless Home Control Summit on 9 April 2008, taking place parallel to Light + Building, features leading companies such as Merten, Horstmann, Danfoss, and market researcher Parks Associates as well as publicly funded organizations like the Danish Energy Saving Trust (DEST) presenting the newest trends, products and market strategies pertaining
Comments about openPR
We publish our press releases on openPR.de because we like people who are "open" - just like us.
Frank Obels, CEO, INCONET - Informationssysteme, Communication und Netzwerkberatung GmbH