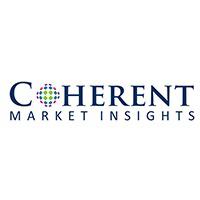 Optogenetics is an emerging medical technique, which involves the use of light to control cells in living tissues, especially neurons to help study the characteristics of normal and abnormal brain function. Optogenetics is an emerging field of biotechnology trending among the fields of neuroscience, cardiology, ophthalmology, behavioral science, and other healthcare domains. The technique is widely used to treat neurological disorders such as depression. Depression is caused by chronic stress that causes a series of negative memories. Optogenetics technology is used by placing the genes that express light-sensitive proteins into mammalian cells, which normally lack such proteins. When the proteins are illuminated with specific wavelengths of light, they change the behavior of the cells, thereby introducing certain types of ions or pushing out a few to alter electrical activity. Furthermore, optogenetics has also been used in the treatment of retinal disease and hearing impairment. Advancements in optogenetics technology has led to a sound understanding of neuroscience. Presently, multiphoton excitation microscopy is the technique that is used for investigating optogenetic studies of live animal brain at single neuron resolution.To get holistic SAMPLE with TOC @ https://www.coherentmarketinsights.com/ongoing-insight/toc/1097Wireless microchips emerging as a new technology in optogenetics is expected to boost market growthThe major factor contributing to growth of the global optogenetics market is the rising use of optogenetics in the field of neuroscience. New developments in optogenetics such as wireless microchips have enabled convenient treatment of conditions, including depression and Parkinson’s disease. According to World Health Organization (WHO) in 2017, it is estimated around 300 million people were affected by depression globally which makes it the main cause of disability such as decrease in self-esteem, feeling bored and loss of a direction or purpose. Furthermore, rampant advancements in technology such as ultrafast laser tools, LEDs, ytterbium-based lasers are the other factors responsible in driving the growth of optogenetics market. However, reluctance in adoption of new technology by healthcare professionals due to high costs in the deployment of technology, lack of awareness regarding the tools in emerging economies, and lack of availability of genetic reagents that can be conveniently used for probing biological processes are factors hindering growth of the optogenetics market.On the basis of region, optogenetics market is segmented into North America, Latin America, Europe, Asia Pacific, Middle East, and Africa. North America is expected to hold the dominant position in the optogenetics market, owing to the rising demand for light therapy treatment for chronic pain in the region. For instance, According to Montreal Neurological Institute, the light treatment therapy has the ability to control virtually any type of neuron in the brain with pulses of light, thus making it precise both, in terms of timing and type of cells affected. Thus, optogenetics has proved to have a much more targeted approach to chronic pain relief than the conventional methods, which cannot be localized with the same precision as a beam of light. Furthermore, Asia Pacific is expected to hold a major market share in the global optogenetics market during the forecast period, primarily attributed to increasing adoption of optogenetic techniques and ultrafast laser tools by several neuroscience labs.Growing application areas for optogenetics is expected to propel market growthKey players in the optogenetics market include Coherent, Inc., Thorlabs, Inc. Cobalt, Inc., Scientifica, Laserglow Technologies, Regenxbio, Inc., Gensight, Addgene, UPenn Vector Core, and Jackson Laboratories. The key players are focusing on strategic mergers and acquisitions and development of innovative systems. For instance, Coherent Inc. launched a new type of short pulse ultrafast laser sources that provides wide wavelength (680-1300nm) tunability of the primary output as well as simultaneous high power (1.5 watts) output at 1040 nm. Furthermore, this combination makes lasers such as Chameleon Discovery ideal for demanding multiphoton excitation application in optogenetics.Complete Report Details @ https://www.coherentmarketinsights.com/ongoing-insight/optogenetics-market-1097“Catch us at 3rd International Conference on Separation + Drying Technologies for Milk & Whey at Cologne, March 19 and 20, 2018”About Coherent Market Insights:Coherent Market Insights is a prominent market research and consulting firm offering action-ready syndicated research reports, custom market analysis, consulting services, and competitive analysis through various recommendations related to emerging market trends, technologies, and potential absolute dollar opportunity.Contact Us:Mr. Shah Coherent Market Insights 1001 4th Ave, #3200 Seattle, WA 98154 Tel: +1-206-701-6702 Email: sales@coherentmarketinsights.com Visit our news Website: http://www.coherentchronicle.com

03-12-2018 | Health & Medicine
CMI - Market Research
Adult Vaccines Market, By Types of Vaccines (Monovalent and Multivalent) - Globa …
Vaccination is one of the most effective and safest therapy that protects from diseases and reduces the prevalence of infectious diseases. There are rare side effects associated with vaccinations. Most of the vaccines are recommended on the basis of person’s age, lifestyle, travel destinations, and health conditions such as diabetes, heart diseases, asthma, and chronic obstructive pulmonary disease (COPD). According to Centers for Disease Control and Prevention (CDC), in 2013,
03-12-2018 | Health & Medicine
CMI - Market Research
X-ray Equipment Market, By Product Type (Computed Tomography, Mobile X-Ray Devic …
X-ray equipment in healthcare is mainly used for imaging of bone structures, tumors, and breast cancer during surgeries, for detecting fractures in bones and teeth, as well as detecting pneumonia. Increasing prevalence of fractures due to osteoporosis, orthopedic disorders, dental problems, and increasing cases of tumor and cancer are expected to boost demand for x-ray equipment in the near future. Rampant advancements in technology and adaptation of advanced medical systems
03-12-2018 | Health & Medicine
CMI - Market Research
Sterilization Equipment and Disinfectants Market – Global Industry Insights, T …
Sterilization is process of killing all micro-organisms and pathogens to avoid contamination by means of using physical or chemical treatment. Conversely disinfection is a process to control the growth of micro-organisms and kill a define class of micro-organisms. Disinfection targets narrow spectrum bacteria leaving bacterial spores intact, while sterilization works on broad spectrum micro-organisms. Autoclave uses high pressure and steam to sterilize solid and glass instruments, and liquid mediums in
03-12-2018 | Health & Medicine
CMI - Market Research
Generic Drugs Market - Global Industry Insights, Trends, Outlook, and Opportunit …
Generic drugs refers to medication that have the same active ingredient as that of a branded drugs. These drugs also yield the same therapeutic effect and are prescribed in the same dosing, with the same quality, and same the way of consumption and usage. However, the inactive ingredients of generic drugs can differ as compared to their branded counter parts. These drugs are mainly marketed after a patent expiry of