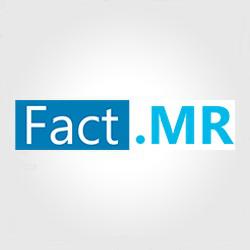 The eSports market is likely to surpass US$ 6,000 million by 2028-end on account of sizeable sponsorships, growing smartphone adoption, introduction of virtual reality and ameliorating eSports infrastructure. A new study on the global eSports market by Fact.MR estimates global revenues to grow by 7x through 2028.As the commercial platform of eSports industry includes the amalgamation of multiple avenues across industries starting from an eSports infrastructure to the broadcast media, the report covers all the vital avenues of the eSports market. Elaborating further, the eSports market is categorized in segments based on device, end-user, age group, revenue stream and region that hold significant influence on the overall performance of the eSports market.Request For Sample Report- https://www.factmr.com/connectus/sample?flag=S&rep_id=217According to the study, an increasing adoption rate of smartphones, development of high definition displays and incrementing internet speed and bandwidth has led to a neck and neck competition between two of the eSports device type segments - tablets & laptops and smartphones. Smartphones are expected to outnumber tablets & laptops segment by 2028 end, considering feasibility, popularity and affordability of the devices.Amidst the prevailing incertitude regarding whether eSports is a sport or a game or a mind sport, the study has categorized two major end users of the eSports market including professional players and occasional viewers. While the number of occasional viewers is on the rise, professional players hold a major market share as more and more youngsters opt to become a professional gamer. In consonance with this trend, the study reveals that among different age groups, revenue contribution from the age group 26-35 years is estimated to expand at a higher CAGR of about 24% during 2018 - 2028.The eSports market study traces the lucrativeness of the market in terms of revenue generation from different streams including sponsorships, advertising, media rights, game publisher fees, and merchandise & tickets segments. The research study observes that as the leading brands across industries are making huge investments to sponsor eSports tournaments, the market share of eSports sponsorships segment is expected to expand at a higher growth rate contributing over 40% of the total market share. In addition, a growing number of partnerships among technology providers and investors has also been covered during the phase of research study.Browse Full Report on eSports Market with TOC- https://www.factmr.com/report/217/e-sports-marketWhile Scandinavians and Eastern European countries were reported to be the most popular YouTube genre in eSports, North America is observed to be the highest producer as well as consumer of eSports across world business regions. According to the Fact.MR analyst, a considerable population of eSports enthusiasts and a hub of technology and business innovation mark the progress of the North America eSports market, reporting the most lucrative double digit CAGR surpassing 24% during the forecast period.eSports industry has rapidly commercialized in the past half a decade owing to the technological advancements and increased accessibility and connectivity of eSports platforms. The behavior of eSports consumers as well as stakeholders is evolving significantly as the eSports industry becomes more structured and commercialized. Further, the recent introduction of eSports as a demonstration sport in the 2018 Asian Games is set to propel the commercialization of eSports during the forecast period.Ask Our Industry Expert for more details on this Report- https://www.factmr.com/connectus/sample?flag=AE&rep_id=217Although eSports challenges the traditional sports in terms of viewership, entertainment and monetization, the eSports market lacks legal governance. An absence of sophisticated approach is gradually quenching the true potential of eSports market against the backdrop of various legal and business issues. The eSports market is expected to overcome these sustainability challenges to maintain a gainful outlook in the years to come.About Fact.MRFact.MR is a fast-growing market research firm that offers the most comprehensive suite of syndicated and customized market research reports. We believe transformative intelligence can educate and inspire businesses to make smarter decisions. We know the limitations of the one-size-fits-all approach; that's why we publish multi-industry global, regional, and country-specific research reports.Contact UsFact.MR 11140 Rockville Pike Suite 400 Rockville, MD 20852 United States Email: sales@factmr.com Web: https://www.factmr.com/ Blog: https://factmrblog.com/ Read Industry News at - https://www.industrynewsanalysis.com/

03-03-2020 | Leisure, Entertainment, Miscel …
eSherpa Market Reports
Cat Litter Box Market | CAGR of 9.1% | Revenue & CAGR of 9.1%
Cat Litter Box Market Report provides precise data about the market size, commercialization aspects and revenue forecast of the industry. The global Cat Litter Box market offers a historical factsheet relevant to the strategic mergers, acquirements, joint venture activities, and partnerships spread in the Cat Litter Box market. The most advanced data has been presented in the study on the revenue numbers, product details, and sales of the major firms.
06-15-2018 | IT, New Media & Software
MarketResearchReports.biz
Predictive Analytics Market Growing at Strong CAGR of CAGR of 25.31% 2019
Predictive analytics helps to extract information from the existing data. It helps in understanding the pattern and predict the trend or future for the organization. It uses what-if scenarios to predict possible risks involved in the future. Predictive analytics also helps in the optimization of the marketing campaigns and understanding of the customer behaviour for increasing the end-user response and to reduce the churn. Predictive analytics is segmented into: Risk management:
01-16-2018 | Advertising, Media Consulting, …
Persistence Market Research Pvt. Ltd
Global Absorption Chillers Market Reflecting a CAGR of 7.6% CAGR through 2025
The demand for thermally-driven chillers in multiple industrial verticals is poised to grow in the immediate future. Considering the rising demand for electrical chillers in commercial, residential as well as industrial settings, the adoption of absorption chillers will gain traction at considerable rate. By consuming lesser energy than conventional electrical chillers, absorption chillers will also garner surplus demand for not using ozone-depleting chlorofluorocarbons (CFC) for chilling purposes. Persistence Market Research’s
10-27-2017 | Advertising, Media Consulting, …
Transparency Market Research
Aircraft Sensors Market Growing at a CAGR of 6.4% CAGR By 2022
The global aircraft sensors market is forecasted to receive a strong push in its growth momentum on the back of advancements in technologies, massive investments forwarded by private equity groups, and the elevation in the demand for aircraft. Adherence to the requirements and regulations of authorities such as local aircraft regulatory bodies and the Federal Aviation Administration (FAA) could pamper the growth of the market. Nonetheless, there could be more
10-09-2017 | Advertising, Media Consulting, …
Transparency Market Research
China Baby Diapers Market Reflecting a CAGR of 19.1% CAGR 2012-2017
The increasing birth rate in China has proven to be a boon for the country’s baby diaper’s market. To provide a comprehensive analysis of the growth trajectory exhibited by the China baby diapers market and study the impact of the dynamic regulatory policies on the market, Transparency Market Research (TMR) has published a report, titled “Baby Diapers Market - China Industry Analysis, Market Size, Share, Growth, Trends And Forecast, 2012
09-22-2017 | Business, Economy, Finances, B …
Persistence Market Research
Ecg Device Market Register a CAGR Growth of 4.1% CAGR by 2024
This region holds highest market share over the forecast period (2016-2024) and is expected to exhibit slow growth rate. The Asia Pacific is expected to be the fastest-growing region for ECG devices owing to its increasing incidence rate of cardiovascular diseases and high population. ECG devices are experiencing a paradigm technological shift from resting ECG systems to portable Holter monitoring systems, owing to their advantages of patient mobility, low prices and
Comments about openPR
OpenPR ist the nicest and most clearly laid out PR platform I have seen to this day. The press releases are displayed very nicely and clearly and without any unnecessary frills. The updates are fast and the finished release looks appealing and is clearly legible. Even with 16 years of experience one discovers new things from time to time. Congratulations!
Gabriele Ketterl, Director Marketing & PR, Menads