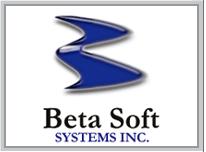 Beta Soft registers steady IT rise By Martin Desmarais Dated: May 25, 2010 Founded in May 2005 by husband and wife Vishal and Rita Mangla, Beta Soft has been on a steadily rocketing revenue track – rising from $1 million in its first year, to $4 million in 2006 and $6.5 million last year. Beta Soft registers steady IT rise Bay Area company ramps up with recent SBA certification By Martin Desmarais Beta Soft Systems CEO Ritu Mangla. FREMONT, Calif. – Though Beta Soft Systems Inc. is just three years old, a quick look at the IT consulting firm’s client list suggests it is no lightweight. Customers include: Wells Fargo, eBay Inc., 3Com Corp., Google, AT&T Corp., Cisco Systems Inc., Charles Schwab & Co. Inc., Gap Inc., General Electric Co., Bank of America Corp., SAP and Yahoo! Inc. Founded in May 2005 by husband and wife Vishal and Rita Mangla, Beta Soft has been on a steadily rocketing revenue track – rising from $1 million in its first year, to $4 million in 2006 and $6.5 million last year. The company is projected to haul in $12 million this year. Ritu Mangla serves as chief executive officer; Vishal is company vice president. The company offers a number of IT consulting services focusing on application development, business process management, quality assurance, business analysis, configuration management and Web products and services. The company, which is headquartered in Fremont, Calif., has 150 employees, but only about 25 actually work in house. Because of the nature of the IT consulting business most of Beta Soft’s employees work on location with its clients. When asked about its consistent growth and impressive client list, Rita Mangla credits Beta Soft’s success to the company’s ability to build relationships with clients and always impress them with the quality of work. “The main reason for our success is quality,” she said. “We never had any person coming back to us with quality issues.” Being in the IT business, she also said it is very important to keep the company and employees on the cutting edge of technology and the newest services. For this reason, Beta Soft places a strong emphasis on making sure all consultants are updated on the industry’s latest trends, strategies and approaches. Mangla also said that Beta Soft gets its employees whatever they need to get the job done the most effective and efficient way possible. Page 1/2 PR Log - Global Press Release Distribution She believes that Beta Soft’s march upward can also be attributed to being able to work with good customers, who provide solid leads to potential customers and testimonials to help bring them on board. She views the quality of the work performed by the company’s employees and the excellent customers as part of the same driven force behind growth. “We have very good clientele and very good employees working for us,” she said. Perhaps most surprising about an IT consulting firm run by two Indian-Americans is that Beta Soft does not outsource any work to India, as of yet. The company manages all of its services through U.S.-based consultants. Mangla said avoiding the Indian outsourcing strategy was more a matter of necessity than anything else. As the company got off the ground and started to grow, she did not feel that Beta Soft’s management had enough attention to spread around to a facility in another country, she said. Once again the matter came back to quality and Mangla said she did not feel Beta Soft, at the start, could ensure the same quality trying to handle oversees operations. “I am here, my husband is here – we believe in quality – we want to have everything in front of our eyes,” she said. “I know that is a plus for our company.” Now, though, Beta Soft’s growth and the increasing need to find cost-saving measures to compete in the cluttered IT services industry has the company turning its eyes toward India. According to Mangla, the plan is to open operations in Chandigarh. Still with strong convictions about keeping a watchful eye over the work, her husband will most likely travel back to India to launch and oversee the operations there. The aim is to have about 25 employees working in an Indian facility. But Beta Soft has no aspirations to be anything other than a U.S. company. “Our home base will definitely remain here,” Mangla said. “But we don’t want an untended facility.” Mangla and Beta Soft have made some other recent moves to continue the company’s upward growth, most notably attaining minority business certification from the U.S. Small Business Administration. She views receiving this certification as a very strategic move for the company because it opens the door to the government sector. “With this certification we will now be able to get government clients,” Mangla said. “We are looking forward to it. “We don’t want to deal with the private sector only, we want to deal with deal with the public sector,” she added. “It is just the expansion plan we were aiming for.” The immediate benefit of the SBA minority certification will be the ability to work with municipalities in California, which Beta Soft is looking to do very quickly, according to Mangla. “We could not even bid on this kind of work before, now we can,” she said. “It will generate revenue for the company.” The Manglas came to the United States in 2000. Rita Mangla has a background as a quality assurance engineer and business analyst working with companies such as eBay, E*Trade Financial Corp. and Bank of America. Vishal Mangla has a background in the IT industry and marketing.Beta Soft Systems in a IT consulting and Staffing company.39111 Paseo Padre Pkwy, #202 Fremont, CA