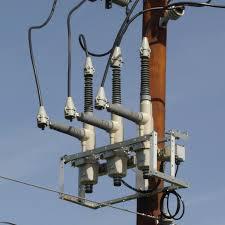 Market Scenario Reclosers are the power equipment which are high-voltage, automated electric switches. Reclosers are capable of detecting the trouble in the electric line, automatically and remove the fault in the electric line. The recloser resets the temporary problem automatically and restores the electric power. In case of trouble re-occurrence of more than three times, the recloser shuts off the power to prevent the line from any accident.The global power value chain industry is witnessing an exponential growth by due to increasing power demand due to increase in urbanization and industrialization from developing economies. The power sector is majorly moving towards the private sector with less state control. With more and more players entering the power market, many technologies have been introduced in the power generation, transmission and distribution sector to come up with unique products and technology. Request for Sample This Report @ https://www.marketresearchfuture.com/sample_request/6022One of major drawbacks that the power industry is facing is the old infrastructure and scarcity of distribution network around the nations. At the end of 2016, only 87%, of total global population had access to electricity. Another drawback that pertains in the power downstream sector is the poor reliability of infrastructure that is the basic reason for electrical hazards. One of the prime methods to increase the service reliability in the electricity distribution network is the installation of automatic circuit breaker, the reclosers. Global recloser market is anticipated to augment in near future due to various factors including privatization of power distribution business, technological advancement across the power value chain, widening of power distribution network, and globally increasing power generation capacity. One of the main concerns about power distribution has always been accidental circuit breaks, which causes damage to appliances and property. For instance, a normal circuit breaker will cut out in case of any disturbance in the load balance while the reclosers serve completely by automatic testing of trouble, protection, automation, metering, and data acquisition functionality to maximize system performance in the electrical distribution system, and reduce customer outages.The primary function served by the installation of recloser technology is the detection of cause of interruption and fault in the distribution lines, cutting out the current, and restoring the current supply after period of the fault is over. This is fulfilled by a variety of recloser available in the market that work accordingly in a particular type of fault. Reclosers enhance the operational sustainability of the distributional systems by making use of phase recloser and recloser controls that work on the basic principle of automation. Global recloser market has been segmented based on phase recloser type, insulation type, voltage rating type, control type, and by region. Based on phase recloser type, products are classified as single-phase recloser, three-phase recloser and triple phase recloser. Three phase recloser are expected to gain more profit due to their technological advantage over single-phase recloser. Three phase reclosers have huge power to weight ratio, therefore having smaller size and also the requirement for conductor material is lesser in three-phase recloser, making it a feasible option over single-phase recloser. Based on insulation type, recloser market is segmented as oil-insulated reclosers, gas-insulated recloser, and epoxy-insulated recloser. Since epoxy insulated reclosers are permanently flexible, and have hydrophobic prevention, these are mainly used for installations. Based on the voltage rating type, the recloser market is classified as High voltage recloser, medium voltage recloser and low voltage recloser. High voltage recloser fulfills the purpose of handling trouble at level of 38 kV and are used in substations, convertor stations. The recloser market is further segmented on the basis of control type, which include electrical control, hydraulic control and micro-processor control based technology.The recloser market industry is anticipated to have profits in the near future because of factors such as increased electricity demand and increasing investments in the power distribution services from the fast-growing economies. The market for recloser technology is expected to benefit from the high growth of countries such as India, Japan, and China, and from Mid-East countries.Global Recloser market is expected to expand at ~ 6% CAGR during the forecast period.Market SegmentationGlobal Recloser Market The growth of reclosers is going to be mainly influenced by the expanding investment in the power distribution sector and technology around the global power industry. The distribution system has been experiencing conventional obsolete infrastructure and scarce distribution network. Recloser technology is implemented by the distribution companies for avoiding the incidents relating to load imbalance and short circuits. The advanced reclosers can efficiently handle the three consecutive faults consecutively at 80%, 50%, and 30% clearance probability, respectively. However, higher installation costs and the instances of operational failures hinder the increased implementation of recloser technology.Access Complete Report @ https://www.marketresearchfuture.com/reports/recloser-market-6022Key Players The key players of global Recloser Market are ABB (Switzerland), Eaton (Ireland), Siemens (Germany), G&W (China), General Electrics (U.S.), Schnieder (France), Noja Power (U.S), Stelmec (India), and Arteche (Spain). Entec Electric and electronic (Korea), Solomon Corp. (U.S), Hughes Power System (Sweden), and Ergon Energy (Australia) are among others.At Market Research Future (MRFR), we enable our customers to unravel the complexity of various industries through our Cooked Research Report (CRR), Half-Cooked Research Reports (HCRR), Raw Research Reports (3R), Continuous-Feed Research (CFR), and Market Research & Consulting Services. MRFR team have supreme objective to provide the optimum quality market research and intelligence services to our clients. Our market research studies by products, services, technologies, applications, end users, and market players for global, regional, and country level market segments, enable our clients to see more, know more, and do more, which help to answer all their most important questions. In order to stay updated with technology and work process of the industry, MRFR often plans & conducts meet with the industry experts and industrial visits for its research analyst members.Market Research Future +1 646 845 9312 Email- Sales@marketresearchfuture.com

02-21-2019 | Energy & Environment
Market Research Future - MRFR
Recloser Market Research Report: Information by Phase Recloser Type (Single, thr …
The power industry is facing high demand from the developing nations like China and India. Besides, there is huge demand for reliable power infrastructure in the distribution sector. Typical circuit breakers were not able to cope up with the load fluctuations and long power cuts due to circuit breaks. This has driven the market for reclosers as they are capable of handling load imbalances and automatic resetting of power. Sample
01-04-2019 | Advertising, Media Consulting, …
Prudour Pvt. Ltd.
Technological Innovations in Recloser Control Market with Key Developments.
The global recloser control market report has been segmented on the basis of voltage, type, phase, insulation, and region.Recloser control is a device used in overhead distribution systems to clear faults in circuits. Recloser control improves serviceability by restoring power to the line after a momentary fault. Rising demand for electric supply automation, for better quality and reliability and increasing use of electrical equipment and devices coupled with growing demand
11-12-2018 | Energy & Environment
Allied Market Research
South America Recloser Market - Opportunities and Forecast, 2017-2023
Recloser is a fault detecting device which guards the power system against service interruption by automatically opening and re-establishing the line in case of short circuits. The device prevents disruption of transmission service due to temporary faults occurring in an overhead power distribution system. Access Full Summary: https://www.alliedmarketresearch.com/south-america-recloser-market?utm_source=openpr Demand for automatic restoration capacity of power, high reliability factor in distribution systems, reduction in outage costs, need for automated data collection, and need
08-03-2018 | Advertising, Media Consulting, …
6Wresearch- Market Intelligence Solutions
Europe Load Break Switch and Recloser Market (2018-2024)-6Wresearch
Increasing Power Demand and Rising Renewable Energy Share Would Create New Power Generation and Distribution Projects Which Would Surge the Demand for Load Break Switch & Recloser Market in Europe During the Forecast Period - 6Wresearch Load Break Switch & Recloser market in Europe would register substantial growth over the next six years with huge investment in power generation and distribution sector to cater the increasing power demand in the region.
08-02-2018 | Advertising, Media Consulting, …
6Wresearch- Market Intelligence Solutions
Africa Load Break Switch and Recloser Market (2018-2024)-6Wresearch
Growing Construction Sector and Increasing Emphasis on Power Sector would be the Key Drivers for the Growth of Africa Recloser and Load Break Switch Market - 6Wresearch Several African countries such as Nigeria, Kenya and South Africa are keen in improving the share of clean energy in power generation mix and to improve electrification rate. Huge investments made under these initiatives would increase the demand for recloser and load break Switch
05-24-2018 | Advertising, Media Consulting, …
9Dimen Research Store
Global Recloser Market 2018-2023 Siemens, Eaton, Hubbell, Sunrise Electric
A market study "Global Recloser Market" examines the performance of the Recloser market 2018. It encloses an in-depth Research of the Recloser market state and the competitive landscape globally. This report analyzes the potential of Recloser market in the present and the future prospects from various angles in detail. The Global Recloser Market 2018 report includes Recloser market Revenue, market Share, Recloser industry volume, market Trends, Recloser Growth aspects. A wide
Comments about openPR
OpenPR is clearly structured and remains true to its principle of confining itself to the essential parts. OpenPR has proven to be a very good and reliable partner to our media agency: Within the shortest time the releases are online and go down well with the media representatives. The success of OpenPR is reflected in the steadily increasing number of press releases. It is good that OpenPR exists!
Ursula Koslik, Director Marketing & PR, F+W Hamburg